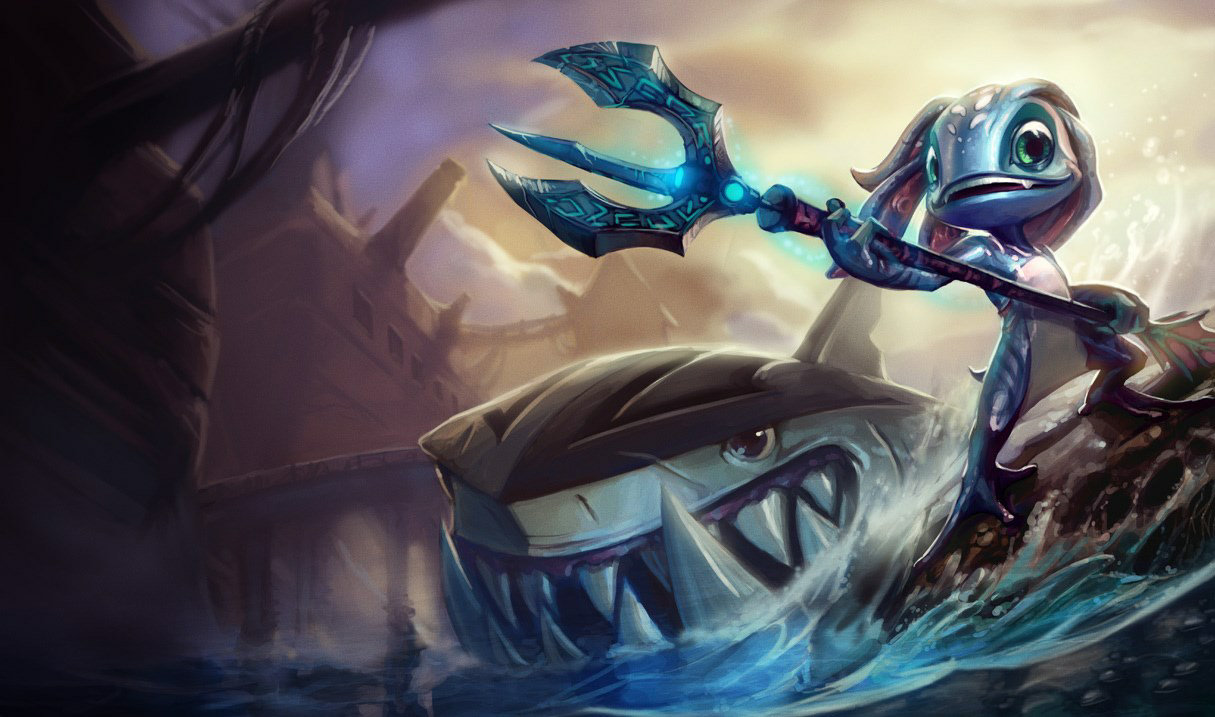 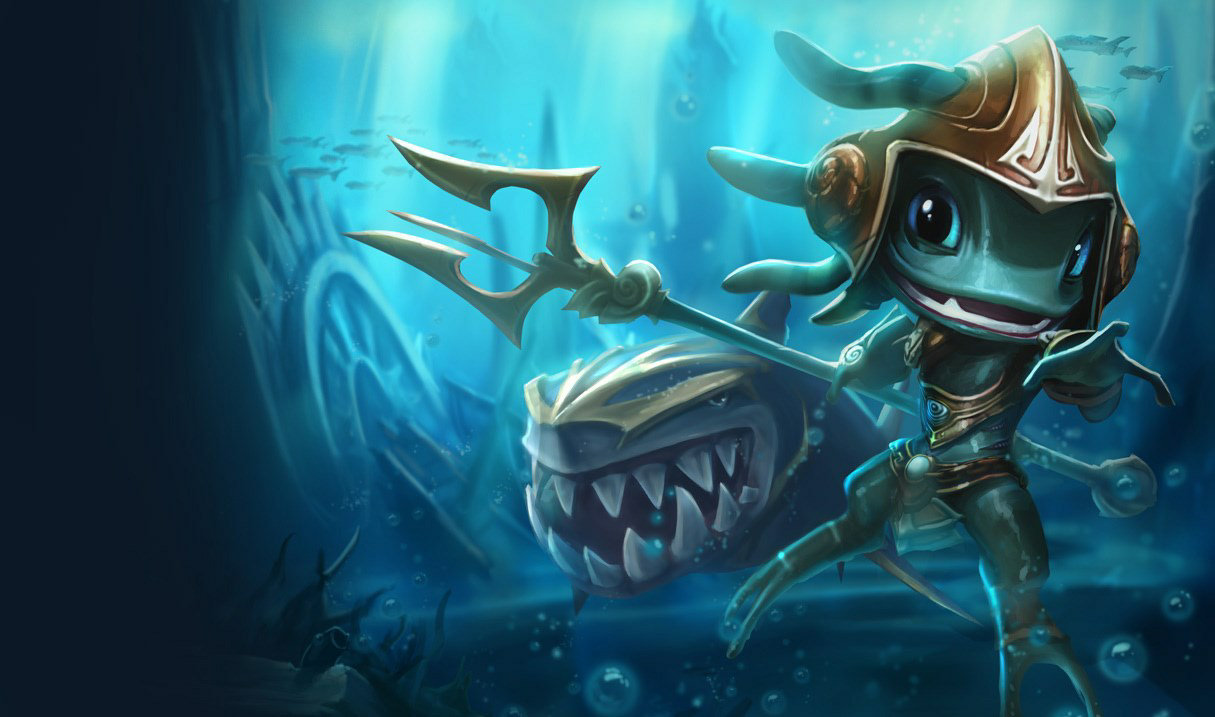 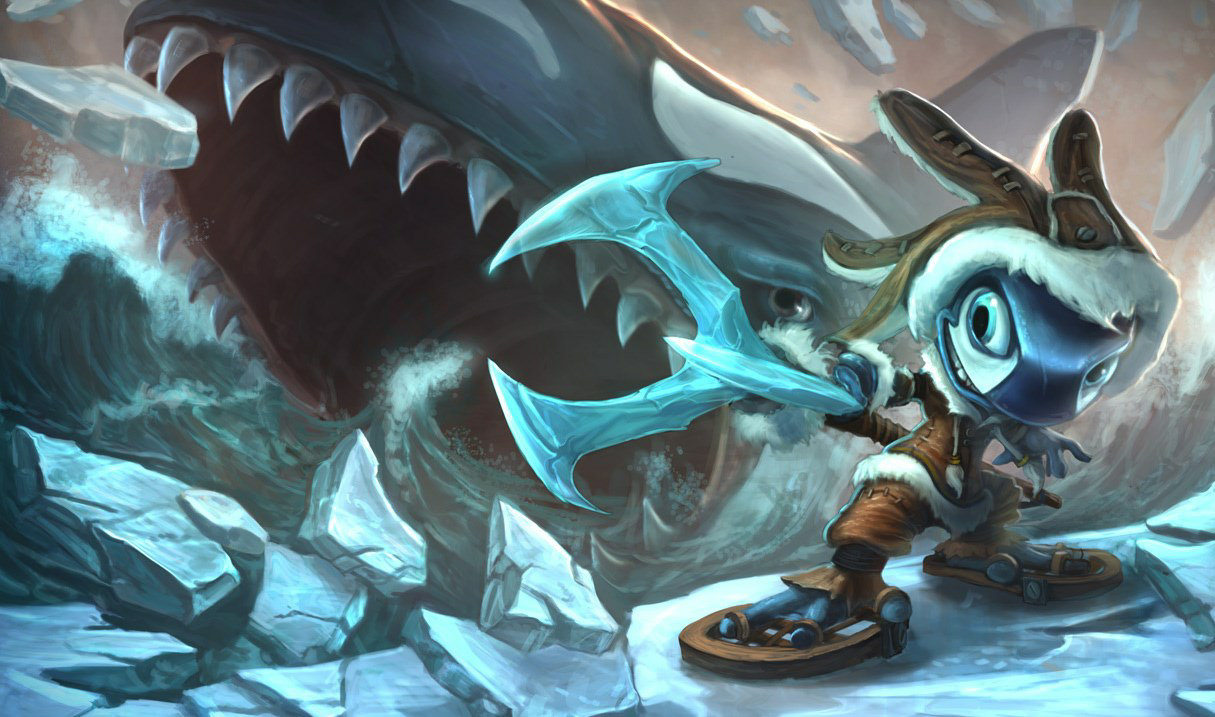 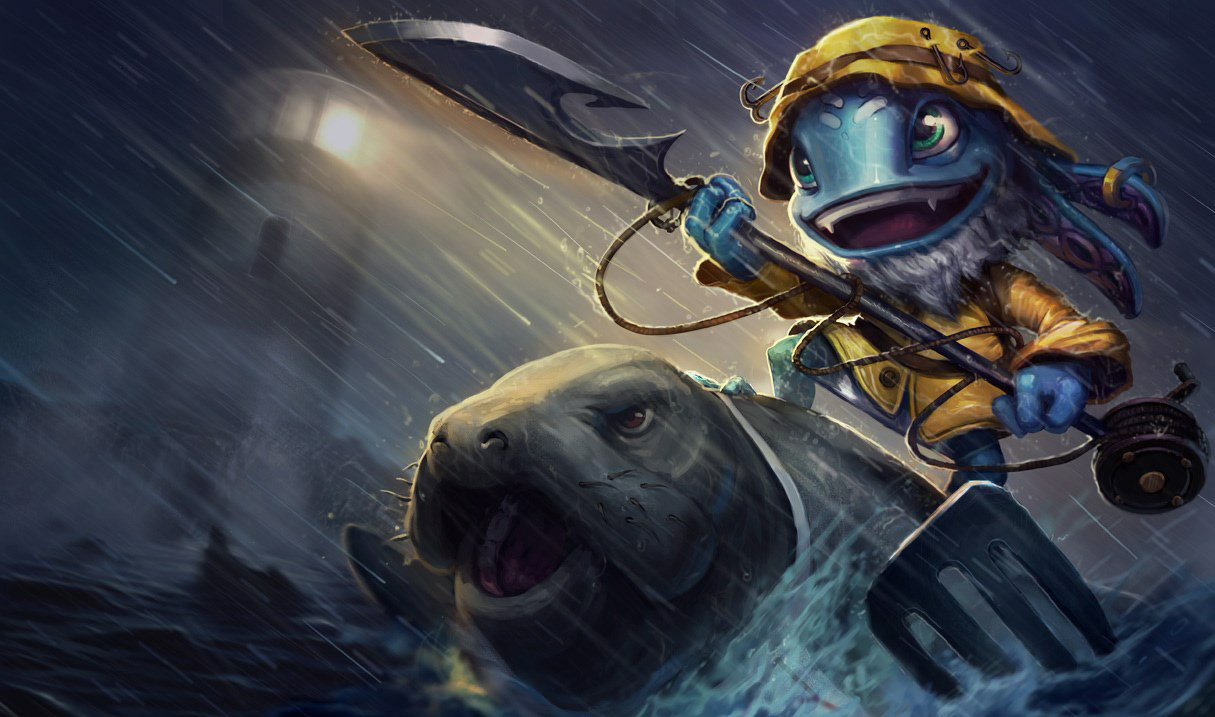 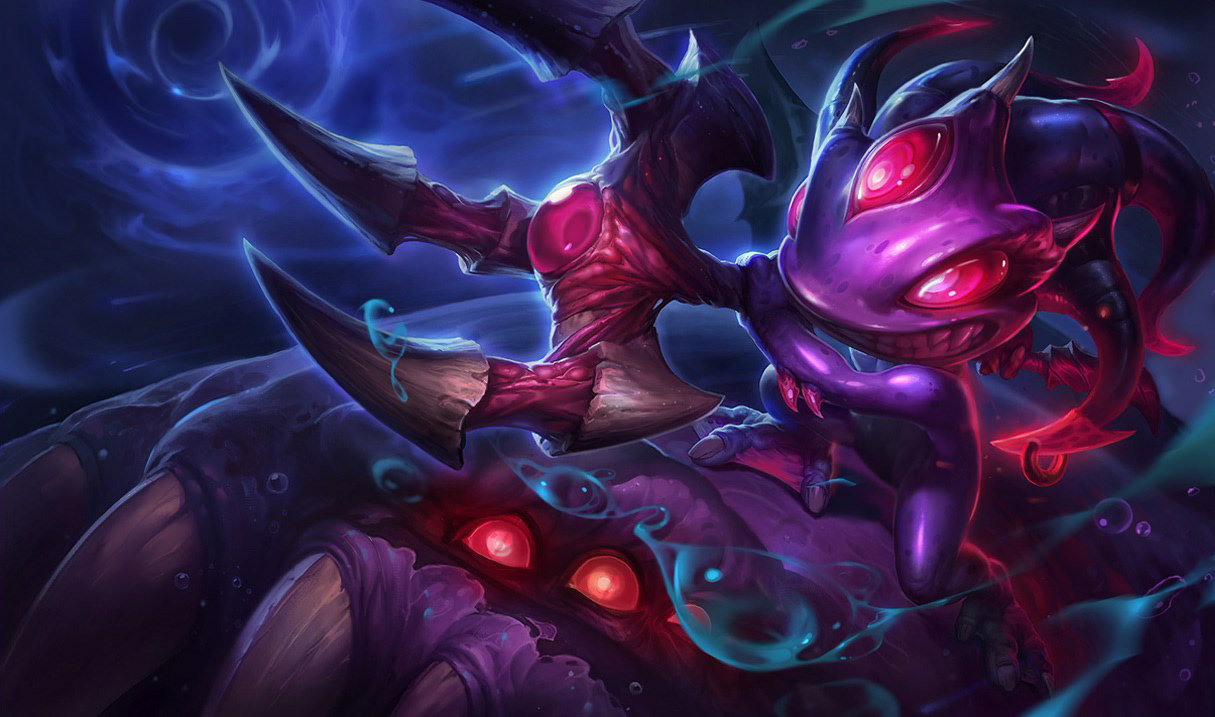 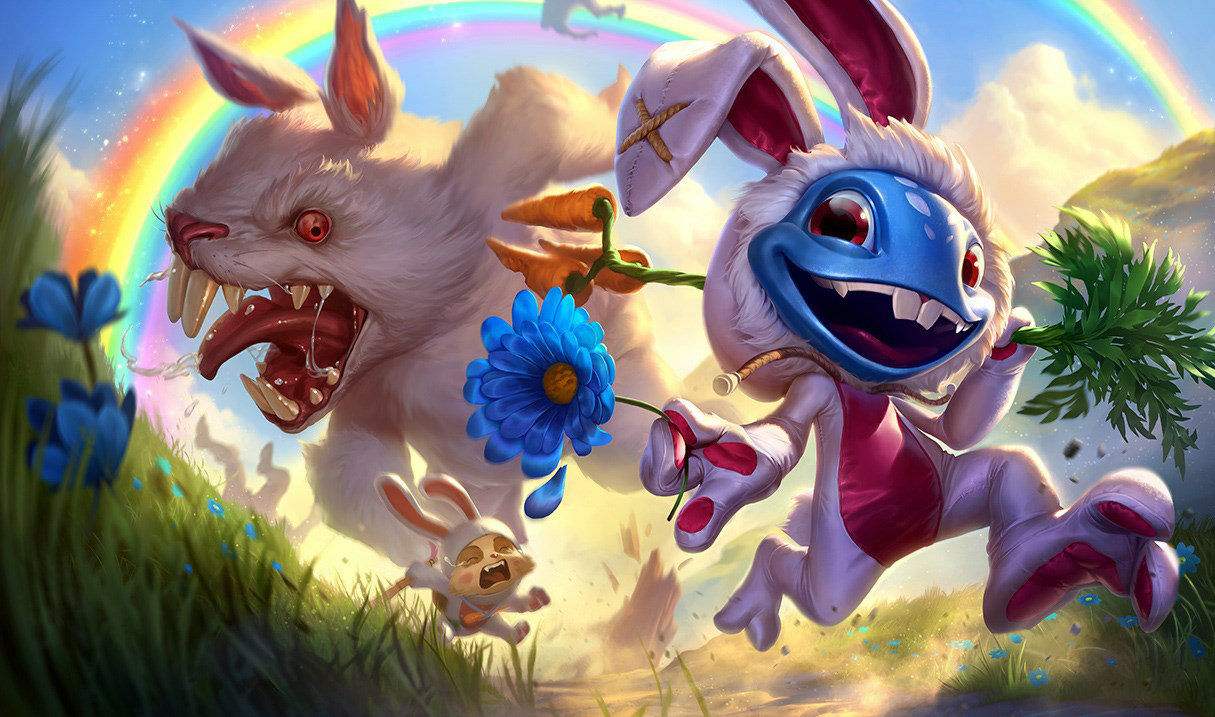 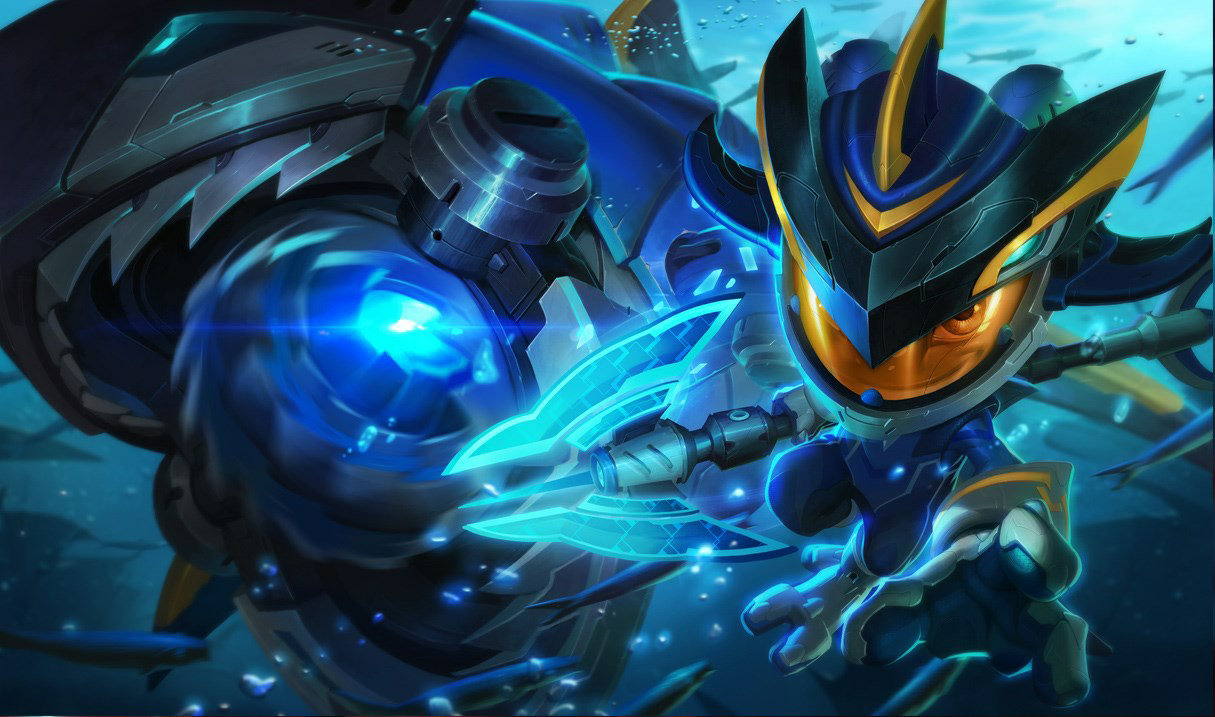 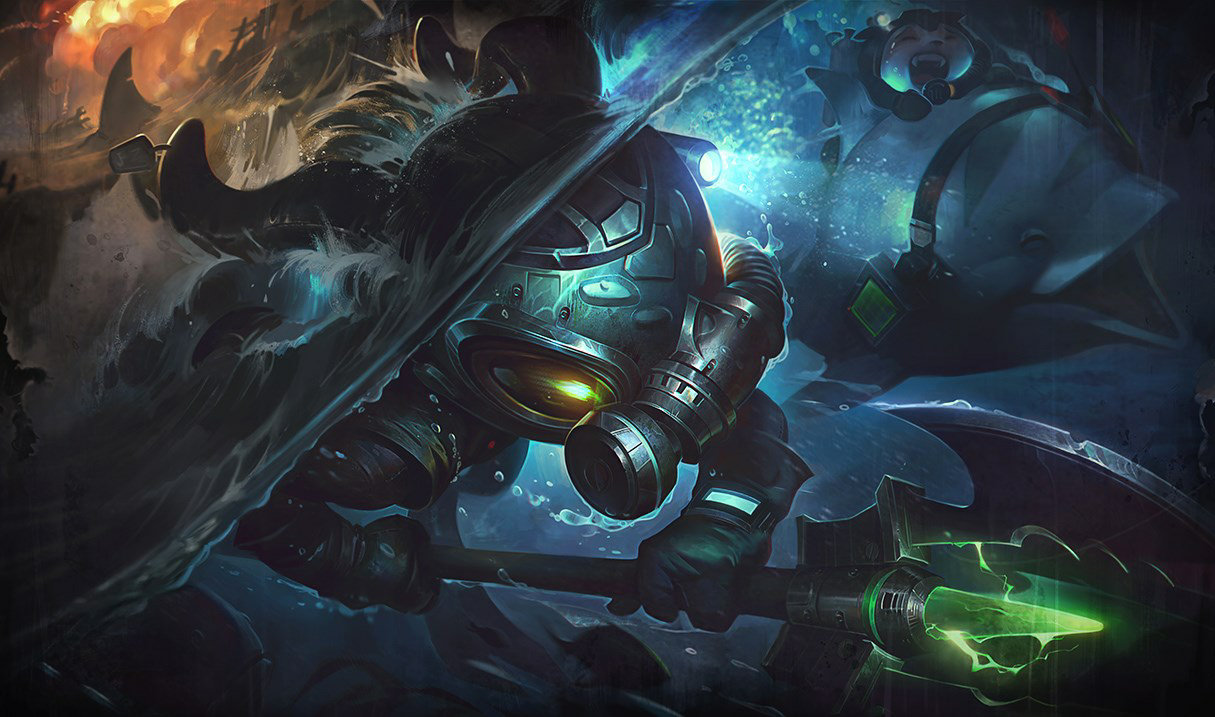 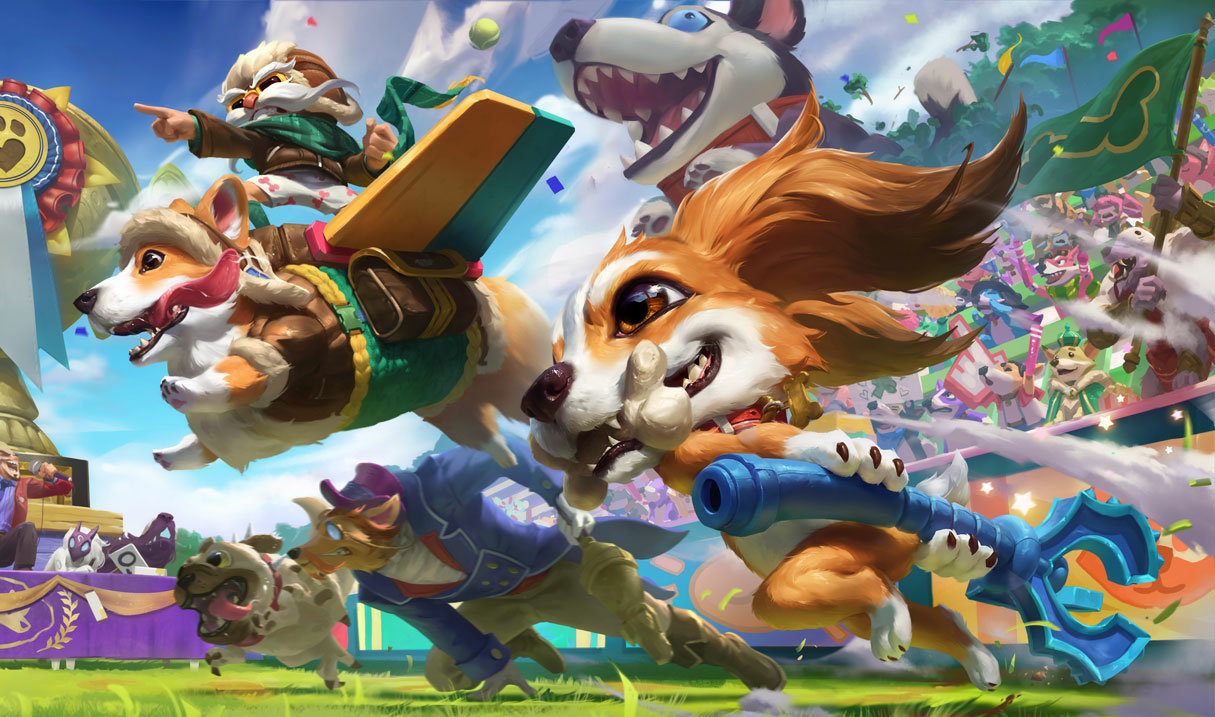 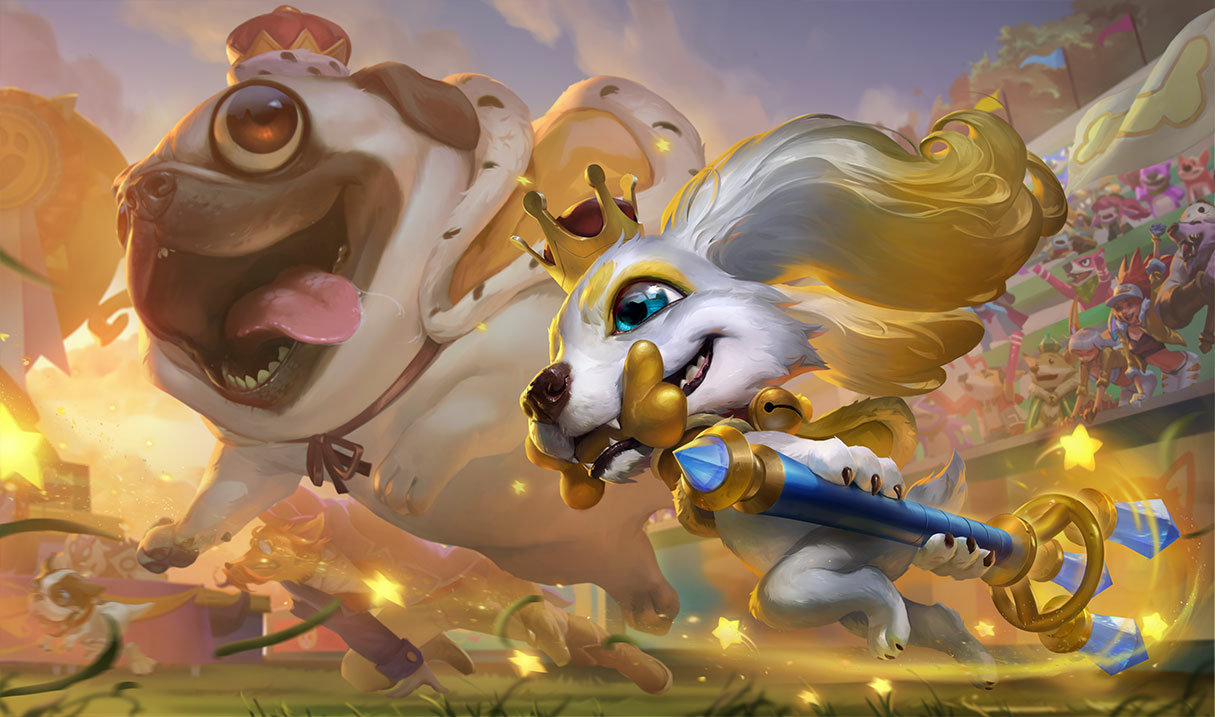 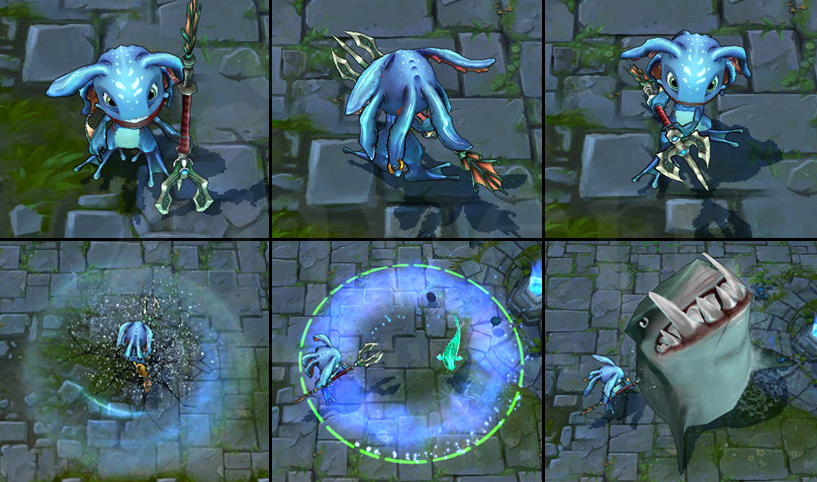 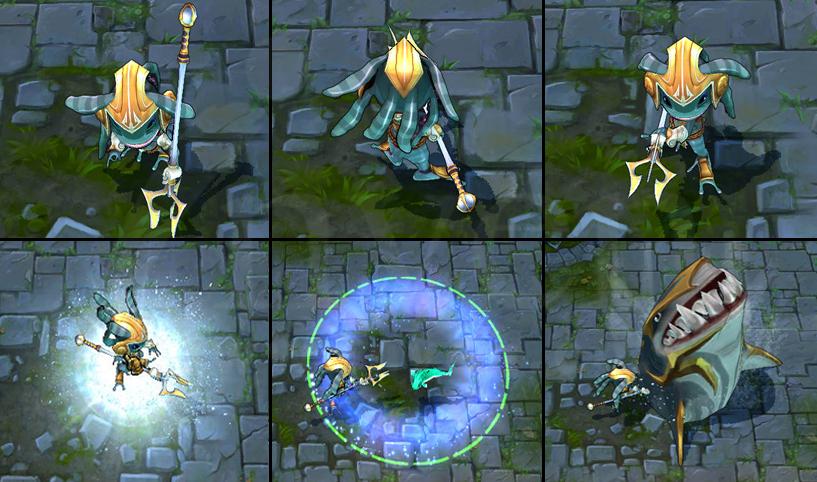 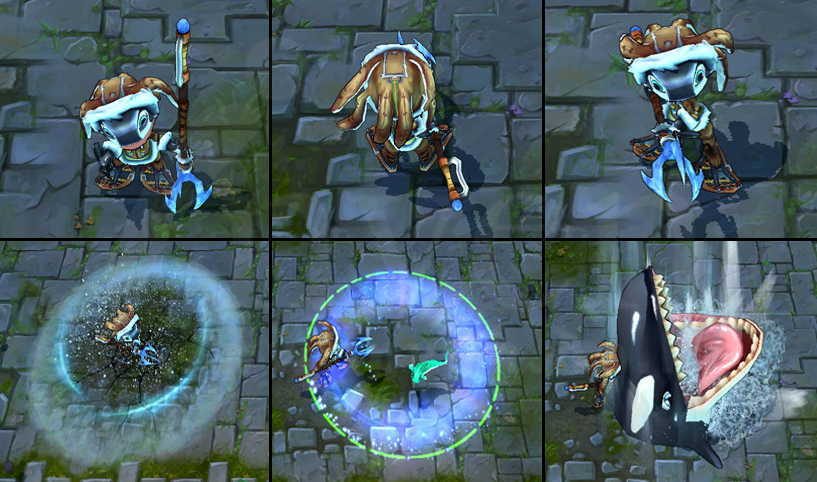 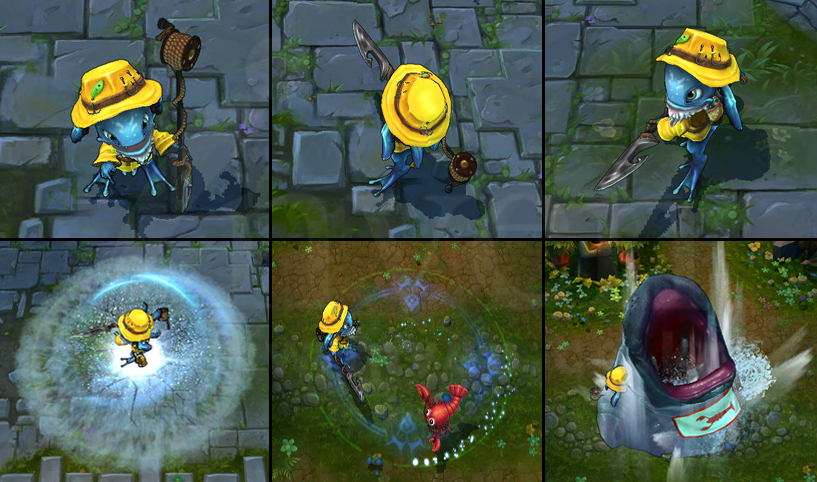 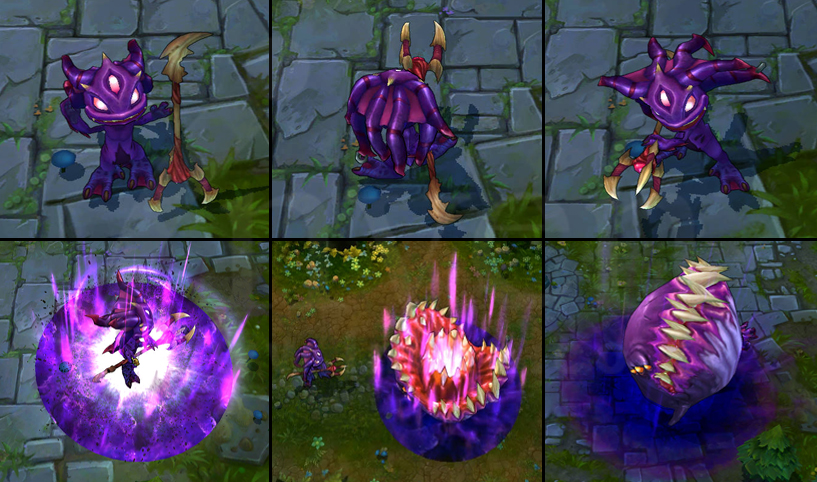 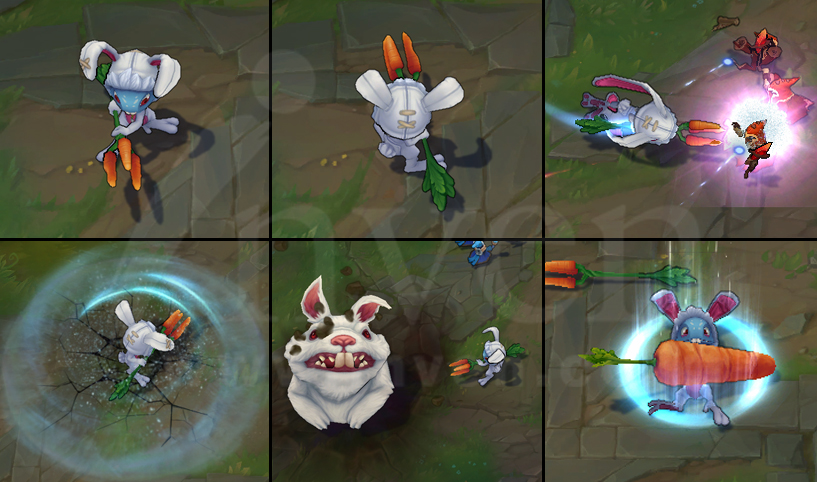 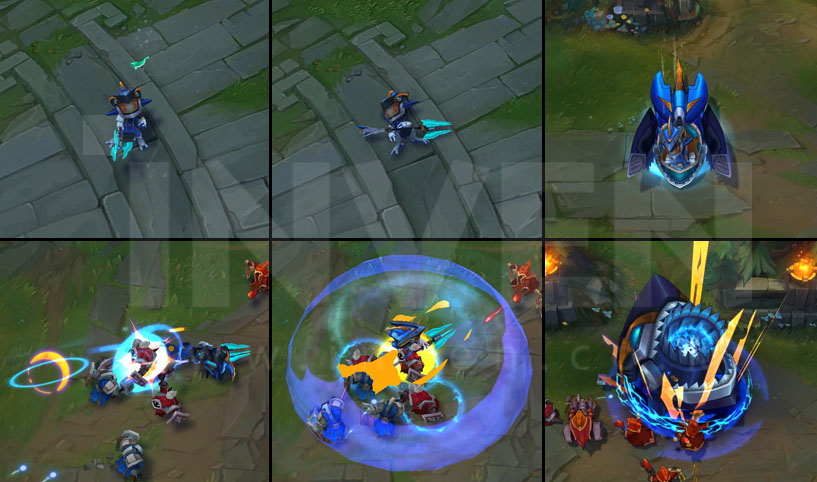 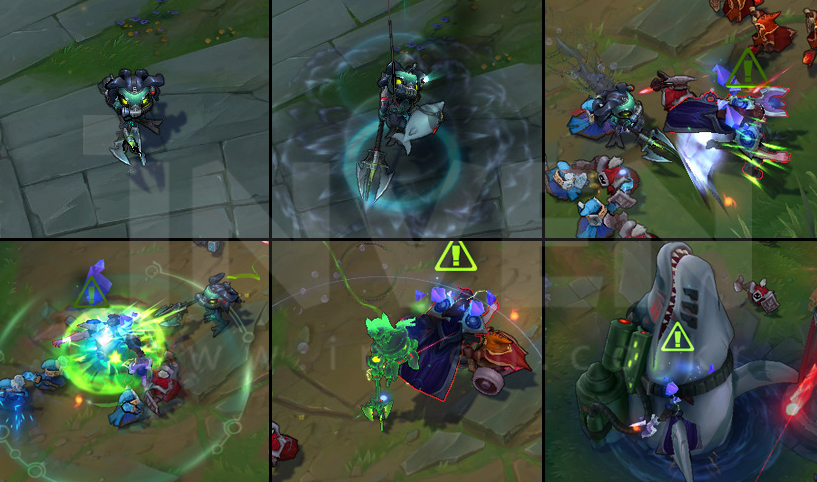 Fizz is an amphibious yordle, who dwells among the reefs surrounding Bilgewater. He often retrieves and returns the tithes cast into the sea by superstitious captains, but even the saltiest of sailors know better than to cross him—for many are the tales of those who have underestimated this slippery character. Often mistaken for some manner of capricious ocean spirit, he seems able to command the beasts of the deep, and delights in confounding his allies and enemies alike.