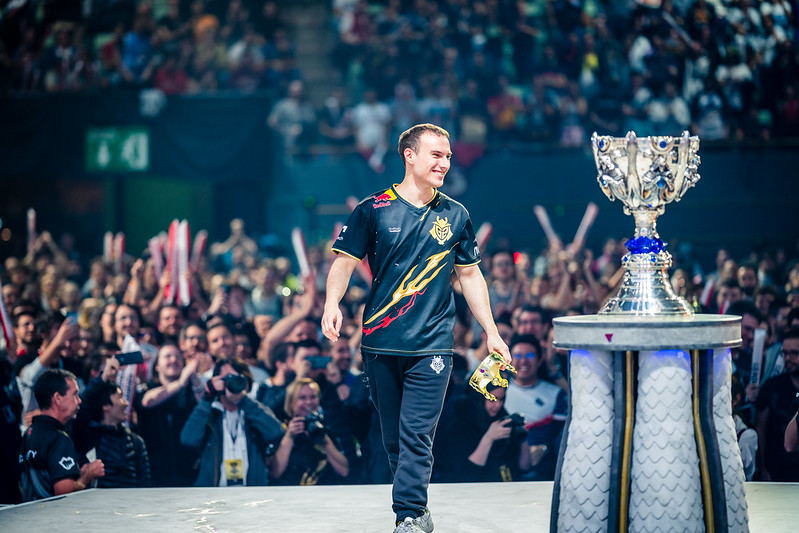 The Semis rematch from MSI 2019 did not disappoint, living up to the expectations set on these two Worlds giants. But these aren't really the same two teams that graced the stage in Taiwan just five months ago. Marcin "Jankos" Jankowski said it in the pre-game interview, the casters said it throughout the series, and the teams showed us in their playstyle - these teams have evolved.

In the draft, they traded Ryze and Renekton priority, Gragas/Yasuo, Xayah and Kai'Sa. Take a glance at the gold graphs, it's a roller coaster of ups and downs as each team will squeeze out a couple thousand lead just for the other to answer and reverse it, back and forth.

This was perhaps the most hyped series possible this tournament, the only thing to potentially match it would've been either a rerun for FNC and IG in the Finals, this very match being in the Finals rather than the Semis, or if Liquid met Clutch Gaming in the Finals to prove that NA is king. (The last one is a JOKE, please don't crucify me on Twitter.)

In the end G2 Esports took the series, their hand topped the baseball bat in the back and forth trades between the LCK and LEC first seeds. They took down the most successful team in professional League of Legends history, sending Lee "Faker" Sang-hyeok home before the Finals for the first time in his entire career.

Coming into the day, the casters and analysts set up the story of the two roaming mid laners, each of them looking to find ways to affect the map, working as a secondary jungler of sorts. And of course, that was a constant throughout the series, but what wasn't talked about was how strong  of a handshake the teams would make on these rotations.

In a direct juxtaposition from yesterdays Semis against the two LPL powerhouses, where each team looked to smash directly into the other and fight over anything and everything, this series represented the sort of "high class League" that the LCK utilized back in the day to establish control and slowly suffocate their opponent.

Each and every game seemed winnable by either team at any given moment, and that's because both teams were always concious of keeping a winning condition alive. More than mid lane roams, we saw Rasmus "Caps" Borregaard Winther sitting in a side lane smashing down tier two turrets, and even stealing away an inhib while SKT went for pressure mid or on Baron.

If they can't fight, they can pressure. And that is truly how this series was defined.

I could give a run down of each game, I could not how specific interactions caused specific leads and showcased each team's understanding of the game and evaluation of the map-state, but I personally can't do it justice in this article.

Just do yourself a favor and watch the series.

But check back here later this week for a deeper dive into the intricate manipulations G2 utilized to secure the win. The 3-1 score does not represent how close the games were. SKT seemed clear to take it in two of their lost games, and if they had, it would've been a 3-1 in the other direction.

G2 was at the top of people's lists coming into Worlds, and they made it to the Finals over the LCK favorite. They are just three nexuses away from being the first ever team to complete the Grand Slam. Follow us here for more leading up to their Finals match against FPX next weekend.