The finals for the fall season of Collegiate Vainglory are over and the results are in! In case you missed it, check out the VOD below and catch up on all the excitement!

The Grand Finals between Illinois and Long Beach. Who will come out on top?

Let’s not waste any time and look at each game, shall we? 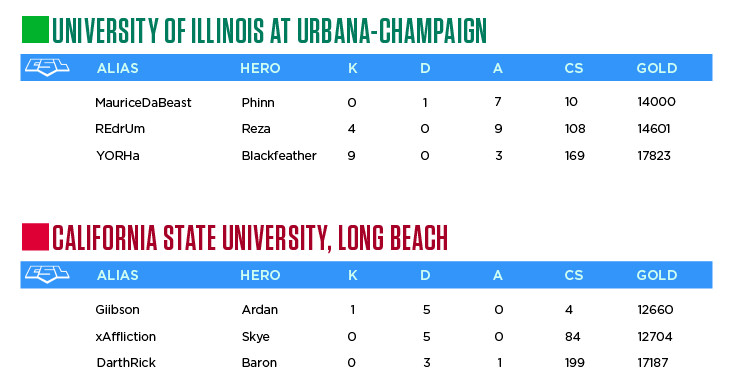 In the first match, we saw both teams feel each other out competitively. Illinois’ semifinals opponents forfeited, leaving their playstyle opaque coming into the finals. Long Beach had their match streamed against Toronto, leaving Long Beach’s tactics exposed. Despite a good fight from the Long Beach squad, Illinois took immediate control of this match, ending it with a Kraken push with 13-1 on the scoreboard. For the less experienced team in the finals, Illinois certainly packed a punch.

Long Beach got a better grip of the competition, while Illinois attempted some unorthodox role-switches in their line-up. While I don’t believe Illinois was cocky here, they definitely were looking to throw Long Beach a curveball that they unfortunately caught as the game went on. Still, this was a close one, only ending after a persistent push by Long Beach that put Illinois back in their place. 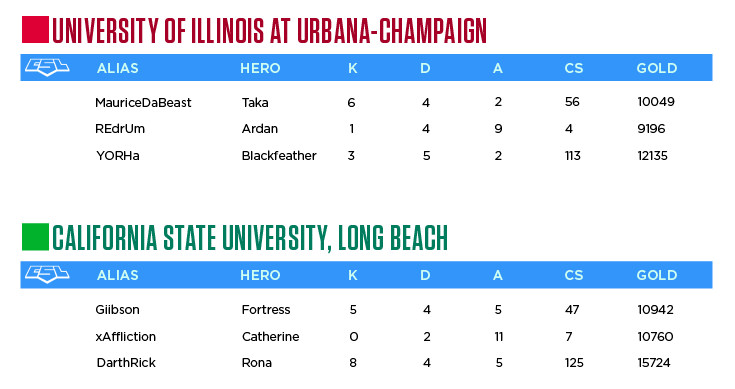 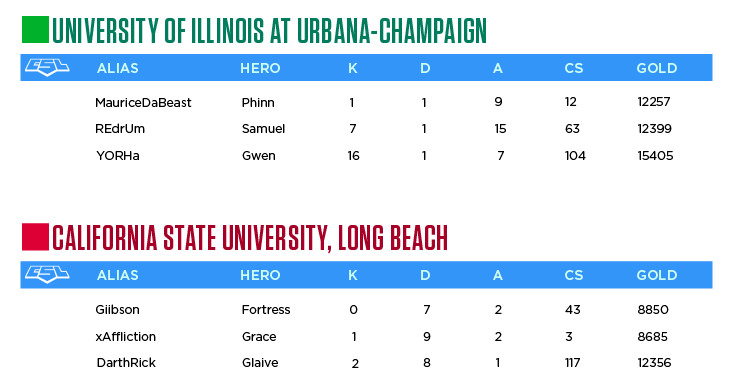 By the third match, Illinois switched back to old tactics by giving MauriceDaBeast another round as Phinn, which seems to do well for them as they snowballed to a quick finish. After the unfortunate ace at the beginning of the game, Long Beach quickly fell behind, and by the ten minute mark Illinois had complete reign of the map. With some great teamfights to showcase their synergy and prowess, this is the match that shows how good Illinois is as a collegiate team. 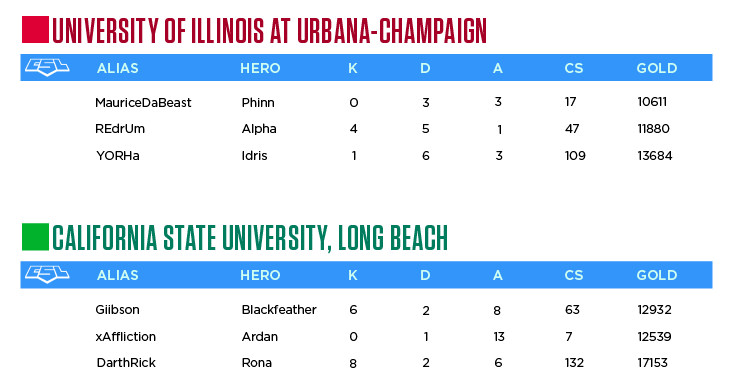 At this point in the series, I think Long Beach finally got ahold of themselves and warmed up to Illinois’ tactics. Long Beach has always rubbed off on me as a team that needs some time to get going, but once they do, they’re nearly impossible to hold down without some tricks to mess up their footing. To get back on track though, Long Beach took control of this game pretty handedly, and it’s games like these that make me wonder why I even doubted them against Toronto at all. 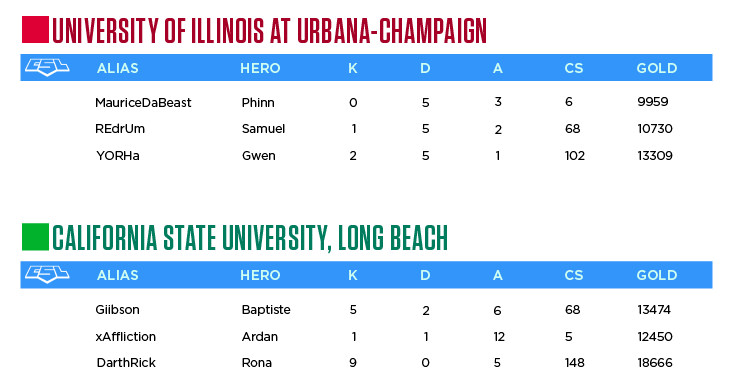 In the last game of the fall season of CSL Vainglory we have a blind pick with no bans, giving both teams flexibility in picking their comps. However, this doesn’t seem to give Ilinois much breathing room as Long Beach dominated this last match, making them the winners for this season of Collegiate Vainglory! Huzzah!

California State University, Long Beach overcomes University of Illinois at Urbana-Champaign 3-2, in some of the best games we’ve seen all year. Congratulations to both teams for an amazing performance, and a great send-off for the holidays.

So that’s it! Congratulations to Long Beach for the great performance this friday, and props to Illinois as well for a great end to a season. Happy Holidays, everyone!