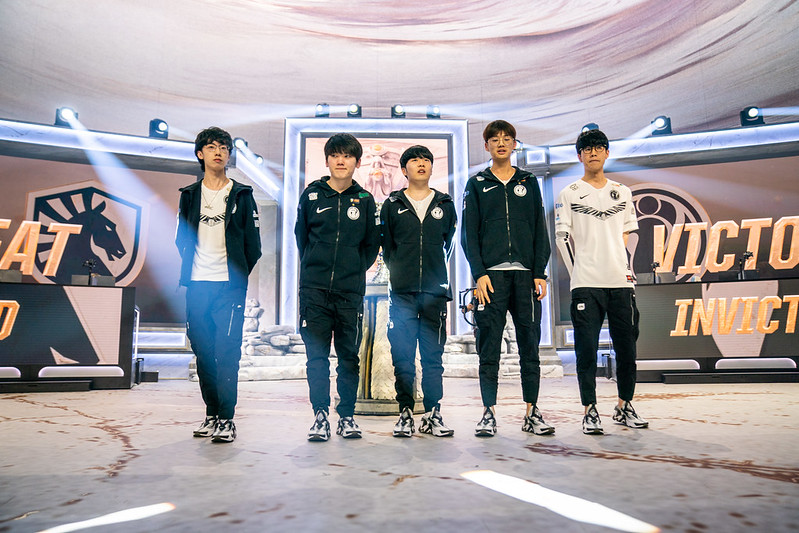 The 2018 World Champions, Invictus Gaming, are reminding people who they are, and where they were just one year ago. After a shaky summer, it seemed like they wouldn't even qualify for the tournament, filling fans and viewers with doubt about what they might accomplish this time around.

But in a near 3-0 sweep against the Korean second seed, Griffin, IG silenced the dissenters and qualified for the Semifinals in Madrid next weekend.


Much of this Quarterfinal victory rests on the back of IG top laner, Kang "TheShy" Seung-lok. After winning every matchup in the top lane - stomping his winning lanes and going even in losing matchups - he proved to be too monstrous a force for Griffin to ever find a reliable way to answer.

The big question on Griffin's side, however, is four tanks for Jeong "Chovy" Ji-hoon. The old 100+ KDA player from the Spring, the man who momentarily challenged Lee "Faker" Sang-hyeok's celebrity, sat on Sion, Galio, and Poppy of all champions throughout the four games.

With TheShy dominating lane so much, it might be expected that Choi "Sword" Sung-won would play the weakside tank, maybe on Ornn or some other champ who only needs to sit and scale. But that was not the GRF gameplan for the day, and at the end of it all, they were only able to muster up one win in the series.

IG's Semifinal opponent will be determined later on the day in the series between FPX and FNC. Invictus will either match against their own region's first seed representative or play the rematch of the Worlds finals from last year.