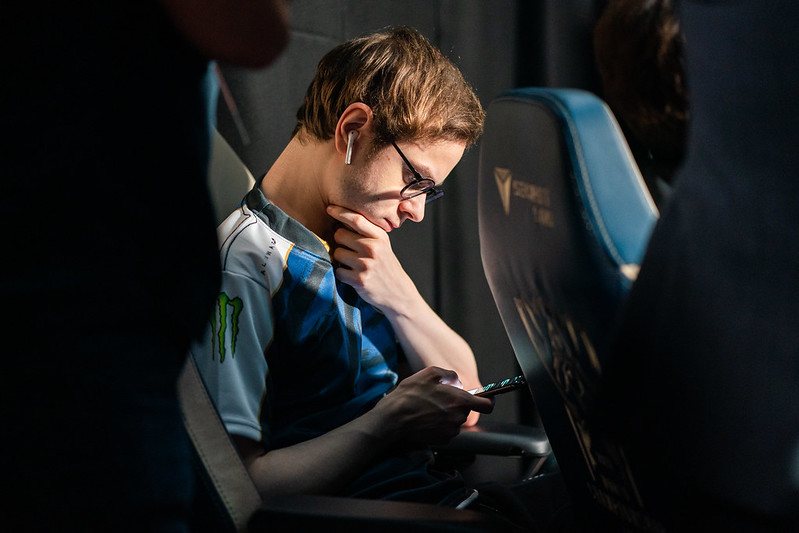 Whatever the reasons are for Team Liquid and NA's overall failure to make it out of groups, it is unacceptable. Whether it be: Infrastructure, ping, bootcamp, language barriers, solo queue, equipment, champ pool, meta read, drafting, execution, sickness, anything! It is unacceptable.

Team Liquid has won four domestic titles in a row, making them the most successful org in recent history (only beaten by TSM overall, who has only been to a single finals since TL's takeover). Additionally, Cloud9 is the most successful international org in NA history, repeatedly making it out of Groups and even advancing to Semis last year, yet they also failed this year. (But more on them later.)

Team Liquid has it all when it comes to NA talent, infrastructure, and success. Each role has a top one or two player in the region, similar to G2 in Europe. Their facility is top of the line, and they have a strong support staff to back it up. The #PaidbySteve meme exists for a reason, Steve "LiQuiD 112" Arhancet wants them to be a winning org and will do what it takes for them to get there.

He is likely more frustrated than anyone, after having done so much to push Liquid to international success. MSI Finals was great, but just a few months later losing in the Worlds Group Stage is truly unacceptable.

As mentioned previously, Liquid has acquired top players in each position, which is no surprise given they've won so many domestic titles in a row. Last year when TL was knockout out of groups, the team replaced the two weakest performers for world class support, Jo "CoreJJ" Yong-in, and Worlds 2018 Semifinalist, Nicolaj "Jensen" Jensen.

Not only that, but Liquid top laner, Jung "Impact" Eon-yeong, spent all year fixing his international weakenesses, spamming carries in the majority of their domestic play, helping move Liquid away from their one-dimensional playstyle.

And while it's true Impact looked incredibly solid at both MSI and Worlds, it wasn't enough to pull the team up past their historical Worlds threshhold. But... Their historical international threshhold is a bit blurry, isn't it?

Two Liquid players have previously won Worlds - Impact and CoreJJ. Jensen has made it out of Groups consistently, making Semis last year. Jake Kevin "Xmithie" Puchero has now been in BOTH of the North American MSI Finals appearances. Only Yiliang "Peter" "Doublelift" Peng remains as the sole member with just this year's MSI accomplishment.

But he has won the most NA titles, winning the past six splits in a row that he was a part of. That's an incredible legacy, but where is the next step?

Why does each October deliver us this busted up box of broken hope and stomach knots. It's like receiving the last of your things from an ex's house in the mail, accompanied by the pangs of sadness as once-happy memories wash over you and a letter that simply says, "Sorry it didnt work out. Better luck next time."

Only "next time" is just another fated delivery, year after year another failed attempt to break down the gates that establish NA firm in its place in Groups.

It's more embarrassing and frustrating this year than years prior for many reasons.

Liquid was a first seed, meaning they securely avoided facing G2, SKT, or FPX in their group. While they could've run into some strong second seeds, they actually didn't! Liquid was in a group with the third LCK seed, third LPL seed, and second LMS seed (which is on a combined 26 game losing streak with the third LMS seed).

Basically, this is the best case TL could ever hope for. Sure, you could replace third LCK/LPL seed for the third LEC seed, or a VCS seed instead, but the point is, this is about as easy as you can ever expect. Additionally, while the LCK and LPL third seeds were strong, each team has some pretty huge weak points.

IG had a horrible summer after Liquid knocked them out of MSI. Wang "Baolan" Liu-Yi didnt play the first chunk of the season, Song "Rookie" Eui-jin left midway through for a family emergency, and then Gao "Ning" Zhen-Ning was benched later due to terrible synergy and various rumors of poor work ethic. IG essentially pulled a TSM and put in Lu "Leyan" Jue right before the playoffs, and it just kind of worked out.

Then DWG... Sure, they're an incredible team, but they have never even been to an international tournament before (don't you dare say Rift Rivals, a minor tournament that they played in Seoul). They're a bunch of young kids who just came off the Challenger scene in Korea and have been in the LCK less than a year.

Yes, Liquid gave DWG their only Group Stage loss, but LK beat them once too. It was also the single win NA had against a non-LMS team this whole Group Stage. This counts as an outlier more than anything. And then Invictus Gaming - the struggling team that Liquid knocked out at MSI - defeated Liquid in both their games.

Impact played out of his mind in most of this year's games (bar their last - and arguably most important - match against IG). And Xmithie, who has often struggled internationally (including this MSI), perhaps played above his international standards, and even saved an otherwise doomed game with a clutch Baron steal.

But Jensen - who was consistently lauded as Cloud9's main carry in their past Worlds appearances -had an uncharacteristically poor performance. And Doublelift felt mundane in comparison to many of his opponents and most other bot laners on the Worlds stage. CoreJJ, too, felt less capable of making plays, saving teammates, and providing that clutch factor we always saw in the LCS.

Whether the team just isn't as high caliber as expected, couldn't prepare well enough, or simply just didn't show up when they needed to most, it's hard to say. The only certainty is the results are not acceptable. For a region - and team - this well established, we need better international results.

"Get Shit Done, Think Big, and Have Values"

This is the motto of Liquid co-owner, Steve "LiQuiD 112" Arhancet. It was never more on display than when the LCS franchised two years ago; the org not only built a 1.5 million dollar training facility, but submitted an impressive franchise application, and then bought the best players they could to create this legacy team.

And they've since then bought better players and created a bigger legacy. In many ways, it's worked - but in the most important way, it hasn't. Liquid, and the rest of the LCS, constantly fail to impress at international events.

That's what NA currently has. Meanwhile, Europe and Korea have all three seeds in the knockout stage, and China has two, plus a whole box full of past achievements and exciting stories to keep their fans warm through the upcoming esports-less winter.

But whose fault is this? Who is to blame? Certainly not Steve, right? Liquid has been provided for! Is it the players? The coaching staff? Is it the LCS competition? The ping? The solo queue?

Certainly it is a combination of all of these factors, but the only ones that matter are the ones Liquid, other LCS teams, the players, and the staff can control. If ping and solo queue are issues, find better ways to practice and utilize the Tournament Realm.

If scrim culture is an issue, call out bad practices, don't settle for poor performance from others, and practice how you you play on stage. If it's talent acquisition, then USE YOUR ACADEMY SQUAD and hire another analyst or scout to find players to fill your gaps. If it's burnout, find a way to reinvigorate the atmosphere around grinding every day.

This is not just a Liquid problem, but as NA's first seed in NA's easiest group this year, it is their main responsibility. Liquid and other orgs are spending too much money to not qualify for Knockouts.

Honestly, these were expected. And maybe Liquid's loss was expected too, but my Pick'ems tell me otherwise.

But them being expected eliminations doesn't make it any better or more acceptable. They both definitely had difficult groups, but this is WORLDS! They're always going to be difficult. If fans are expecting defeat before the Worlds patch even comes out, that's confirmation of too many failures in a row.

That said, both of these teams has pretty valid reasons for not qualifying to the knockouts - Clutch especially. And quite honestly, if the Clutch players use their experience at Worlds against those three top caliber teams to improve this offseason and raise LCS talent level, then that's all we can really ask of them this go-round.

Cloud9 needs to be able to do more than that, however. A knockout is understandable, but benching the MVP and playing mages bot for a 2-4 record - only beating the 3rd seed LMS team (and almost losing one of those as well) - doesn't cut it. It doesn't inspire faith, and it doesn't give any confidence that we were even close.

As a major region, with plenty of capital, talent, and a capable infrastructure, NA should at the very least seem close.

Team Liquid played with our hearts this year. They beat DWG, then they're dominant against IG, but throw and lose. Then on the last day, tied for first, they attempt a cheese against DWG - who they already proved they could beat - and then played their worst ever game against IG in the final match of the whole Group Stage, practically eliminating themselves for IG so they don't have to.

They were really the only hope for NA at all, and we sat and watched till the cold, bitter end. And when we finally got there, a 24 minute blowout is what we got.

In the end, it's hard to say what is worse. The fact that NA fans have held on hope this long, only to be met with disappointment year after year, or the fact that we may be nearing the point where hope no longer comes.

Where when expectations fall to NA failure, hope doesn't rise up to match that and tell us, "Just maybe, this is the year." Is it worse to hope, and be hurt, or to be so jaded from the past, we no longer believe at all?