[Worlds 2019] FPX take down FNC in a 3-1 Quarterfinal victory, joining IG in the Semis 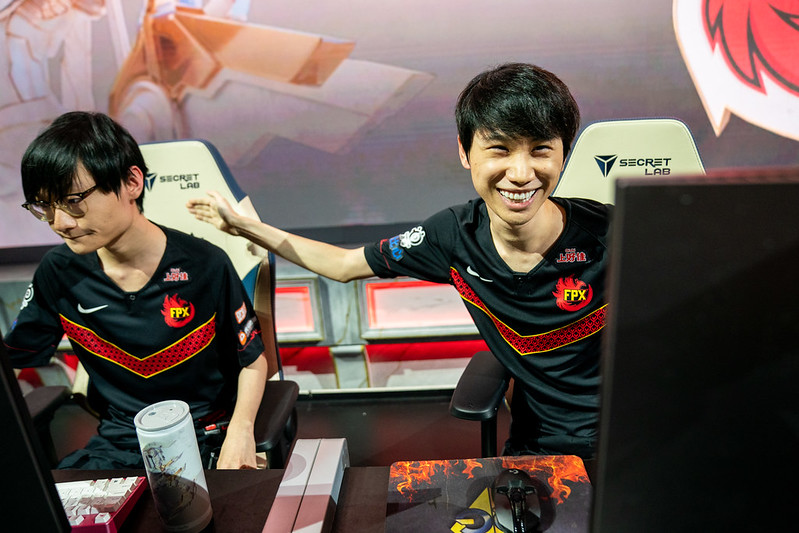 After a disappointing Group Stage for FPX and an incredible comeback for FNC, this series easily could've been a Fnatic stomp, sending them to a Worlds 2018 rematch against IG in the Semis. However, Kim "Doinb" Tae-sang and the gang remembered they were the LPL first seed, and snuffed out the EU hopefuls.

FNC was even gifted some of their signature picks! But FPX always had answers. Tim "Nemesis" Lipovšek was let on Twisted Fate twice, but even with his strong laning presence and semi global roaming ult, FNC was not able to out maneuver the LPL first seed.

In the opening game, FNC picked their Garen/Yuumi special, but FPX seemed to have prepared for that as well, speedrunning the game, cracking open the Nexus in just over 20 minutes. In game two, different picks, but same story. Just total control from the Chinese team, rotating around to quell any FNC advance.

Doinb, in particular, rose up and controlled everything. He punished when FNC were slow with their rotations, he roamed effectively and snowballed his side lanes, and he provided crucial late game teamfight damage, pushing FPX over the edge each win of the series.

Fnatic was able to take a game, however, with the help of a Nemesis Veigar pick and short range FPX comp. They utilied their range advantage and zone of control to force plays and counter seiges, showing signs of life and providing some much needed hope for a reverse sweep to FNC fans filling the seats in Madrid.

But of course, at the end of the day, we learned that FunPlus is greater than OnePlus. FPX bounced back, taking the fourth game and the series, advancing to the Semifinals with regional partner, Invictus Gaming.

They will meet next weekend to determine who eventually advances to the Finals for a shot at this year's title, but first, SKT, SPY, G2, and DWG will hit the Rift to finish up the Quarters tomorrow. Be sure to catch those games, and follow @InvenGlobal on Twitter for more news and updates on the rest of Worlds 2019.