[Worlds 2019] The Unwritten Articles - What we wanted to say, but couldn't 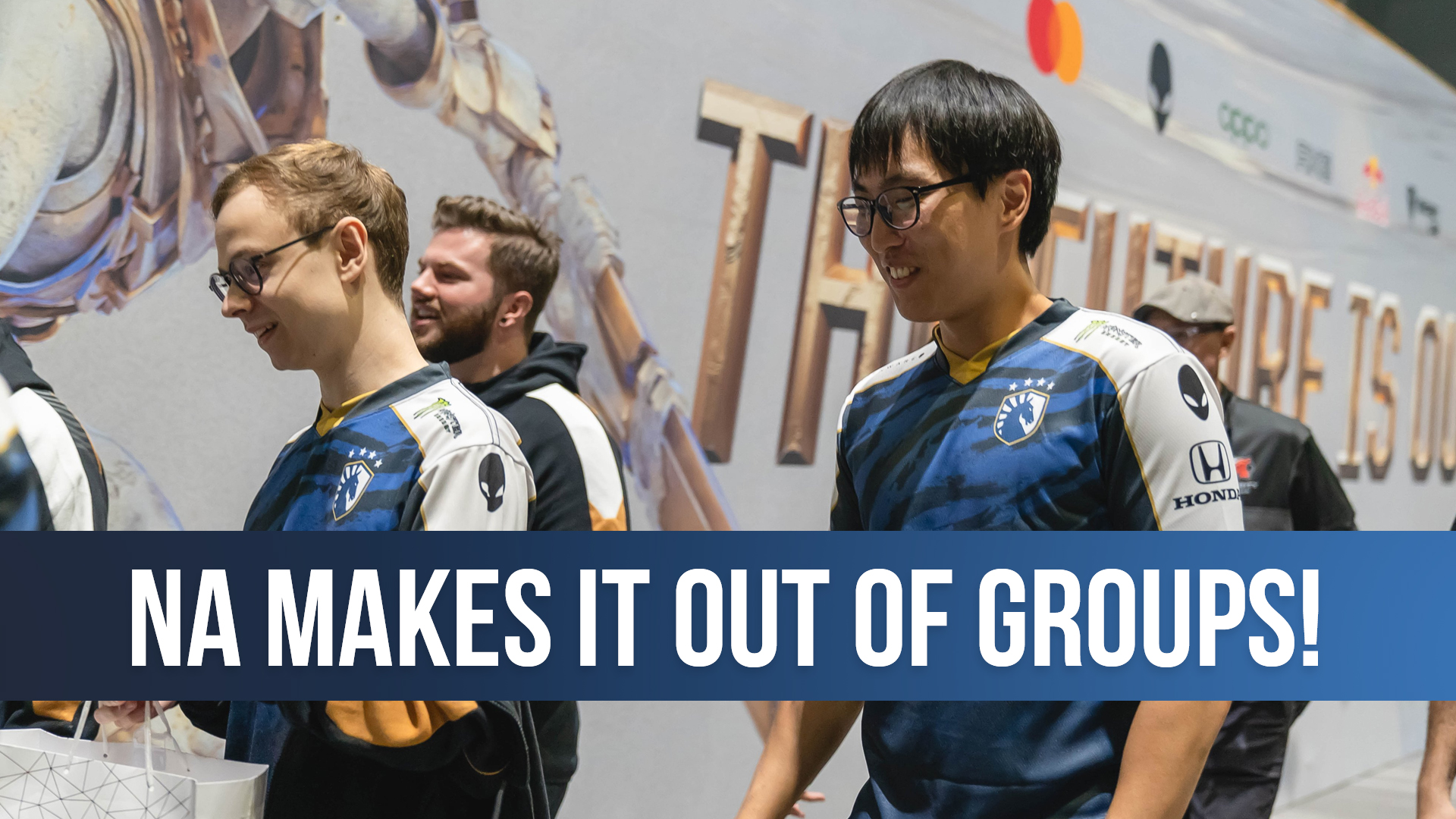 In big events like Worlds 2019, every sector of the esports scene looks for unique narratives and storylines to buff up all of the excitement. Casters look for them to provide for their nexts casts. Analysts look for them to make more accurate predictions and analysis! Writers seek them out to... literally just do their job.

Luckily for the writers, these events are always rife with storylines. Kang "TheShy" Seung-lok vs Jang "Nuguri" Ha-gwon! The Group of Death with SKT, RNG, and FNC! Martin "Rekkles" Larsson brushing off Jian "Uzi" Zi-Hao's record over him to make it out of Groups. The Return of the King (Lee "Faker" Sang-hyeok). And so on and so forth.

There are other smaller ones that writers like to dig up to and share though. More nuanced stories, something that may not catch an average viewers' eye. Like meta developments or a quiet redemption arc.

Then there are stories that writers just want to write. Maybe they aren't even quietly tucked away waiting for someone to share them, maybe they're big and bold. They just want to be written! But they can't always be.

The Narratives that Never Were.

Okay, let's start with a bang, why dont we. Wouldn't this have been nice? "Cloud9 upsets G2, somehow they always make it!" Or, "Clutch keeps the miracle going, escapes Group of Death! Heo "Huni" Seung-hoon finds redemption!" And really how didn't we at least get, "Team Liquid advances to Knockouts, defeating IG for the repeat upset."

Really though, zero NA teams made it... The coolest narrative from each team was "Zachary "Sneaky" Scuderi finally plays ADC, oh and Matthew "Deftly" Chen plays at Worlds!", "Huni gets to play his old teams, bummer he lost," and, "IG finds redemption over TL."

What other narratives do we get from these teams? NA Week 2-7?

Clutch obviously made a miracle run and deserve praise for those efforts, and landing among SKT, FNC, and RNG in 3 of the players' first ever international tournament was unlucky, but it's a bummer there wasn't anything more to show from the two teams who regularly make it to these events.

Of the 5 total NA wins this year, 4 of them were against LMS 2nd/3rd seed who haven't quite done anything in the past few years at Worlds (more on that later).

There has been a large conversation around how NA needs to improve since the triple elimination, so hopefully that will continue and the LCS can see some actual progression as a region. Until then, we writers (and many of you fans) will sit here wishing any of those headlines could've been released.

LMS makes it out of groups!

While the LMS is one of the four regions to claim a Summoner's Cup, they've had a large decline in international success over the last few years. The LMS hasn't made it out of the Group Stage at Worlds since 2015. Other than winning Season 2 Worlds in 2012, they've been somewhat lackluster.

This headline would've been sweet, and an LMS Knockout Stage appearence would've provided enough redemption arc to feel good. Alas, as with NA's hopes, these too failed to come to fruition. The most well known org, Flash Wolves, lost most of its players over the past couple years, and none of the other top LMS teams ever really rose up to overtake them internationally.

The real sadness, however, is that while there is a conversation to improve NA, with hopes to do better next year, there can be none for the LMS. Their region is disbanding and combining with the former SEA Tour to create a conglomorate "SEA" Region.

All of that franchising etc is still in the works, and you can expect to see some of those same team names still, but the LMS as we know it will never see another international tournament, and will never have another chance at redemption.

They consistently challenged teams at MSI, but otherwise, their Worlds performances haven't gone as expected or hoped for, and it's a small tragedy of sorts that we couldn't release this headline.

This is another really sad one, because not only did a terrible streak stay intact, but also it just adds on to the irredeemable LMS failures over the last few years.

After AHQ's final loss, the 2nd and 3rd seed from the LMS reached a combined 26 game losing streak in the Worlds Group Stage, going all the way back to AHQ's elimination day in 2017. In both 2018 and 2019, the four teams didn't get a single win between them.

HKA looked to cause trouble in Group A, especially against a weakened Cloud9 and roller-coastering G2, but they never claimed an enemy Nexus. And while AHQ almost upset Liquid, their games always swung back NA favored, and the duo's efforts proved fruitless.

The one real hope is that some of these orgs persist in the new SEA region and can at least break the streak for themselves.

While it's a given that the professional League scene has historically been dominated by Korea and the LCK - with few exceptions - it's somewhat surprising that there haven't been any non-Korean teams strong enough to go 6-0, especially after the rise of the LPL and LEC.

The current tierlist (at least pre-Worlds) between the three regions could really fall any way depending on a number of factors, but it's clear those are a cut above the rest. The LCS and LMS are obviously nowhere close, and most of the emerging regions fall pretty far behind them as well.

But when we look at some of the groups and chances teams had to go 6-0, it's a bit of a let down that none did.

G2 won MSI after reshaping the game, somewhat mimicking IG in their win at Worlds. After continuing their domination throughout Summer in the LEC, they could've been the first non-Korean team to ever reach 6-0 in groups.

And they were one win away! But they fell to Griffin, the young LCK team with no international experience, in the midst of rampant org drama, a substitute top laner, and no head coach. They then lost the tiebreaker as well, which is a really un-European thing to do. But I digress, they didn't make it happen.

And FPX? The first seed in the LPL? One win away from the winningest LPL season of all time? Against two weak regions, the LMS and VCS, and the third seed from the LEC (who barely squeaked into the Group Stage at all). It's almost a shame they didn't make the 6-0 run, much less almost got eliminated on the final day.

It was caster consensus that they would make it out, with either a 6-0 or 5-1 score, but many expected that untarnished record to send them into Quarters looking hot. Instead, all three LCK teams beat their record, each of them with more difficult groups. And now FPX looks like the easiest
first seed to take down in this weekend's matches.

At the end of the stage, no team went undefeated, and we will have to wait at least another year if we want to see a team that dominant (or lucky?) in Groups.

GAM Strikes Back! Advances to Knockouts!

The VCS has seen a lot of growth over the past few years, especially after the impression the GIGABYTE Marines left on viewers a couple years back. Their start jungler, Đỗ "Levi" Duy Khánh, then left the region, but has since returned and reunited with his former team (now rebanded to GAM Esports).

As is everyone's goal, GAM wanted to make it to the Knockout Stage and fight through the bracket for a chance at the title. But despite being in the easiest group, they were unsuccessful in that venture.

They didn't really even seem to show up entirely. After dominating their domestic region, boasting superstar top laner, Phạm "Zeros" Minh Lộc, in addition to Levi, GAM was expected to perform well. If not take the 2nd seed, at least make it convincing!

Alas, they failed to come through, and it'll be at least another year before the VCS has a chance to prove itself. With the second largest server in the world, however, we can be sure they'll have the competition and player base to escape Groups eventually.

There are more sad stories out there, more almost happy stories, and a bunch more articles who never saw the light of day. But these were the main stories I personally hoped to tell at Worlds this year.

What were you hoping to see at Worlds this year? What other things fell flat? Let us know on our Twitter @InvenGlobal, or in the comments below.