Hearthstone pros weigh in: What to do with the Specialist format? 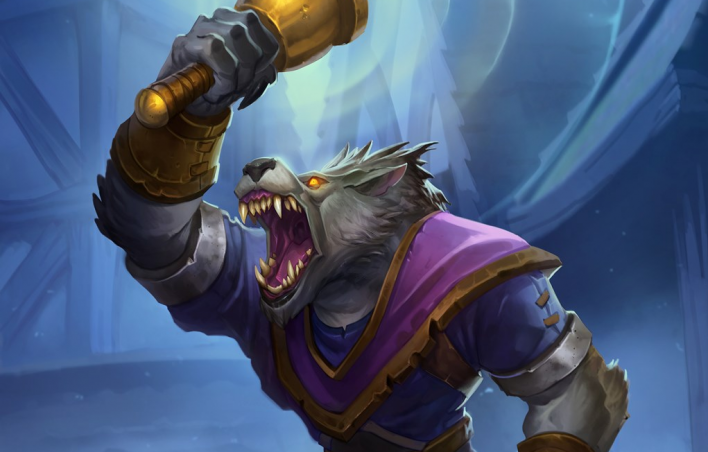 It's alwasy a risk to completely change something, no matter what. There's always that one question: will this effect a change for the better? That exact question arose - with many question marks - when Hearthstone's esports team announced that it was changing formats. Goodbye was said to the five-deck Conquest format, which had been used for years. But while Conquest's departure was overdue, the big question marks came upon seeing its replacement: the Specialist format.

The philosophy behind Specialist was pretty straightforward: it needed to appeal more to viewers and to aspiring Hearthstone pros. With faster matches that don't have deck-swaps viewers supposedly would be less confused and actually learn about the importance of tech cards. As for aspiring pros: they now just need 1 deck - and 10 sideboard cards - to compete.

Specialist has come under heavy criticism since it became the offical format. The new format has been used for a couple of months now, so we decided to ask a couple of pros to weigh in on the upsides and downsides of Specialist. Especially: can Specialist be improved and made work, or should it be disregarded completely?

What Specialist does well

For open cup grinder Samuel "Sequinox" Chan, the announcement of Specialist was reason for excitement: "I have been playing a lot of other card games where side-boarding is crucial to being successful in competitive settings. So initially I was relatively excited about being able to do the same for Hearthstone. At the same time, the thought of being able to jam your favourite class all the time still brings a bit of excitement personally."

The same couldn't be said for his American colleague Jace "DrJikininki" Garthright, though he sees Specialist accomplish at least part of what it was designed for: "It can give more opportunities to players to compete in a competitive environment." Both Sequinox and DrJikininki make a reference to the relative high investment required by formats such as Conquest and Last Hero Standing, making breaking through in competitive Hearthstone a costly affair. "I spent around 1000 USD starting an Asia collection last year (...) just to have an extra server for ladder and HCT Major qualifiers. But right now, I’m interested in participating in the Battleriff leagues and I’m sure I don’t have to spend a similar amount just because of the format," Sequinox adds.

For Radu "Rdu" Dima, Specialist is a big plus because it's a step up from the previous competitive format: "I think Specialist is an okay format because it emulates ladder pretty well, and works in the Best of Three context. I am really curious how it's going to be with the audiences, but it's definetly better than Conquest for the players."

The weaknesses of the format

However, as stated in the intro of the article, Specialist has some serious downsides too. As other pros predicted back in February, before it had been played a lot, Specialist is extremely susceptible to the meta. If figuring out the best strategy is difficult in a given meta, Specialist can thrive as pros need to account for many other decks. However, so far, that's not been the case at all. Specialist even seems to encourage a meta of monotony among pro players.

"I think with a format like Specialist the game either has to be balanced around it, or you have to accept that there will always be one to two oppressive classes that rise to the top. Some classes will have tools that the others do not have access to," DrJikininki says. He continues: "Now, I have never balanced a game and have no experience in doing so. (...) When people play Hearthstone or watch it, they don't want to see the same classes/decks over and over again."

It's not rocket science. Provided the same meta, a format forcing players to bring multiple classes is always going to deliver more class diversity than a format that has players bring only one class. As can be seen in the graph above, week 1 of Hearthstone's Grandmasters had 5 different classes spread amongst its 48 competitors. At Hearthstone's Winter Championships in March, 16 players brought 8 different classes. Creativity is less likely to be punished severely when an entire strategy can be built around it.

The lack of diversity Specialist seems to be prone to can hurt Hearthstone esports in the long run more than the format's accessibility can boost it, DrJikininki thinks: "I wouldn't be surprised if viewership and ultimately competitive attendance is harmed because of this factor."

Aside from the staleness inherent to the format, Sequinox sees another downside paired to making competitive Hearthstone more accessible to viewers and those climbing to the top: "Since the strengths of Specialist mostly come down to the game being dumbed down, it might not reward skill and lineup-forming as much as Conquest/Last Hero Standing formats. I would even say that the “rock, paper, scissors” conundrum is more prevalent in Specialist since you only have 1 deck. If you queue into an unfavourable [matchup], chances are you’re never going to win unless there are enough tech choices available."

However, not everyone agrees with the skill-testing criticism. For Rdu, Specialist mitigates a point overlooked in the debate: "Bringing more decks is more skill-testing. But queueing them in a random order takes all that skill away."

Keep it, fix it, or discard it?

The flaws of Specialist have become clear to the open-cup grinders in Masters Qualifiers, and although recently implemented nerfs and the upcoming buffs* will shake up the meta for a couple of weeks, the meta will settle swiftly in the Specialist format. So how should Blizzard approach Specialist going forward with competitive Hearthstone? Interestingly, the pros all have different opinions.

Rdu doesn't mind hanging in there for a little longer, especially compared to the era before Specialist. If any changes should be implemented, it would be after the Masters Tours event in Las Vegas: "I'm convinced they will change it if it's not good, and not keep it for 3 years like they did with Conquest. So I'm pretty optimistic for the future."

It's not the same for Sequinox. Though he thinks that going back to Conquest wouldn't be a big issue at all, there is one improvement that can be made for Specialist to work: "I think the only way Specialist can work is when the side-boarding is more flexible, just like traditional card games. You have a pool of cards (preferably 10-15) and can freely decide on how many cards can be replaced. The side-board will be visible, but you have to guess which cards go in and which cards go out, which allows for more mind games in a sense."

With Rogue nerfed, Mage became the instant favorite in Specialist.

Having played in 35 Masters Qualifiers at the time of replying, DrJikinki doesn't think Specialist can be saved anymore: "I personally don't think that Specialist could work without the design/esports team working together to develop sets with that specific format in mind. (...) I think it would have to resort back to something like Last Hero Standing/Conquest. Maybe even rotate them in and out of seasons if they truly want to spice it up." A completely new format could work too, he says, though Specialist has proven to be a failed format and should be replaced as quickly as possible.

Hearthstone viewers and players will have to hold their breath a little longer though. While the Hearthstone Esports team has addressed issues with the Masters Qualifiers' structure, they've said not to touch the Specialist format until after the Masters Tours event in Las Vegas. Franchise Lead of Hearthstone Esports Sam Braithwaite did state that he and his team have other formats in mind to try out as well - let's hope they'll turn out more successfully.

*The players were asked for their thoughts on Specialist before the card changes were announced.