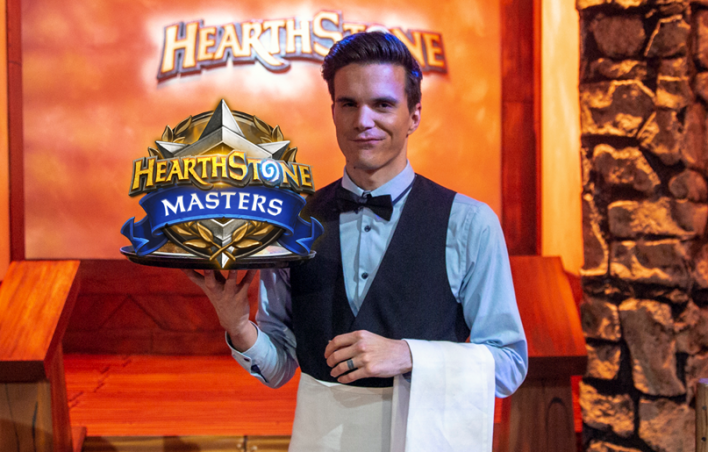 Earlier this week, Blizzard finally told us what it has in store for Hearthstone esports in 2019. Well, at least for a large part. Of the three ‘levels’ of competition, two were explained further (Masters Qualifiers and Masters Tours). Additionally, a whole new format called ‘Specialist’ is replacing good ol’ Conquest, shaking up how the competition itself will transpire.

A more sustainable path to stardom

“I love that the new system is more worthwhile to participate in for pro players,” says Omnislash player Paul “Zalae” Nemeth. Caster Simon “Sottle” Welch echoes this sentiment: “A lot of pro players just wanted to see the return of an open cup-like system (...) which essentially gives them something to do with their time that isn't ladder.”

However, whereas the open cup system of 2017 had players keeping track of multiple tournament platforms to find out when/where to play, the 2019 system sees these cups centralized. Another plus, says Sottle: “The partnership with Battlefy is a great improvement. (...) A single partner running them all is a big deal.”

Elias “Bozzzton” Sibelius agrees for a large part: “Getting your shot to enter competitive Hearthstone has never been easier.” He highlights that there won’t be as much pressure for aspiring and established pros anymore, who had to travel all across the world every month last year, to stay competitive.

For Bozzzon’s own future, though, no big questions were answered yet: “For someone like me, who has already qualified for all these three Masters Tours by achieving Tier 2 Master in 2018, there’s not to much to do. (...) My eyes are on the Hearthstone Grandmasters.” He, and the other players with outstanding performances last year, will have to wait a bit longer to find out what the future holds.

With open cups returning, there is a tenacious problem that makes a return too - it has already begun spreading frustration. Much like in 2017, players rush to sign up for as many open cups as they can, leaving those with less APM hanging. Sottle acknowledges this trend, but offers some counterpoints: “There are a lot of tournaments, though. I haven't run the numbers, but there are a lot of other ways through which you can qualify for the Masters event that would preclude you from needing to enter the Qualifiers. Plus, once you've got your qualification, you're done with them, so maybe that goes far enough to lighten the load.”

What makes or breaks the new 'Specialist' format

What all those inquired spoke up most about, is the switch from Conquest to a new ‘Specialist’ format, and they did so in harmony. It’s been the subject of large debates on Twitter where those who are skeptical fear that all players will gravitate to a single deck quickly. Caster Jia Dee sees this, but remains hopeful: "It remains to be seen how diverse decks will be post-rotation. Specialist could still be diverse even if each player only brings 1 class given a hard-to-solve meta, in which new decks crop up frequently.”

She gives an example from the past, which could promise a lot: “I recall that even several months into Un’Goro, new decks were coming out of the woodwork.” Her colleague Sottle adds: “To me, the design team really keeping on top of the competitive format in terms of balance is the one thing that could really make or break this format.”

Drawing from his gameplay expertise, Bozzzton provides a couple of ideas that could prevent the Specialist meta from going stale quickly: “After rotation, I hope we see more tech cards and cards that support counterplay. This will make secondary and tertiary decks very intresting to build.” Jia chimes in: “I’ll give [Team 5] the benefit of the doubt on that one, especially since they recently seem to be amenable to more frequent nerfs.”

Now it's a wait and see

There’s one thing the four veterans were all unanimously excited about, however: the promised in-game esports bundle, supporting Masters Tours’ prize pool. Sottle: “We haven't really seen the game team and the esports team work hand in hand on too many things before.” The bundle reminded Jia of the HGG Twitch incentive, and she thinks Blizzard may finally be learning from others too: “Crowdfunding has been the backbone of other esports.”

Looking at the picture as a whole, the pros express very cautious optimism. Zalae does feel a bit uneasy about the plans: “I'm concerned that the new system may not have enough complexity and depth to allow better players to distinguish themselves from their competitors,” but also adds: “We'll have to try it out and see. (...) We shouldn't be too quick to judge a system so complicated that we haven't even tried.”