Spoiler season is the best time of the year for any card game fan, and Legends of Runeterra is not an exception. As Riot Games' TCG prepares for the second expansion in the Call of the Mountain set — the so-called Monuments of Power — more and more new cards are being revealed.

Today, we get to see seven more, mostly reinforcing Bilgewater, a region that only got a few new toys with Call of the Mountain.

All four new Bilgewater units shown should make a great addition in the so-called Pirate Aggro. They come in cheap with great stats, with the drawback of dealing damage to themselves. Lounging Lizard, for example, is a 3-mana, 3|5 Elusive unit, that deals 2 damage to itself every round, meaning it can sneak in two attacks for 6 damage total before it dies — provided it's not healed up — or it can be sacrificed to Noxian Fervor just before it dies so it doesn't lose value.

On the other hand, a card like Fortune Croaker is a good early-game draw engine for Bilgewater aggros, or — better yet — a last-breath activator for Last Breath decks in combination with Shadow Isles.

We also get to see another landmark card: the new type of cards that sits in play, producing a recurring effect (think Magic: The Gathering's enchantments). The Slaughter Docks is Tosses 1 each round until you go Deep, and then summons a random Sea Monster — potentially something enormous for the cheap cost of only 3 mana. Another landmark, Vaults of Helia, was revealed yesterday. 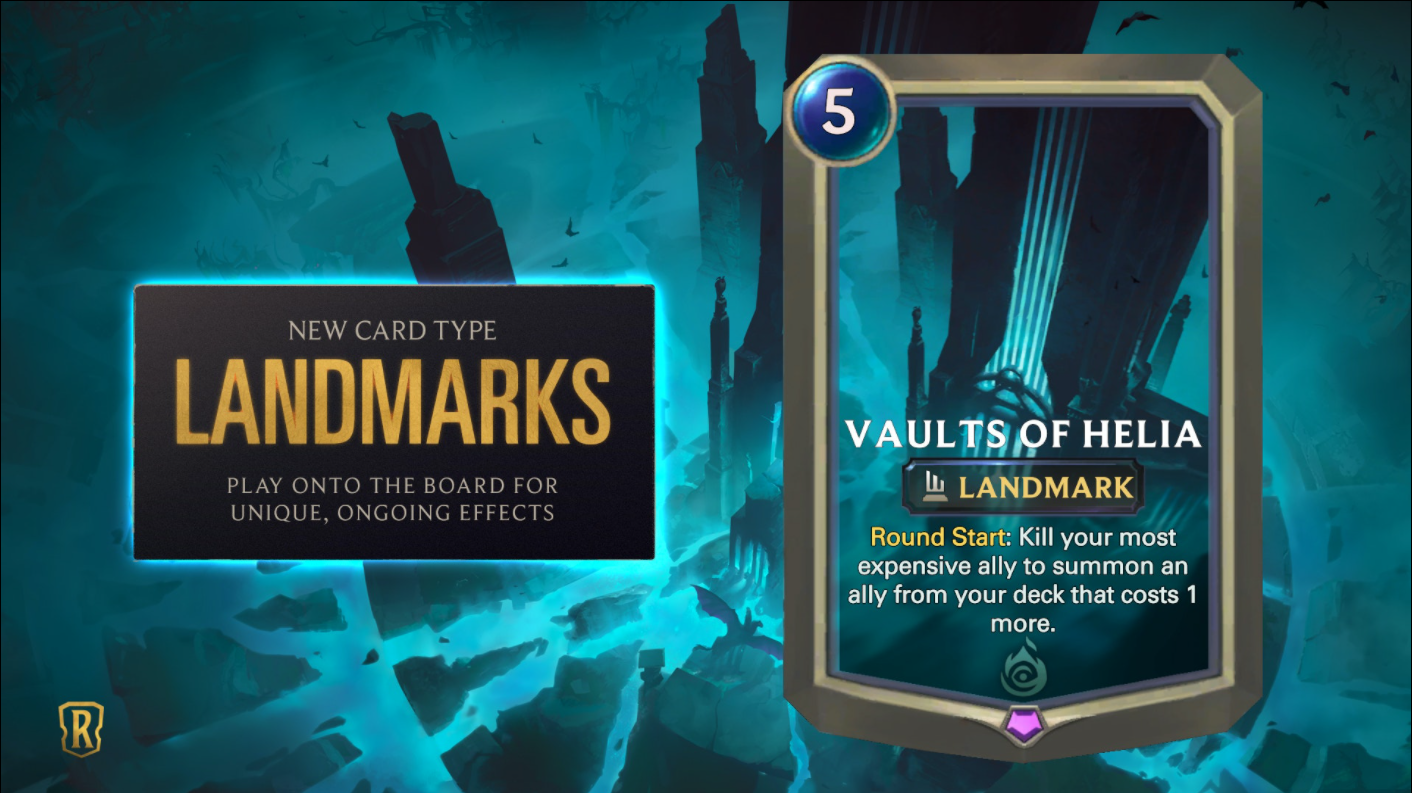 More information about the expansion will be available mid-October.