In a "David vs. Goliath" storyline, Goliath won, heavily. Team Dignitas took down the Leftovers (4-0) to become the Heroes Global Championship (HGC) Western Clash winners for the second time in 2018.

Throughout the tournament, which pit the best teams of the North American and European regions, the team failed to drop a single map. Dignitas was confident throughout the tournament and, despite some wacky picks by their opponents the Leftovers (which in Snitch revealed they took "too seriously" after the game), the grand finals were a picturesque example of Team Dignitas's dominance over the West.

In the three major HGC offline tournaments that Dignitas has participated in this year, they won the first Western Clash in Poland; finished runner-up at the Mid-Season Brawl; and were victorious at the second Western Clash held on North American soil at the Blizzard Arena in Burbank, California. 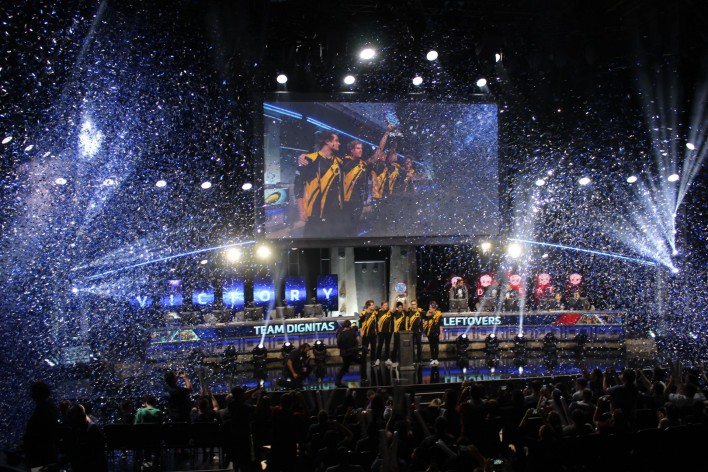 InvenGlobal spoke to the players after their big win:

On how this win validates the teams work ethic.

Snitch: I think it just gives us confidence that we're doing the right thing, our practice methods are good, the amount of time we put into scrimming, the way we scrim are all obviously being rewarded.

It's in this moment that I say we are the best team in the West and I think that's absolutely true.

On the team's growth playing together.

Snitch: I think we're getting better as a unit, even though we've been playing together such a long time it feels like we find new ways to play with each other.

When we played Gen. G it wasn't our 'final form' or anything, we're still growing every day. When we reach BlizzCon, we'll be much better than we were at Mid-Season Brawl.

On specific improvements the team has made.

Snitch: We're becoming better with the innovative picks, like we're playing with the Hammer-style better and I think we've refined that. There's a reason we didn't see Medivh in this tournament and it's not because of adrd. We just got better at being even more flexible than we were before and are more willing to try new things.

POILK: We usually always lose first map, especially at MSB, I think we lost almost every first map and that's something we need to work on.

Zaelia: One thing, you can still tell in a few of the games that we're really nervous. You can tell by our voices and it was really cold on stage. We just need to become more comfortable on stage and translate our scrim performances on stage.

On whether the hurt of losing impacts them more than the great feeling of winning.

Snitch: It's tough to overshadow the loss at Mid-Season Brawl, honestly. I don't think we were sad at the time but to be that close and come so short it's devastating retroactively. People might not remember who won these Clashes but if you win a BlizzCon or MSB, those are forever.

In addition to winning $30,000, the victory ensured that an additional European team that will be eligible to compete at BlizzCon for the World Championship with a $1 million prize pool in November.