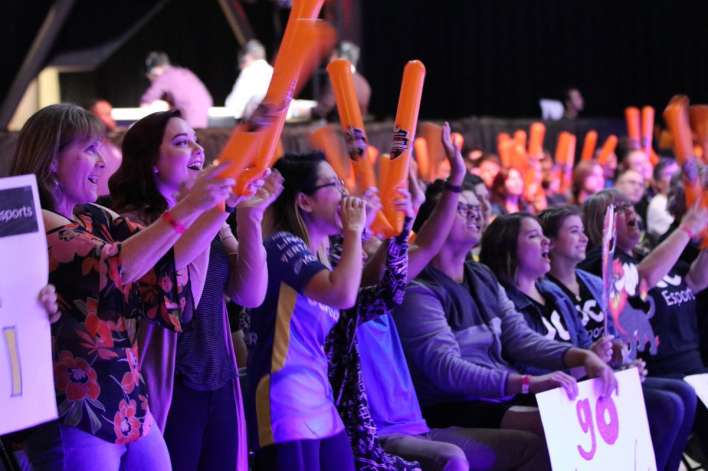 College esports have always been a weird thing for most people to grasp.

It's not quite the pro scene, but it isn't amateur either.  Some collegiate pros see it as a stepping stone to enter professional play, while others are firm in continuing their non-esports related career path after graduation. In addition, the requirements for becoming a pro player clashes with traditional college success. Grinding away at a video game with the intent to be the very best is already an extremely difficult task -- doing so while maintaining 18 credit hours is often impossible.

But, inexplicably, the two worlds always seem to overcome their water and oil relationship and collegiate esports marches on, bigger and bolder every year. In 2018, their potential has been reached new heights thanks to the Fiesta Bowl Overwatch Collegiate National Championship.

Although collegiate Overwatch can't quite match the incredible gameplay prowess and skill that makes professional spectacles like the Overwatch League so mesmerizing to watch, attending an event in person is, unequivocally, a more intense experience. Whereas the Overwatch league has only several months of rivalries and regional pride, a college Overwatch event immediately benefits from the generations and generations of passion that each school's and fans are eager to express.

The crowds at collegiate esports events are loud and rabid in their support of their teams. They make up cheers and chants on the fly, shouting till their voices are hoarse. These crowds don't peter out towards the end of the night -- they are young and fueled by the presence of their rival school.


On top of that, college esports are, in the most practical way, easier to watch and much flashier. Most games played at the highest level revolve around risk-free strategies being executed as perfectly as possible. Since it is already assumed that players at the top are mechanically equal, the matches are decided by mind games and advanced strategic decisions that aren't easily appreciated by audiences, especially the casual ones.

"Collegiate esports is more entertaining because it is not as polished as professional. At the pro level, there is a mind game meta going on that the average viewer doesn't see or understand. The collegiate level is very linear -- it is literally saying 'let's run it down mid and see who has the best mechanical skill'.

Collegiate teams have strategic planning, but they generally focus on their individual skill which is easy to understand and follow"

Combine more aggressive playstyles with an already amped up crowd begging for a reason to cheer loudly, and you begin to see why collegiate esports, in any game, manages to put on such a great show. They may not be as lethal as the professionals, but there is an unmistakable charm at work during a collegiate esports event. 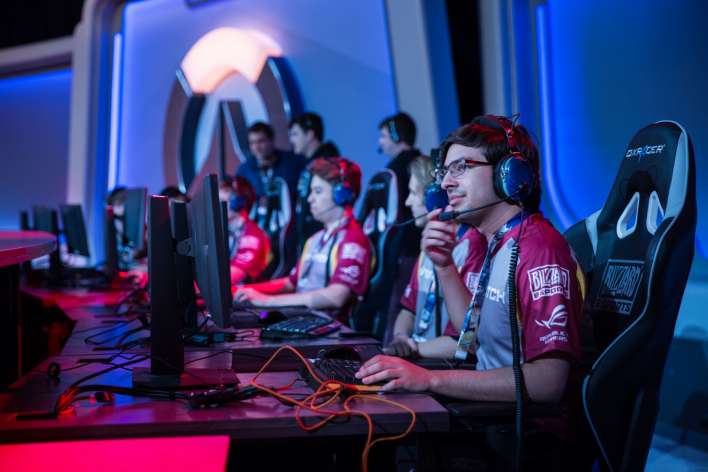 After the tournament ended and UC Berkeley took the win, I spoke with the players from the winning team and had a decidedly different experience than when I would interview esports professionals.  For example, after asking main tank player, Kevin "Slurpreethief" Royston, about his plans after the win, his response revealed the biggest difference between college esports and the pro scene.

"As much as I love it,  I think it's time for me to do other things in my life. I'm graduating, I have a  software engineering job at Microsoft lined up, It's going to be too hard to play at this level while working full time. Maybe I'll come back into pro-gaming down the road."

To most 21-year-olds, Royston's situation sounds ideal. He has an excellent job waiting for him while still being able to experience the thrill of winning on stage and competing at the highest collegiate level. The majority of players I interviewed shared this sense of security in their future -- after all, they were all in college close to finishing their degrees, usually in technical fields that would especially value an employee with an esports championship under their belt. 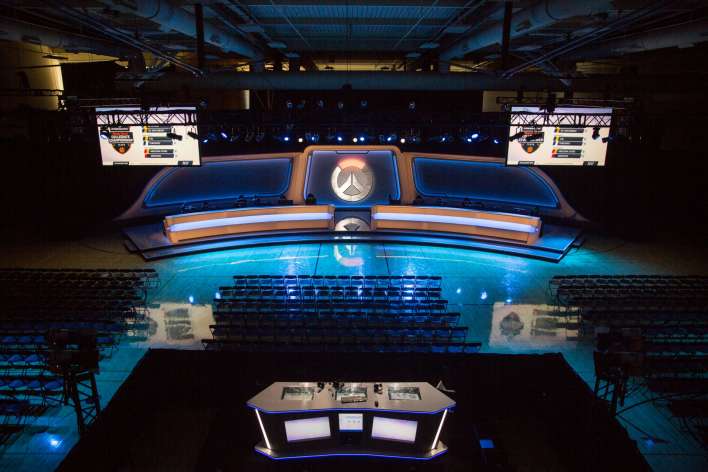 "My team and I view our selves as students first, not pro players. Being a student, it guarantees a safe career path in the future.  If you decide to pursue the player path in esports, there is a very large path you won't make it -- this makes a great hobby and maybe I will compete with a tier 2 or tier 3 team in the future"

This type of thinking seems sacrilegious in the world of professional esports, where the drive to be the very best is all the matters. In that world, personal sacrifice and the risk of investing everything into one game are themes players struggle with every day. But, to them, the glory and prestige that comes with being a sponsored esports professional is worth it.

And yet, the more "reasonable" approach to esports allows collegiate esports to attract a mainstream audience that professional esports can sometimes alienate. It provides an easier justification that an outsider needs understand that video games should be taken seriously while also avoiding the "irresponsible" charge that the industry often finds itself charged with.

How many more parents do you think would support young competitive gamers if the collegiate path was the norm and not the exception? 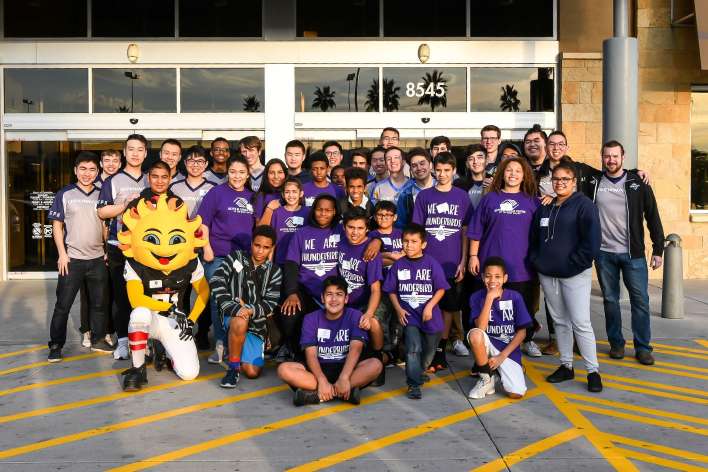 In the case of Fiesta Bowl Overwatch, Blizzard's partnership with Arizona State University and the Fiesta Bowl mark huge strides in improving the greater public perception of competitive gaming. For example, Fiesta Bowl staff organized an evening where collegiate pros took children from the local Boys and Girls Club to an arcade. The reason? To teach the kids how to win at video games, of course.

A professional esports organization could have just as well planned this type of positive community event, but for longstanding community pillars like the Fiesta Bowl, it comes as second nature. 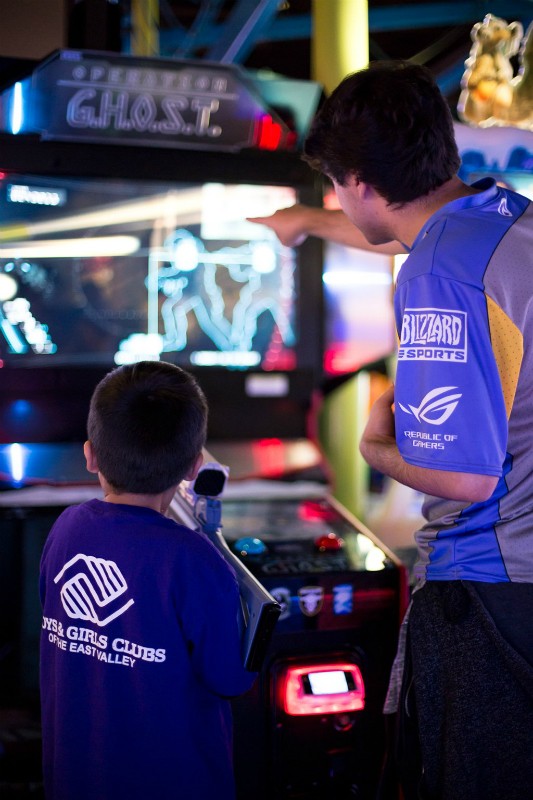 It's easy for esports die-hards to discredit collegiate esports. After all, the primary appeal with professional esports is the competitive value being shown on screen: these players are the best in the world!

That isn't the case with collegiate esports and most every collegiate pro player will be the first to admit that. They simply do not have the time or, in many cases, the inclination to make the sacrifices needed in order to be the best in the world. Instead, these players are competing for the pride of their school and the opportunity to live out an esports dream their rational sides never allowed.

That being said, there is still value in, one day, making the collegiate esports path to pro the most common one, similar to how traditional sports leagues look to college athletes for new talent. As of last year, there are at least 17 varsity esports programs offering scholarships, some of them specifically for Overwatch. 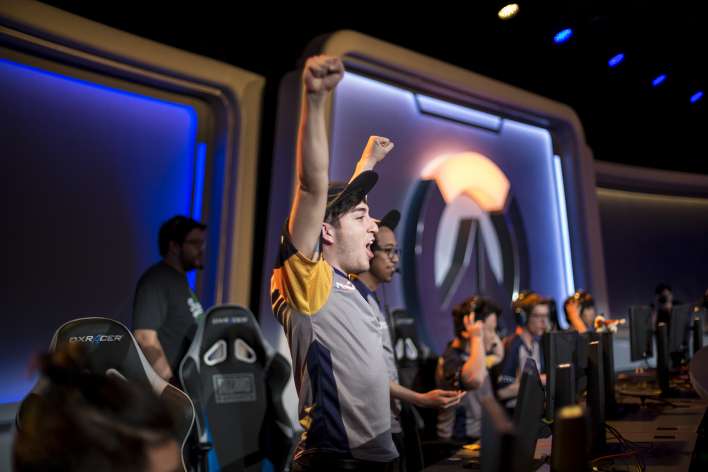 As collegiate esports grow in prestige and events like Fiesta Bowl Overwatch become more common, it is only natural that talented players whom normally wouldn't attend college might find themselves enrolling anyway, armed with full-ride scholarships. Only they won't be gaming on the side or struggling to maintain their scrim schedules with engineering homework.

They will be attending college to specifically compete in the collegiate scene and one day join the professional ranks. After all, Fiesta Bowl Overwatch was a sold out event and the stadium was packed -- I guarantee next year it will be bigger.