If you haven't been to a college OWL viewing party, you need to. 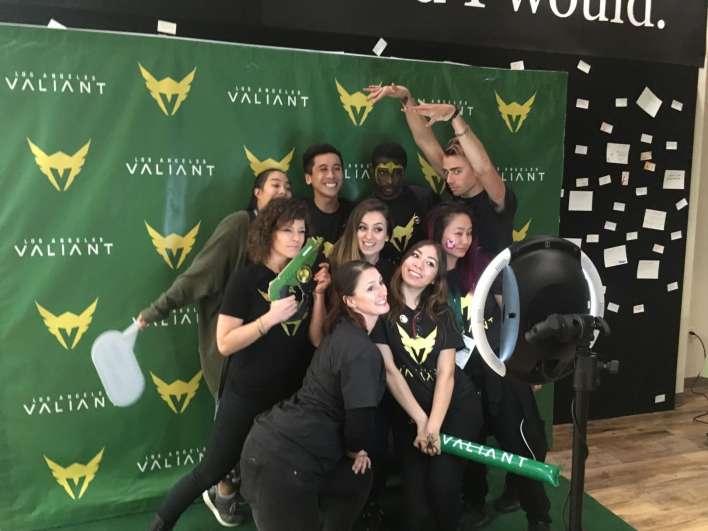 As I walked into the UC Irvine student center, it was clear that LA Valiant knew how to hype up a crowd of college students. Photo booths, bang sticks, spirit flags, t-shirts, buttons, and every manner of swag was available for free, as long as you shared your LA Valiant spirit on the social media of your choice. It was a clever way to design a win-win situation for fans and the organization, but I've grown to expect this from LA valiant.


Their social media presence has always been a cut above the rest. Their Twitter is delightfully savage, and they even managed to stumble into their own mascot of sorts-- the impish Valla that loves to use angel emotes while flaming you to oblivion. All of this is to the benefit of their fans, who have been blessed with a clear fan identity to embrace and live out in the real world. 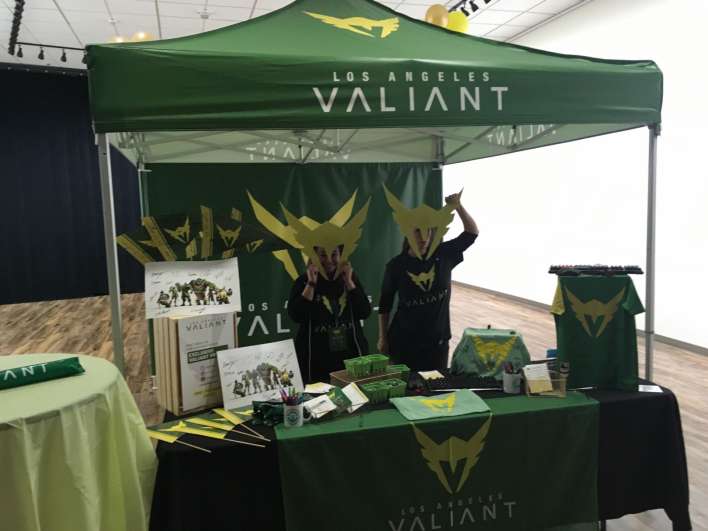 The viewing party during the #battleforla was surreal for me. I have been out of college for quite some time, but the memories of awkward student gaming events are seared into my long-term memory. Low attendance, inevitable tech issues, and leftover pizza: the collegiate gaming holy trinity.

And while there was exactly one tech issue at this event (someone manning the stream accidentally paused it, causing the entire audience to inexplicably cheer excessively loud), none of the usual failings of a student event were present in the large lecture hall the school's student esports organization transformed. 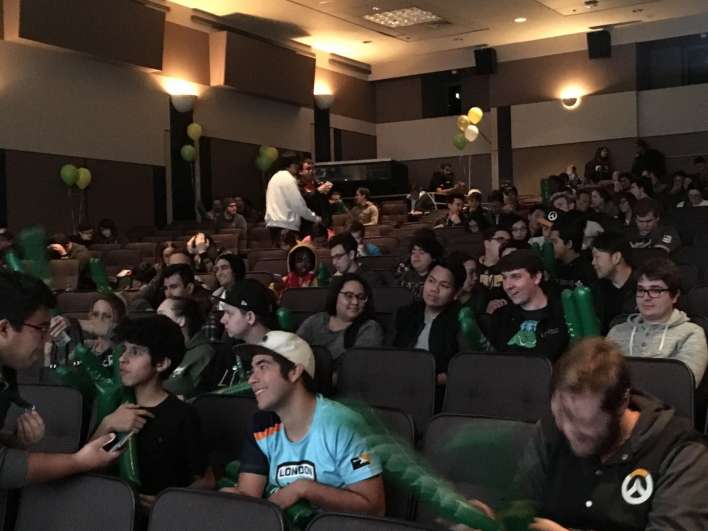 In the closest series possible, The Gladiators and the Valiant brought us one of the most spectacular matches we have ever seen. Both teams put up a fantastic showing and, sitting in an all LA Valiant crowd, the tension was palpable.

There was a moment where LA Gladiators steamrolled the first point on game two with Shaz on Moira. The crowd all gasped in shock and then there was silence.

When Agilities went on a killing spree with Genji, they exploded in cheers and raucous noise.

Though, my favorite part of the viewing party was whenever an individual player was featured on the player cams.  The fans would cheer for their favorites (Agilities on Genji was always popular), sometimes creating unique chants.

For example, a long and bellowing "SoOn" that dragged out the O's as long as possible happened whenever he was shown onscreen.

However, when the match went 2-0 in favor of LA Gladiators there were no cheers. Just awkward murmurs. Then, the first group of people stood up and left. First three. then two. Then two more. Every LA Valiant death become agonizing; like you could feel the energy being sapped from the room.

Then the comeback happened that eventually led to a reverse sweep. LA Valiant wins 3-2 and the crowd went wild.

It was an amazing moment to be a part of and, even though I was never particularly loyal to LA Valiant as a team, seeing their fans support them with such fervor has made me into a believer.

When I was in college, nobody cared about esports like this. Sure, we had our events and I organized many of them, but our school and community were never interested in funding them or acknowledging the passion we had for competitive gaming.

When I was growing up, esports were always niche, always small, and always required an explanation to those unvetted:

"What is going on here?"

"What are you watching?"

"Why are you taking this so seriously?"

But none of those questions were asked or even necessary at LA Valiant's viewing party. The roar of the crowd, banners, and college zeal for the competition were on full display and it was apparent to everyone that this was a big deal. Nothing about the event was niche or forced -- a completely different experience than anything I ever experienced in college. 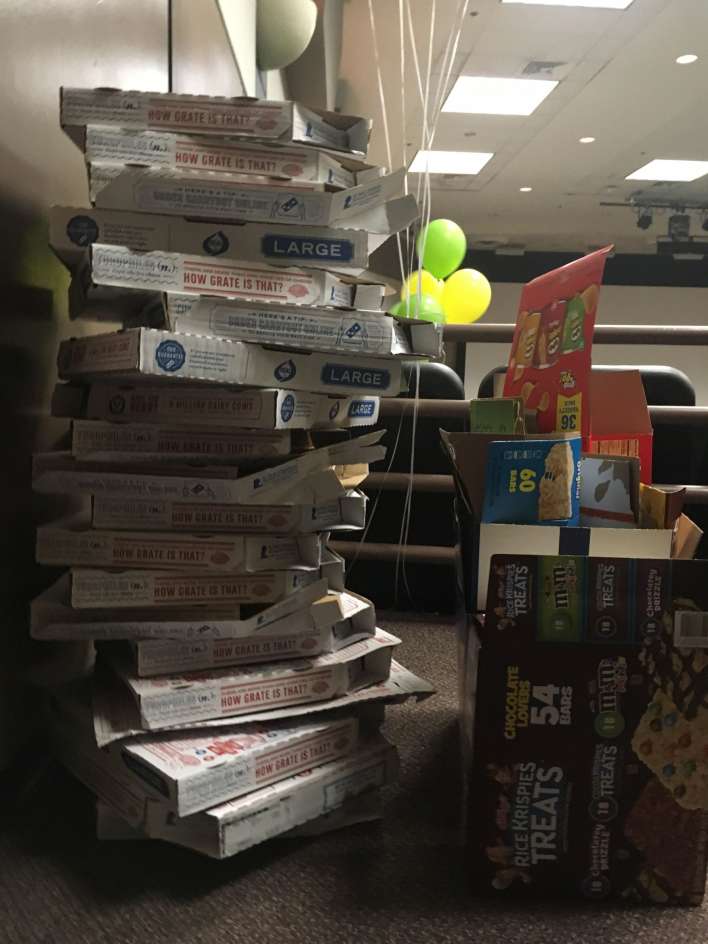