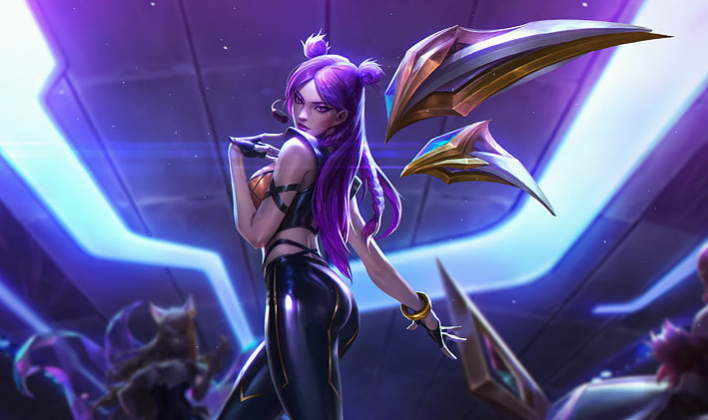 Pantheon has only just settled in the Teamfight Tactics battle arena, but he's already being moved aside as the 'latest addition to the roster'. Kai'Sa, the Daughter of the Void, is playable on TFT's PBE right now and will likely join the active servers with patch 9.19.

Much like Pantheon, Kai'Sa will be difficult to obtain. She's in the 5-cost slot, meaning that you'll probably have to roll quite a bit to add her to your roster. However, there's a good chance that she'll be of great value to said roster. Unlike most champions, Kai'Sa has not one but two classes, in addition to her origin. Kai'Sa will be a Ranger and Assassin, belonging to the Void race.

Upon reaching full mana Kai'Sa will leap towards the enemy furthest from her, get a shield and increased attack speed.

The developers note that Kai'Sa's AD will be pretty low, but she excels at something else to compensate, according to the blog: "(...) she comes equipped with the highest base attack speed in the game. Perfect for stacking a Guinsoo’s or procing that Stattik Shiv as quick as possible in the end game. Her ultimate also allows her to jump around the map quickly and avoid dangerous situations."

With Kai'Sa's addition, the developers will also change how Void synergy works. The Void origin synergy will read:

With recent changes introducing a 9 Assassin synergy bonus, however, it looks like that's where Kai'Sa will truly shine.

Worlds 2020 - MAD Shad0w about quarantine: "We played Among Us, and now nobody trusts each other."