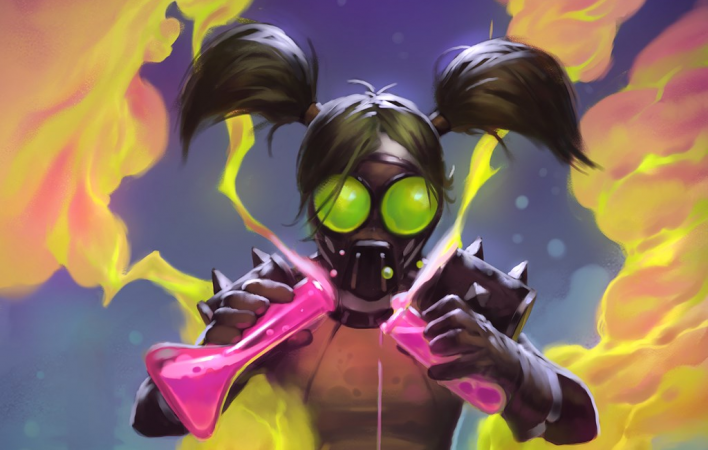 It's something that doesn't happen often: A Hearthstone keyword mechanic is being changed on a fundamental level. The target is the Discover mechanic, first introduced with the League of Explorers adventure in 2015. Going forward, the odds of being offered a class-specific card will be reduced. The developers state in the blog: "This change will increase the variety of cards from random Discover pools."

Wait, how did it work again?

Previously, any Discover card added more weight to class-specific cards. If you were playing as a Priest and played a card that said "Discover a minion that costs 1 Mana", the chances of being offered a Northshire  Cleric were 4 times higher than being offered an Argent Squire. There were simply three extra Northshire Clerics in the card pool.

The example of the old way Discover worked is visualized below. For this example we've simplified the card pool drastically: Northshire Cleric is the only Priest 1-drop, and there are only four 1-cost Neutral minions in this hypothetical situation.

With the class bonus removed from all Discover cards, the Northshire Cleric in our hypothetical situation would go from being 50% of the cards in the card pool to only 20%. With Discover only picking three unique cards of the pool, the chances of being offered a Northshire Cleric are reduced drastically.

Of course, this example greatly exaggerates the situation. But there's real consequences to this change. One of Control Warrior's most powerful cards, Omega Assembly, which lets you discover a Mech minion, previously had 8 Warrior cards to choose from and 35 Neutral cards. However, the 8 Mechs were quadrupled by Discover's class bonus, making the split 32 for Warrior and 35 for Neutral cards.

Frustratingly powerful Warrior Mechs like Omega Devastator and Dyn-o-matic were already annoying to deal with twice, but Discover rubbed extra salt in the wound. The change to Discover significantly reduces the power level of Warrior.

Other cards actually profit from the change. Mage's "Power of Creation" is a great example. It's an 8-cost spell that lets players Discover a 6-cost minion, and then summon two copies of that minion. With two 3/3's, a 5/5 and a 4/6 — all of which have no extra effect, since their effects are a Battlecry — the Mage minion pool was weak. With equal access now to cards like Cairne Bloodhoof or even the simple but still more powerful Boulderfist Ogre, things are looking up for Discover Mage.