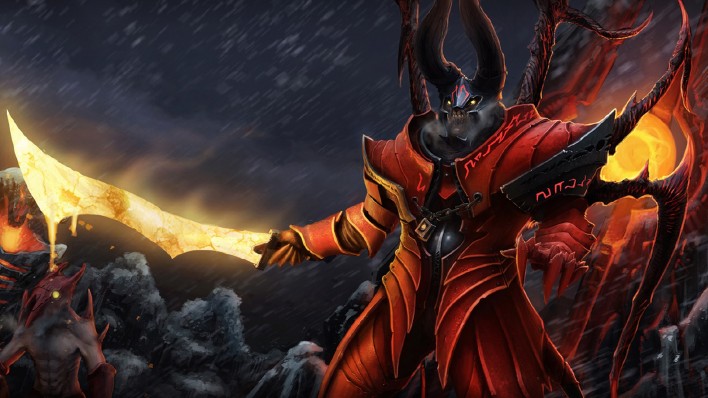 A patch has gone live which addresses some bugs and adds a couple of Quality of Life features. But more importantly, it has changed a couple of rules to the hero shop. Juggernaut is now a Tier 3 hero and will be more difficult to obtain in the early game. Interestingly enough he's not receiving a damage buff, though his ultimate ability will now trigger more easily: when there's 1 unit in range he'll start to spin, compared to 2 units needed in range prior to the patch.

Secondly, the distribution of high tier heroes now favors players at higher levels more than it did already. You'll still have to buy your way up to level 8 to have a shot at acquiring Tier 5 units, but rather than having a 1% you'll have a 5% chance of finding one. A pretty significant increase. For a full overview of the new distribution, check out the table below: 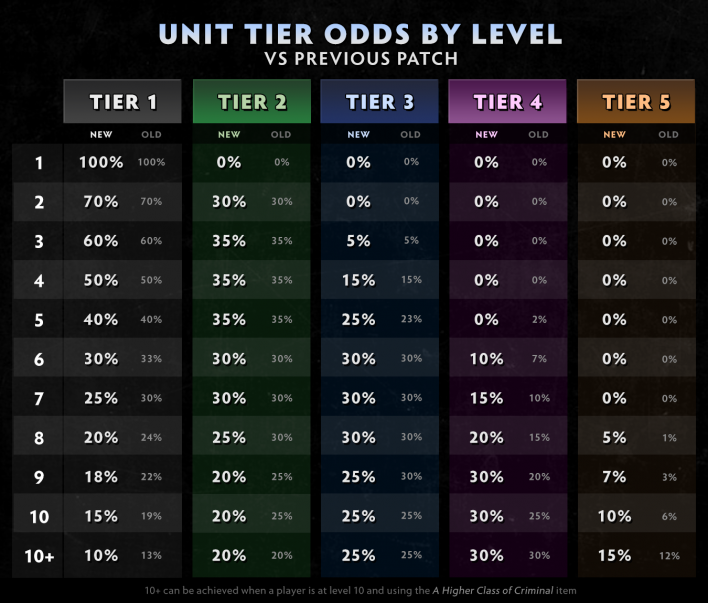