Dota Underlords is rapidly losing players. If the game wants to succeed, it must solve its identity crisis. 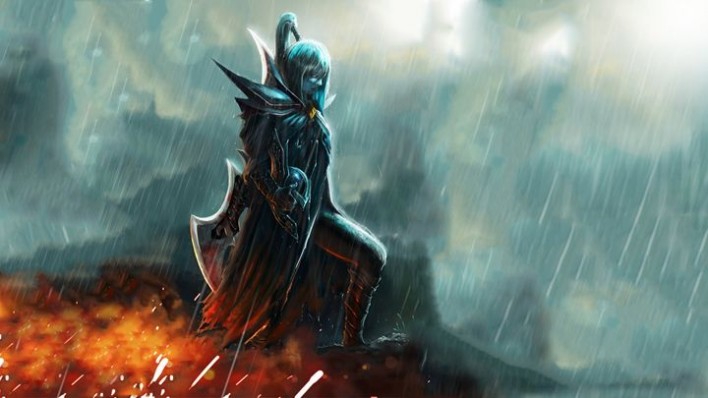 When Dota Auto Chess, the immensely popular mod to Dota 2, began to rise in popularity, the fans started to discuss when—not if—Valve would convert it into their own, full-fledged game. It seemed like a match made in heaven. Once more, the company known for turning mods into video game classics were handed a raw gem. It was up to them to turn it into a crown jewel.

In June, the product finally arrived: Dota Underlords. The ‘buy-in beta’ stage (you needed to possess a Dota 2 Battle Pass in order to play) ended quickly, and one week later the game entered open beta. Over 200,000 concurrent players were recorded within the first two days of Dota Underlords’ open beta, something many developers can only dream of. But the success is fading and uncomfortably quickly so.

"From the moment it was created, Dota Underlords has faced an identity crisis.
It simply doesn’t know whether it’s a mobile game, or a PC game."

Of course, the game faces tough competition. Riot Games acted swiftly on the Dota Auto Chess hype too and though they couldn’t use the mod’s characters directly, they had access to their own massive roster of potential units through League of Legends. They created the game mode Teamfight Tactics and gave it their own spin. Because League of Legends has a vastly larger base than Dota 2, Teamfight Tactics has absolutely dominated Dota Underlords on platforms like Twitch.

But existing player bases aren't the only reason why Valve is losing the fight for the autobattler genre. From the moment it was created, Dota Underlords has faced an identity crisis. It simply doesn’t know whether it’s a mobile game, or a PC game. It’s stuck in platform limbo. The game's board and the heroes on it feel off for a PC game. Meanwhile, for mobile gamers, menus are not legible and games take far too long for the platform.

Let's explore these issues further and see what lessons Valve has to learn.

A large screen with little on it

Players are first confronted with the limbo Dota Underlords is stuck in right when they enter a match: the game board feels off for PC gaming.

Notice how Dota Underlords' board takes up considerably more space on the screen than that of Dota Auto Chess and Teamfight Tactics. This can be adjusted via the settings, but then players encounter a second issue: the board feels closed off from everything else. In Dota Auto Chess you could see the other game boards with ease and, in Teamfight Tactics, the view is a comfortable open space.

But, for both game boards in Dota Underlords goes: it feels like a dungeon, it feels cramped. It focuses on the bare minimum you need to play the game and experience all of its action

"For a PC game, where players have access to a much larger screen,
Dota Underlords feels uncomfortably shoved in your face."

The layout is completely justified for the mobile version, which is visually identical. But for a PC game, where players have access to a much larger screen, Dota Underlords feels uncomfortably shoved in your face. Other games playable on PC as well as on mobile generally offer quite a different experience. Take a look at how Hearthstone presents its board on the two different platforms:

"At the moment, the board of Dota Underlords is suited for mobile.
But the world of PC games lends itself for so much more than is currently offered."

All in all, the elements relevant to gameplay take up about 50% of the screen in Hearthstone's PC version. The other half gives the players' eyes some rest and establishes an environment, a theme. On mobile, sacrifices are made, and the relevant elements take up around 80% of the screen.

Of course, Dota Underlords has to find its own balance. At the moment, its board layout is suited for mobile. But the world of PC games lends itself for so much more than is currently offered.  Units sitting on the bench can be part of the world instead of hovering in front of it. The landscape can be expanded on, explored more. There’s plenty of room currently unused and unexplored.

Give the heroes some space

With a board taking up that much space, you’d think the heroes in Dota Underlords have all the space they need on it. They don’t, though. The models are so large it’s rare for them not to overlap in adjacent spots. Not a big problem when it’s a unit standing alone with no neighbors. But especially in the late game (when lineups grow in size and can no longer avoid each other) things get claustrophobic.

Let’s once more take a look at Teamfight Tactics for comparison. Granted, due to the tiles being hexagonal, champions in Teamfight Tactics simply can’t line up behind each other which already reduces overlap significantly. Champions that are on the same row, however, have an abundance of space as well. It’s a far calmer image than the one Dota Underlords provides.

When the round begins, opponents spawn and units jump around, both games enter a state of chaos akin to MOBA team fights. Sprites flash, abilities are cast and heroes die left and right. As a player, you want to follow the progress of your little army throughout each fight. It’s not only fun—putting your builds to the test can lead to exhilarating situations—but also teaches you whether or not the current composition and positioning is effective.

"As long as the issues pertain in the PC version,
the taste of Underlords being a mobile port will linger."

Similar to what was pointed out earlier regarding the gameplay view, this layout for units is required for mobile games. On a small phone screen the game needs to be compact and mobile gamers will have to make do with a more simplified screen. But as long as the issue pertains and these visuals are present in the PC version as well, the taste of Underlords being a mobile port will linger and PC players will drop out because of it.

So, what about the mobile experience?

With all this talk about Dota Underlords’ gameplay layout not living up to a desired PC gaming experience and, instead, feeling more fit for the mobile version, you may wonder: “Isn’t Dota Underlords a fully mobile game then?” Well, not exactly. Though making the game playable on smartphones is clever given the huge market share they have, Underlords is still lacking there too.

Browsing through the app, one quickly notices that most menu options cater to players clicking through them on a PC. The achievement menu, for example, provides an overview of cool objectives that reward experience upon completion. Useful, but only if you can actually read what the objective is. How are players expected to stay with Underlords if they can't read what the game is trying to communicate?

Legibility aside, the steepest and most important hill for Valve to climb on the mobile platform is game length. Though there is an increasing amount of mobile games that are willing to experiment with demanding more time of its players, the vast majority of mobile games still cater to those looking for a ‘quick fix’.  A game of 5, 10, maybe 15 minutes to play while on a break from work, traveling by public transport, those kinds of things.

"Perhaps the only solution is some kind of ‘Turbo Mode’ where round timers
are shorter and units deal more damage to each other."

Dota Underlords is anything but a quick fix. Unless you’re dropping 8th every game or refuse to place any units (not a recommended strategy), games easily take up 30, 40 minutes. An Underlords match is simply not something people can experience on the go or on the fly. It’s quite difficult to solve this issue on mobile platforms without it taking away from the current PC experience; on PC you meticulously build an army that slowly but surely forms a coherent strategy and a 30-40 minute game experience is more appropriate

Underlords need to be sped up to appeal to mobile gamers and perhaps the only solution is some kind of ‘Turbo Mode’ where round timers are shorter or units deal more damage to each other. There are many ways to approach it and still provide players with the ‘Dota Underlords’ feeling when they choose to play on their phones.

Hope is not lost, however

Dota Underlords is juggling more than it seems to be able to handle by moving into PC and mobile territory. Consequently, players are offered only part of the game experience they want to have on either platform.

Yet, although the player numbers are slipping and Valve faces rough competition, there’s a good chance Valve manages to pull it back. Speaking in broader terms, Valve have already saved their games before. Counter-Strike: Global Offensive dabbled around the 30,000 player mark for almost a year after its release. Nowadays, the game reaches over 550,000 concurrent players on a daily basis.

Skeptics may point to Artifact, a more recent game than CS:GO, that flopped hard. While it’s true that it highlighted the dissonance between Valve’s game design and player desire, the tale of Dota Underlords is quite different so far. For starters, the game’s fundamentals were already handed to Valve on a silver platter after Dota Auto Chess blew up. The task presented to them, as mentioned earlier, is one they’re far more familiar with: polish & expand.

"Dota Underlords' developers have been incredibly active in the three months since it entered beta. (...) Many features in it are nothing short of excellent effort."

But it’s not merely hypothesis and empirical evidence from other games that give hope for Dota Underlords. Its developers have been incredibly active in the three months since it entered beta. Not only was the game optimized with bug fixes, but there have also been drastic design overhauls of the heroes as well as mechanical changes. The achievement system, daily challenge system and Proto Pass (the beta-stage battle pass) are rich and already live up to what a full game should provide. They are nothing short of excellent effort and when it comes to these aspects, the development team is miles ahead of the competition.

Earlier, Dota Underlords’ developers announced that they’re focussing on the full release and that Season 1 is when they turn Dota Underlords into a full game. Let’s hope it will feel like one too.