Card packs, card backs and golden cards are up for grabs during Hearthstone's Fire Fest-E.V.I.L. event 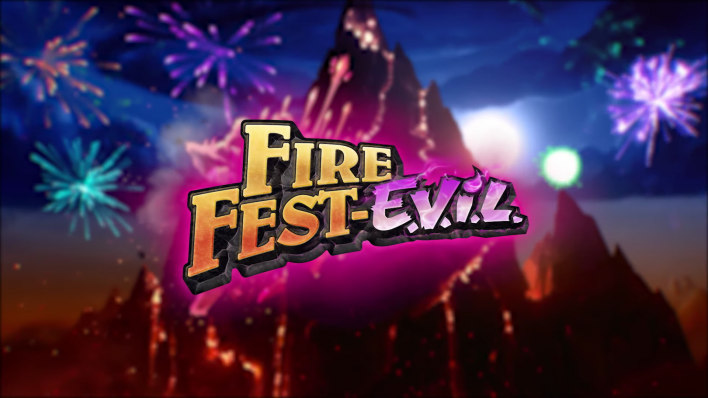 If you thought that after card nerfs, card buffs and the refill of the 's Basic/Classic sets there would finally be some quiet time in Hearthstone, you were very wrong. As Rafaam and friends are transferring from the Rise of Shadows expansion to the Saviors of Uldum where they'll battle against the League of Explorers, they happened to crash into... Blackrock Mountain. Reason for them to throw a party, and for Blizzard to mix the annual Fire Fest with its new visitors in what's called the Fire Fest-E.V.I.L.

From July 10th 10 am PST until July 31st, 9 am PST there will be special Tavern Brawls and Legendary Quests rewarding players with packs, card backs and good sums of gold.

The inaugural Fire Fest-E.V.I.L. Tavern Brawl lets players put on the shoes of villains, as they can pick to play as either Rafaam, Hagatha, King Togwaggle, Dr. Boom or Madame Lazul. In dungeon-crawler fashion seen first in the Dungeon Run mode, players assemble decks and face progressively tougher AI opponents. Defeating four bosses will net you a free card pack of the next expansion, Saviors of Uldum!

But that's not all—for the first time the Tavern Brawl will have a speedrun reward. Defeating all 8 bosses in under 1 hour will grant you a golden version of the Bronze Herald, while defeating them all in merely 40 minutes gets you a golden Recurring Villain.

Following the first week's Tavern Brawl another two will follow, each granting another Saviors of Uldum card pack. If you manage to defeat the second Tavern Brawl you'll be granted a golden Rafaam's Scheme as well. There is a special event for Fireside Gatherings too. In co-op mode all attendees of a Fireside Gathering can take on a 15,000 health Ragnaros the Firelord.

Give me a quest!

Beloved Legendary quests make a reappearance in the Fire Fest-E.V.I.L., so be sure to have a free quest slot before 10 am PST / 7 pm CEST on July 10th, as those Legendary quests will replace one of your active quests otherwise. For seven days straight new quests will be given on top of the regular daily quests, rewarding either a card pack from a set currently in Standard, or a heap of gold.