TEPPEN creators: "It's its own genre, which we've called the 'ultimate card battle game'—basically a new type of game." 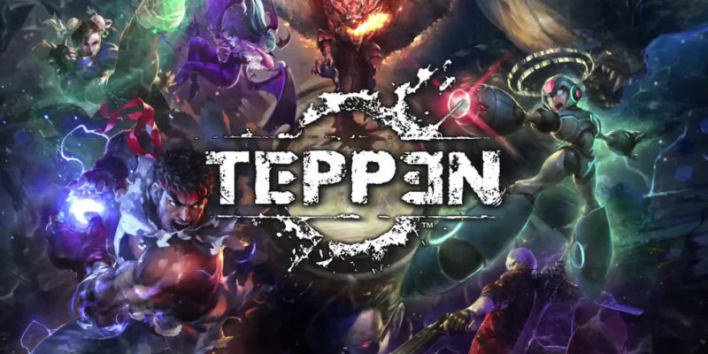 If you thought the card game hype was dying off, you're definitely wrong. A cooperation between Japanese giant Capcom and GungHo birthed a brand new game: TEPPEN. It merges worlds from many games from Mega Man to Monster Hunter to create a brand new experience. Cards are played against other players in real-time, making the game far more dynamic than its direct competitors.

We had to find out more about this game, so we sat down with Capcom's Head of Mobile Online Development Ryozo Tsujimo and GungHo's CEO and Executive Producer Kazuki Morishita. They opened up about the design process, the biggest hurdles and what it takes to bring this many universes into one game.

Could you explain the process of fitting all these IP's into a card game, with characters that are all so different?

Morishita: "So, we've worked in cooperation with Monster Hunter, Puzzle and Dragons and others before. So we had a lot of conversations privately, went out for dinner together, and they said: "Hey we want to make a mobile fighting game that's played around the world." After that the discussions was more about how to do this. We needed to make a team, and everyone started forming a team at their own companies. Each team knew a lot about card games, which is how that started out."

Tsujimoto: "Another thing is that, because of the collaboration, we needed to find out if working together actually works. At first everyone felt it was going to be fine and thankfully it worked out that way too. People really felt the synergy, and bonded with the teams of other companies. Usually there's a policy difference between companies, but this wasn't visible at all during the development. It went very smoothly."

Morishita: "There are so many different IP's in this game. We have Street Fighter, Monster Hunter, Mega Man... but the team worked very hard on making the game feel tied together. We wanted to make sure people weren't feeling like "oh this is more like Street Fighter", or "this is like Monster Hunter." We wanted to focus on balancing it all, as to not 'destroy' any of the different worlds."

Is this game catered more to card game fans, or do you also expect fans of fighting games to be interested?

Tsujimoto: "It has a lot of elements, so it's really hard to say that it fits in either the card game genre of fighting game genre. It's its own genre, which we've called the 'ultimate card battle game'—basically a new type of game."

Morishita: "It's not really in any of the old genres."

Can you compare the game to similar titles, or some inspiration that was brought into the game to create it?

Morishita: "Initially it wasn't much of an inspiration, but while making the game we were studying a lot of card games. We wanted to know how they could make our own card game more enjoyable. But, if we say 'card game', we limit ourselves to that target. We still wanted people who don't like card games to try it out. That's where this playstyle came from. I like action, so I put in more action. It's a big mix of genres."

Tsujimoto: "It did start out as a card game, but we wanted to make it real-time too. That was already confirmed from the beginning. We had it as RTS for a while, but during the test phase it sometimes was either too simple or too complicated. You'd have needed sharp reflexes to play it. That's why we added some unique elements to it, shaping the game into what it is now."

A large part of the artwork for TEPPEN was commissioned. To you, what were the challenges of fitting all these different art styles into one game?

Morishita: "Each character will have their own graphics, their own worlds. For TEPPEN we had many, many discussions about incorporate these different IP's. All the design from the game is unique to TEPPEN. But that was one of the biggest challenges: making sure the graphics from all these different worlds isn't different from each other. It had to feel like it all belonged to TEPPEN."

Tsujimoto: "We received a lot of feedback that the art is great, which is nice. As said, we had many discussions about the game, but seeing the comments about the art made us feel confident that we were going in the right direction with the game."

Morishita: "I want to say Chun-Li... but actually it's Rathalos!"