The 10 new Hearthstone cards are a bit dull. That's not dull enough. 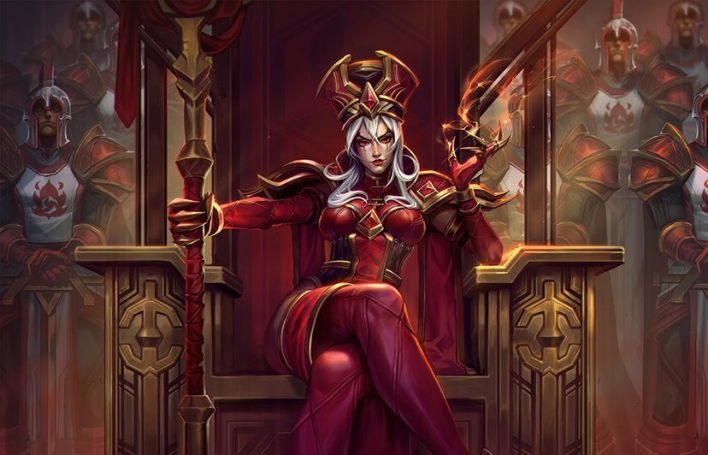 Content updates get game communities buzzing - a tale as old as games themselves. Gamers latched to a game of their liking love nothing more than seeing support of the developer to keep the game vibrant and alive, omitting an eventual 'death' once content flow stops and the game grows stale. In MOBAs small tweaks keep the game in what seems to be a perpetually changing state. Even without adding guns CS:GO rotates maps, changes guns' cost and damage values.

In Hearthstone and all other card games the biggest buzz is, unsurprisingly, generated when new cards arrive. Sure, the single player content Blizzard has added is a nice addition, a distraction to change the pace every now and then. But even the latest adventure, the Dalaran Heist, "the biggest Solo Adventure Hearthstone has seen yet" got repetitive disappointingly quickly when I came across the same enemies in all five wings.

To Team 5's credit, the content flow of card changes in Hearthstone has never been better than it has been this expansion. One week a handful of cards get nerfed, the next week a total of 18 other cards received buffs and a new legendary is added in a special event.

'Restoring' the Basic and Classic set

The icing on the cake came this week, when Blizzard announced a mid-expansion Hall of Fame rotation of Vanish and Mind Blast, and 10 brand new cards that will fill the holes in the Basic and Classic sets left by the other Hall of Fame rotations. Some gaps have been there for a while, like those of Ragnaros and Sylvanas, others have only just been created, like the gaps of Naturalize and Divine Favor.

"I don't want the new cards to have immediate impact on the meta.
Most not even ever at all."

This gave the developers a good chance to take a good look at each class' identity and re-establish what a certain class is good and weak at. The post overlooks some clear examples contradicting the developers' statements; Shamans, for example are supposed to be weak at card generation, but a quick browse through the collection will have you run into Hagatha the Witch, Krag'wa the Frog... Oh well. Let's say that broadly speaking class identities were laid out with the "hole-filling cards" designed accordingly.

To refresh the mind, here are the cards that'll be nestling themselves in the Basic and Classic set soon: 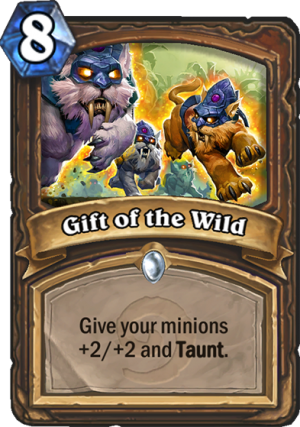 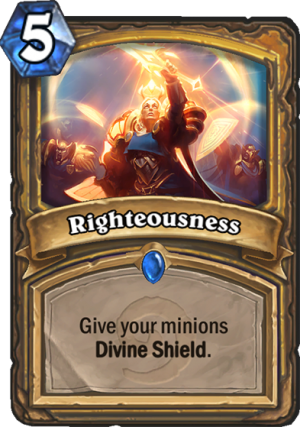 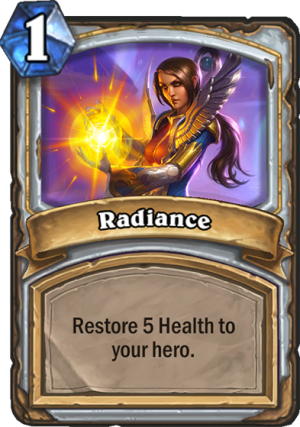 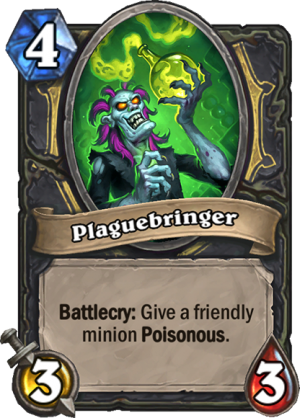 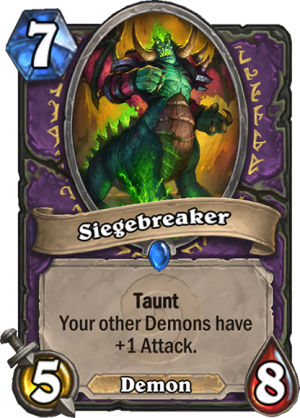 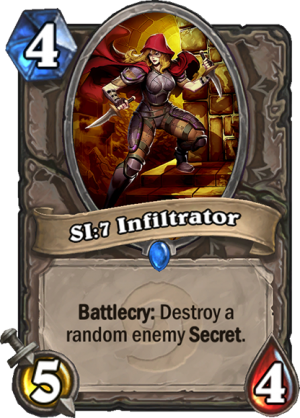 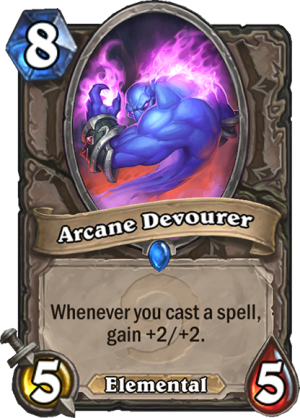 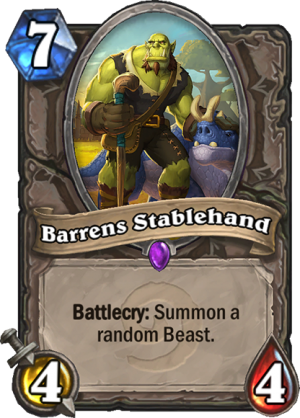 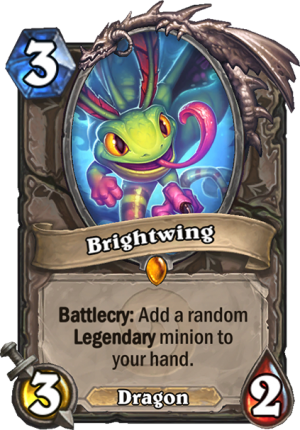 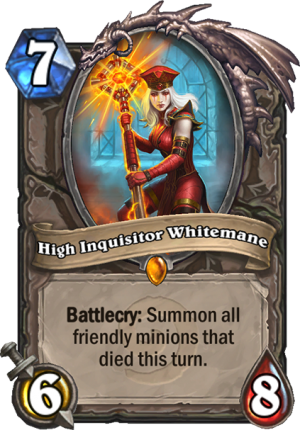 If your first thought while glancing over these cards is "eh, not too exciting to be honest" then I have to agree with you. These cards aren't very inspiring of inspired. I'm glad they aren't. As a matter of fact, I think some of these effects are still a bit too flashy. I don't want them to have immediate impact on the meta. Most not even ever at all.

You see, Blizzard has set their minds on something most veteran Hearhstone players have either opposed since the beginning or started opposing over the years: an evergreen set. The Basic and Classic sets in Hearthstone will be in the Standard format forever, if it's up to Blizzard, thus will always be available to use for players. A great idea in theory, as it would allow players who left the game and returned a year later to still have a chunk of their collection available for Standard play.

Though as we know, reality is often disappointing. I'll have to admit that I don't have access to full data like Blizzard does, but when looking around me I've noticed that players who've taken a break from actively playing Hearthstone don't go to Standard. They go to Wild, where the collection they knew and loved is still fully available. Of course, if such a player eventually wanted to invest in Standard again, having a Basic and Classic set available there means they'll have to invest less to catch up compared to the Basic and Classic set being Wild-only. But how many players actually do that?

Meanwhile, as seasoned Hearthstone players will know, the evergreen set keeps being a problem in Standard. Some cards that 'help identify the strengths and weaknesses' of a class are so core, that it takes rigorous, powerful expansion mechanics like Genn Greymane and Baku the Mooneater's for those evergreen cards not to be included.

The Hearthstone team is so committed to this idealogical evergreen set that the Hall of Fame had to be introduced in the first place. It has been used every year since - twice this year, even. But that's not the only tool in the shed. As the tweet above depicts hilariously, more cards than just those Hall-of-Famed have been hit, in their case with the nerf hammer. Ironbeak Owl, Fiery War Axe, Charge, Keeper of the Grove... the list goes on.

This will keep happening. I think cards like Edwin VanCleef, Northshire Cleric and Wild Growth eventually all will be getting either the Hall of Fame treatment, or the nerf-into-uselessness one. Meanwhile, the true evergreen set consists of cards outright unplayable already. The Core Hounds, the Goldshire Footmans. Last year, Aggro Mage resorted to Amani Berserker because there simply was no better 2-drop available. How cool! A card only played in Arena saw actual competitive play for a few months.

So no, I'm not sad that the 10 cards that'll be filling up the gaps in Basic and Classic feel a bit like pack-fillers. And truth be told, I'm sure not all even are pack fillers to begin with. Brightwing (to my dismay) seems like a solid card for greedy decks, and the SI:7 Infiltrator is an excellent tech card ensuring Team 5 doesn't have to spin the wheel again every year to come up with a new anti-Secrets card. If you're adamant about keeping cards around forever, designs like SI:7 Infiltrator are totally fine.

"If at any point in those five years I come across someone who made a deck with
Barrens Stablehand in it work, I'll be having the time of my life."

However, ideally I wanted even duller cards than this to replace the Hall-of-Famed cards. Cards that you don't even consider when building decks, and make you automatically play the expansion's cards. Cards that, like Amani Berserker, could be an ultimate last resort when the expansions present in Standard really don't provide an alternative. It allows for classes to evolve continuously. It forces the exploration of unknown territory and makes room for more territory to be laid out.

In four years, when the I-don't-know-how-manieth Brightwing is played against me as a tech card in a Control meta, I'll sigh: "That card... again." But if at any point in those five years I come across someone who made a deck with Barrens Stablehand in it work, I'll be having the time of my life.