Hearthstone's big buff wave is coming, so we asked pros which deck to play when it hits

The meta is about to be shaken up. Again. Just a week after Blizzard nerfed four cards dominating the scene, a total of 18 Boomsday Project cards - two per class - will be buffed and an entirely new legendary will be introduced, all on June 3rd. It's a welcome sight, and a widely acclaimed change of design philosophy from Blizzard.

Of course, when the meta is about to change drastically, everyone gets back to the workshop. Which buff is so insane that you just have to play the buffed card now? After Rogue's popularity plummeted with the nerfs, can it be resurrected with the buffs to Pogohopper? Thankfully, a couple of pros were kind enough to weigh in and show us a list they'll be trying out as soon as the buff wave hits.

Mixing deathrattles and secrets in Hunter

Matthijs "Theo" Lieftink thinks Hunters will remain strong, albeit in a different way than they are now. His list foregoes the currently popular Midrange Hunter: "The deck I’ve chosen is a hybrid of Deathrattle Hunter and Secret Hunter," the Dutchman says. For him the other Hunter buff, reducing Flark's Boom-Zooka's mana cost, isn't quite strong enough without cards to back it up.

No, Theo is making optimal use of Necromechanic, whose cost was also reduced: "A 4 mana 3/6 with a big upside has never been bad. (...) With the buff to Necromechanic, this deck will have an easier time getting on the board and keeping it. Combos that are now possible due to the buff are, for example, curving a 6-drop mech into Necromechanic + Nine Lives to immediately get a huge board."

While the deck does have its weaknesses, Theo thinks those can be mitigated by weaving in synergy with Secrets: "With the weakness of Deathrattle Hunter being the early game - it only really starts doing good stuff at turn 6 - I’ve chosen to include the secret package to help with that." He adds that an unknowing opponent might be fooled too, by thinking you're playing a more aggressive list. 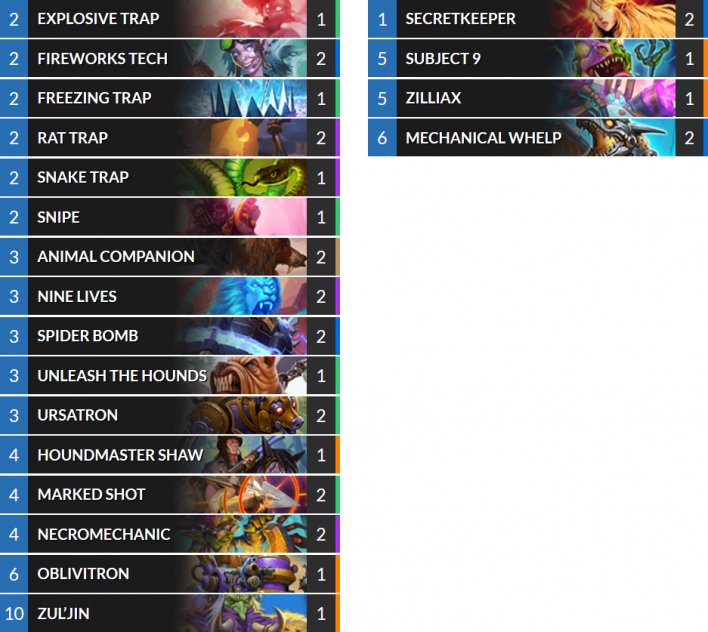 Alexstrasza, Malygos and a bunch of Fireballs

After Mages had their swings back and forth with Conjurer's Mage and Cyclone Mage, Jahn-Erik "Zorkthar" Gangstøe has come up with something new: a hybrid between Cyclone Mage and Freeze Mage. He thinks the exact list will be heavily meta-dependent, but also says: "Regardless of the archetype, I think Luna's Pocket Galaxy, which the deck is built around, will be insane"

He continues: "You barely need to hit any of your combo pieces with this deck to win  and you also have the miracle package with Mana Cyclone." Using that fast cycle, the deck can quickly get to the powerhouse cards that, ideally, have been reduced in cost and can wipe the opponent out in one go.

But Zorkthar doesn't see Luna's Pocket Galaxy work in only this deck: "[It] can also be played in other archetypes like Summoner Mage with Book of Specters. The list I sent (...) is to beat up the mirror while still having decent matchups versus aggro." Downside to the deck is that is has one major weakness: Hunters. "This deck can obviously never exist in the same meta as Hunter but for Specialist and for non-Hunter metas - if Rogue takes over again - it seems legit." 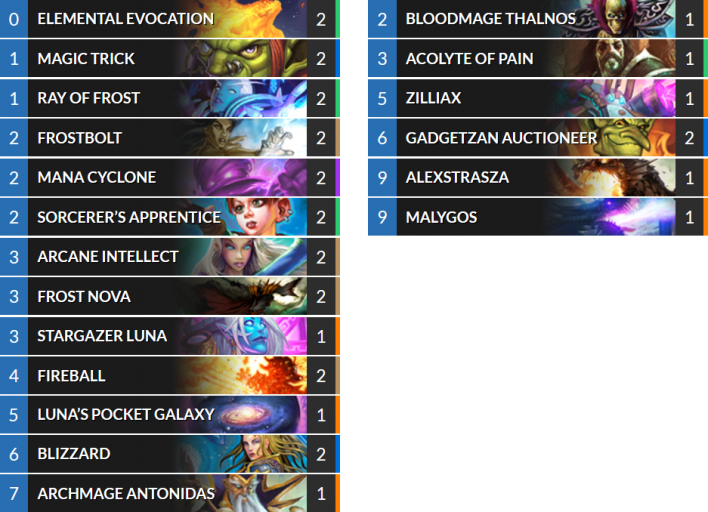 Turning murlocs into legendaries with Shaman

Wu "XiaoT" Juwei thinks the buffs to Shaman will push it to popularity once more. "Shaman got some good murlocs in The Rise of Shadows," he says, referring to Sludge Slurper, Scargil and especially Underbelly Angler. But those pale in comparison to the largest buff: "After the buffs, a 3/6 Thunderhead is insane." It was indeed a surprising buff to be given, as most players deemed the card pretty strong already.

If you manage to stick a board and have the now 6-mana Storm Bringer in hand, you can escalate the board and summon a bunch of big-value legendaries. Though even if that fails, XiaoT has a backup plan to still use the legendary spell: "Thunderhead and Voltaic Burst can give some tokens."

He notes that this is a rough draft though, and that the amount of murlocs will have to be determined through straight trial and error, giving the example: "Not sure if we need Murloc Tastyfin to get some card draw." But he even sees the murlocs disappearing completely, in a different list: "We can [also] just play Token Shaman, something A83650 was playing at the World Championship. I think both will be good." 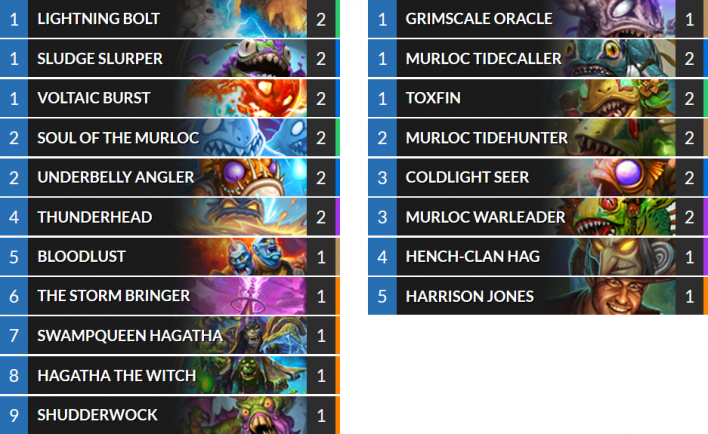 What's the first deck you will try out when the buffs hit on Monday? Let us know in the comments below!