Sven has joined Auto Chess, ready to carry Warriors to the top 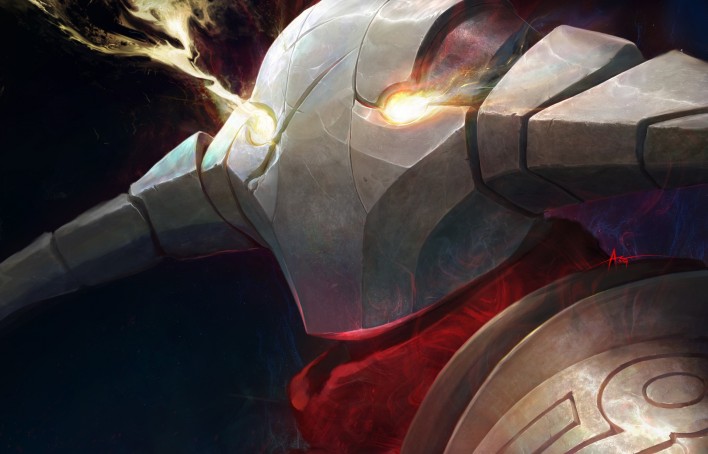 Playing a Warrior strategy in Auto Chess just got a little spicier. Whereas the lineup usually is a sturdy one indeed, it tended to come across one problem quite often: there's little damage output. Thankfully, Drodo Studio has seen the problem and are looking to mitigate this with a brand new piece: Sven.

In a small patch, Drodo Studio is adding two chess pieces to the roster, while removing one. Sven, a Demon Warrior, is a new 5-cost piece. Though hard to acquire because of his rarity, finding Sven will immediately pay off. When his ultimate God's Strength pops all friendly units in range get a massive damage boost, scaling as Sven is leveled up. An old friend rejoins the roster too—Lich has been added to the chess pool once more. He's not as powerful as before though: instead of a 5-cost unit he now only costs 2. Additionally, his ultimate has been changed from Chain Frost to Frost Shield.

As one Mage enters the arena, another leaves however. Ogre Magi has been performing the worst of all pieces in the chess pool and will no longer be available until he's been reworked.

- New Recruitment mechanism: When manually rerolling the recruitment list, you will no longer find pieces from your last recruitment which you did not purchase.
- New pieces added: Sven ($5 Demon Warrior), Lich ($2 Undead Mage).
- Increased Knights' Divine Protection bonus armor and magic resist by 5 and 5%.
- Balanced Kunkka's Ghostship stun duration from 1.4/1.7/2 sec to 1/1.5/2 sec.
- Decreasd Medusa's Stone Gaze duration by 1 sec.
- Now the system will remember your selections for the 3 function switches on top right corner, and automatically apply them as they were ended with at the beginning of each game.
- Fixed minor bugs.
—————————————————————
- Congratulations to Ogre Magi for achieveing the least wins prize for this week!
- Temporarily removed Ogre Magi from the piece pool, and will be added back later after rework.