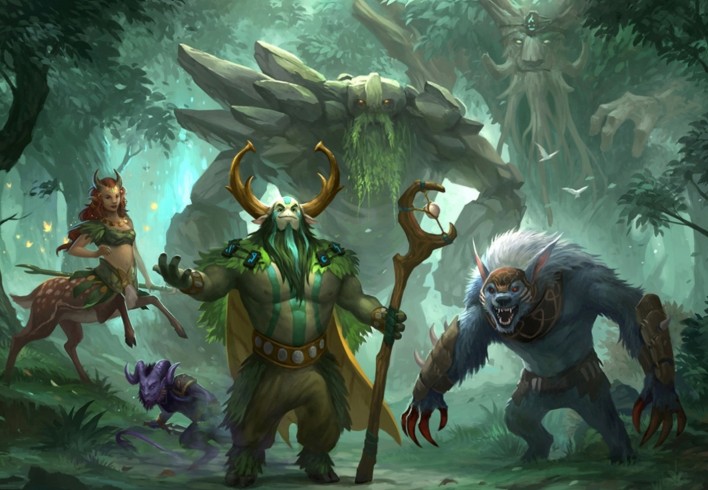 It wasn't much of an if, but rather a when. Now Valve, the developer that established its name in the scene by turning into mods into wildly popular games, has finally broken the silence: it is indeed working on a standalone version of the incredibly popular mod Dota Auto Chess. The announcement follows a recent discovery of a newly filed game title "Dota Underlords", although it's not known whether this will be the name of Auto Chess' standalone game.

In the blog, Valve explains how they got interested in the game. Pretty quickly the company went into negotiations with Drodo Studio, the developer of the mod: "We flew the Drodo team over from China to chat about the future of Dota Auto Chess, and to see if they’d want to collaborate directly with us. (...) We had great conversations, but we both came to the conclusion that Valve and Drodo could not work directly with each other for a variety of reasons. We ended up agreeing that we’ll each build our own stand-alone version of the game, and support each other to the fullest."

Drodo Studio issues a statement in the blog as well, stating again how excited they are to continue working with Valve for the time being: "We appreciate the great encouragements, support and help that Valve offered on Dota Auto Chess and Drodo’s standalone game. Valve has been a great company, who gave birth to the Steam Platform and open community like Workshop, enabling millions of players to display their talents. Being a fan of Dota2, we have great confidence in Valve’s new game, and expect the next world-class game."

The future of the mod is safe, for now

Thankfully for fans of the mod in Dota 2's client, this doesn't mean an abrupt end to its development, as the blog states too:  "In the meantime, with Valve’s support, Drodo will continue updating the DAC mod, and attempt to design new modes and adaptations in our stand-alone game."

Dota Auto Chess rose to popularity quickly following its release in January. Within months it had been installed over 5 million times, and the growth hasn't stopped. Currently, the tracker is up to just over 8.5 million. Following its success, Drodo Studio partnered up with Chinese developer Dragonest and is currently working on a full-scale mobile adaptation.