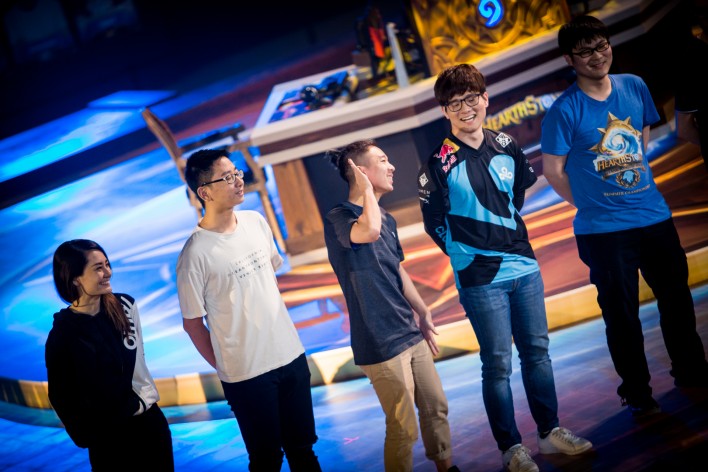 Hearthstone esports has only just recovered from the World Championships, but the next adventure awaits already. Grandmasters, the highest possible level of competitive Hearthstone, is starts on May 17, with 48 players across the entire world competing. Today, Blizzard shared the schedule for the first four weeks of the eight-week long season 1.

At 8:00 pm CEST / 11 am PST, it's up to South Korea's Surrender and the Philippines' Staz to set the bar for the rest of the world. The other players in their division - Asia Pacific, division A - follow immediately after. When the four Asia Pacific matches have concluded Europe picks up the baton with Viper and Thijs. The first day concludes with the Americas' region's A division, when Firebat takes on PNC. It's not a wait-and-see for the players in each region's division B though. All 48 players have to play twice each week of the Round Robin phase, making the weekends a feast for competitive Hearthstone enthusiasts.