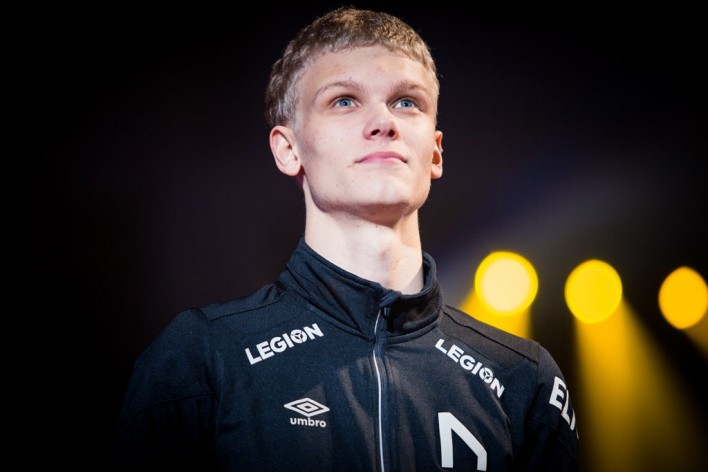 After over a year of competition, coming to a climax over the last four days, the world has its new Hearthstone world champion: Casper "hunterace" Notto. The young Norwegian, who absolutely dominated the majority of Hearthstone's last competitive season, defeated his German opponent Torben "Viper" Wahl in an intense series. Alongside the title of world champion, hunterace grabbed the lion's share of the $1,000,000 prize pool: $250,000.

The final series started off incredibly tense, when hunterace was put to 1 health by Viper's Zoolock. Using everything at his disposal, including an extremely clutch, discovered Explosive Trap, hunterace did manage to turn the board around and win. At 2-1 for hunterace yet another close series followed, with hunterace hanging on to his life total. It didn't matter - Viper's Hunter smashed it away.

In the fifth game, the craziness really kicked in. With an early Arch-Villan Rafaam, Viper replaced his deck with legendaries and created the wildest ride of all Hearthstone Championship Tour matches. Through absolutely excellent navigation of resources, hunterace overcame a neverending stream of legendary minions, and closed it out.

For those who missed the action leading up to it, we've recapped the action and included clips of the best moments.

The day started off in a pretty one-sided manner. Bunnyhoppor, who went undefeated in the group stages, faced off against A83650 and took a quick 2-0 lead using is Zoolock and Midrange Hunter. A83650 fought back with his own Midrange Hunter against Bunnyhoppor's Conjurer Mage, but it meant little. Said Conjurer Mage bounced back in spectacularly dominant fashion with 23/24 worth of stats on turn 5, sending Bunnyhoppor to the semi finals.

While the second quarter finals started equally as dominant when justsaiyan swiftly put Viper at an 0-2 deficit, Viper was far more successful at recovering. After putting his first point on the board, Viper's Zoolock was staring in the face of justsaiyan's Control Shaman - a deck made to counter aggressive decks like Zoolock. However, Viper was able to mount so much pressure, that even all the board clears could not fend off the incoming damage. He even managed to complete the reverse sweep, using his Miracle Rogue to once again defeat the Control Shaman.

Although the third quarter final started off with a long first game. With YueYing on the Conjurer's Mage and Jing on the Bomb Warrior, the two Chinese players methodically set up outs for themselves on multiple turns. While YueYing did fight back valiantly, Jing's explosions overcame him after all. Continuously on the backfoot, Yueying tried switching decks throughout the series - it didn't work out. Jing ended the series with a 3-1 score, and continued in the bracket at the sole Chinese representatitve. The same score followed in the last quarter final, when hunterace took on bloodyface. After taking a demanding 2-0 lead quickly, hunterace looked to hastily kick bloodyface out of the tournament. The series did get a lot more intense, but through perfect play hunterace snagged up the victory.

With three European players and one player from China, the semi-finals commenced. Up first, a German mirror match. Bunnyhoppor, who had emerged from the group stages undefeated, and had to get past Viper to continue that streak. A neck-and-neck Zoo mirror went in Bunnyhoppor's favor, bringing the score to 2-2. With Bunnyhoppor left on the Conjurer's Mage and Viper on the Midrange Hunter, the final game ended in the blink of an eye: a buffed up Scavenging Hyena obliterated Bunnyhoppor, and Viper found himself in the finals.

The other semi-final was no less of a nailbiter. hunterace absolutely stomped Jing's Token Druid with his Control Shaman in the first game, but Jing fought back in the second game. The games were close, but it was Jing who succumbed to the nerves first. Like a shark attracted to blood, hunterace dashed and closed out the series 3-1.

The best moments of day 4

As every moment felt important given the weight of the matches, it was tough picking the best moments of the fourth and final day. You'd be better off just watching the VOD in its entirety - but at least watch justsaiyan vs. Viper, hunterace vs. bloodyface and, of course, the grand finals.

Since it was the final and most important day, we've collected even more memorable clips!

That didn't quite hit the mark

25% of the time, it works everytime

Turns out, the host is also a rap goddess

Hanging in by a thread

And last but not least:

The final game, in its entirety. Trust us.