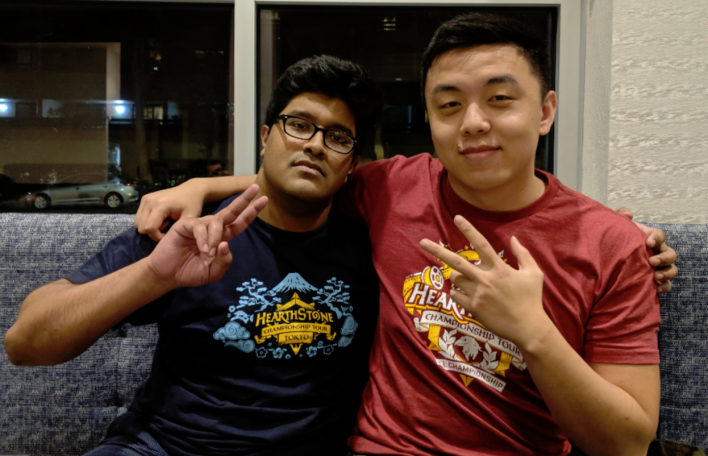 In what's probably the most surprising roster move in recent Hearthstone history, Tempo Storm has let go of two Hearthstone esports titans. As of this week, both Muzahidul "Muzzy" Islam and David "Justsaiyan" Shan are no longer part of the team's roster, and have moved to join a new team: Radiance.

The roster change comes as a shock, as both Muzzy and Justsaiyan had outstanding performances in Hearthstone's 2018 season. Last summer Justsaiyan went on the most legendary winning streak Hearthstone has ever seen, qualified for the World Championships, and ended up as the second most successful points earner of the world. Muzzy had similar performance numbers and managed to become The Americas' Last Call winner for the third time in a row - a monumentally impressive achievement in Hearthstone esports.

Viewership down, desired compensation up

Tempo Storm's initial announcement of the roster move revealed little of the reasoning behind the decision. When reached out to for an elaborating statement, Tempo Storm's founder and CEO Andrey "Reynad" Yanyuk shed more light on the situation:

"We signed our players for the year of 2018. It was the most expensive year of all time for organizations. Playing more events meant more chances to secure points. As a result, we paid a massive amount of money for weekly travel, so that our players could qualify and represent our brand at worlds. At the end of the year, Blizzard decided to delay Worlds for over 6 months. Suddenly, the champion of 2018 would be decided halfway into 2019. Our contracts expired in between the qualifying season and Worlds as a result.

"The players used this as leverage to try to negotiate significantly higher salaries. After negotiating and agreeing to terms with us 3 separate times over several months, the players decided to pursue a higher offer. In my eyes, the abysmal engagement numbers around the announcements of the move confirm that even our initial offer was high. Hearthstone esports has seen a steady decline since 2015 which has resulted in us devoting more resources to titles like M:tG recently.

"The game itself is healthy, but the esports viewership leaves a lot to be desired. Our hope is that Hearthstone's new invitational format changes that. In the future we'll likely focus more on Hearthstone streamers. Tempo Storm has always aimed for players who value our ability to grow their brand. In the case of Muzzy and JustSaiyan, we've shown that we do that well. We're disappointed with Blizzard's handling of the 2018 HCT season, and wish the players the best moving forward."