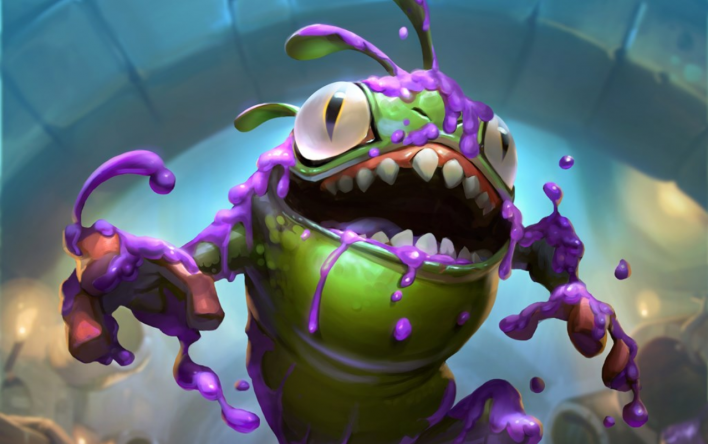 The favorite time of many Hearthstone players is almost here: expansion time. On the ninth of April the Rise of Shadows cards will be set free, and unleash their powers on the Hearthstone board. But it's not just any expansion release - Standard rotation is happening too. Out go Un'Goro, Frozen Throne and Kobolds&Catacombs. Say goodbye to some of the most impactful cards Hearthstone has ever known in Death Knights, Spellstones, Quests and Legendary Weapons.

So what to play on Tuesday? We asked three of the best cardslingers out there to brew up a list they will be taking on ladder with. To provide some guidance, they also have shared a couple of thoughts behind the lists. For your convenience we've listed the deck codes too, so you can easily give these decks a try yourself.

When long time Hearthstone players hear the words 'Secret Paladin', they'll have a quick flashback to The Grand Tournament days. But those days are long gone. Time for a new type of Secret Paladin, according to Hearthstone Master Elias "Bozzzton" Sibelius. "The deck has previsouly seen a bit of play, but it has never really taken off," he says, stating that that's likely to change, "there are some powerhouse cards in this deck that have huge potential."

It's not hard to figure out which cards Bozzzton is referring to - the list is stacked with Secret-synergy. Bozzzton: "I would say Sunreaver Spy is the biggest addition, as it is a strong 2 Mana 3/4 in almost every case for this deck. Everyone has also died from a big Secretkeeper at some point. That card is very likely to escalete now, if not dealt with. (...) We have previsouly seen how strong, early game cards can snowball very easily." If it's up to Bozzzton, the new meta will finally be Bellringer Sentry's time to shine too.

Is it all roses? Maybe not. "The loss of Divine Favor will have a lot of impact," the Swede notes. Yet, he remains hopeful: "I believe a bit of extra reach - with Argent Commanders in the mid to late-game - to finish the game should be enough. I would be suprised if a deck like this will not end up being good. An interesting new meta awaits!"

G2's Radu "Rdu" Dima is eager to try out an archetype that has existed since the dawn of Hearthstone, but just might make a return to the Tier 1 position: Miracle Rogue. Granted, there already is a Pirate-focused list that's performing well at the moment, but it's losing cards in the upcoming Standard rotation. No biggie, according to Rdu: "The only major loss is [Shadowblade], but I'm not even sure if it is that bad to play Necrium Blade instead."

Filling the holes rotation leaves behind, are cards like Vendetta, a 4 Mana spell that deals 4 damage to a minion, but costs 0 Mana if you have a non-Rogue and non-Neutral card in your hand. "You always want to discount [Vendetta's cost], so we need to figure out what the optimal amount of card generation is." One of the ways to obtain other class' cards is through Blink Fox, for example.

However, in a Rogue mirror match, Blink Fox won't work. That is where the Hench-Clan Burglar swoops in. "[Hench-Clan Burglar] is a solid body, synergizes with Raiding Party and on top of that he enables Vendetta. Plus, the card you get from it isn't random like with Blink Fox! It is amazing."

Last up is deck doctor Paul "Zalae" Nemeth, who sees an aggressive Murloc Shaman taking over the meta. With strong openers like Sludge Slurper and Likkim, the deck can quickly seize the board. Then it's just a matter of buffing the little critters, and dragging them to the opponent's face. Even  against AoE the amphibic list is protected somewhat, with Soul of the Murlocs refilling the board immediately. Or, as Zalae summarized it when asked for a couple of thoughts: "Mrrrrrgl."

In his analysis, Zalae remains as sharp as ever.