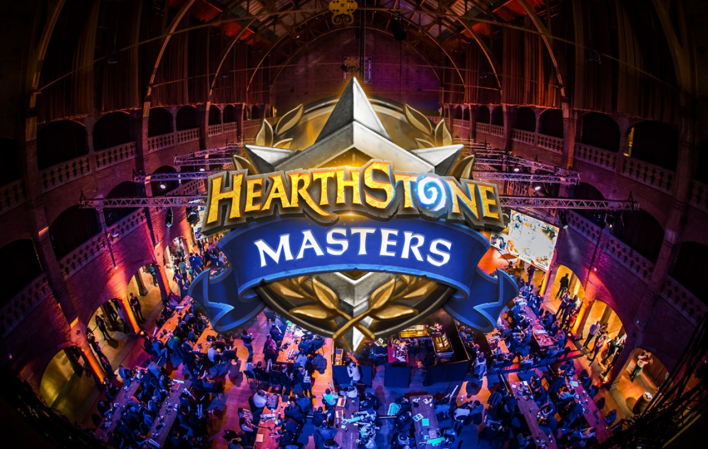 Two and a half months after Hearthstone's esports department teased everyone with their plans for the future, we finally have substantial information on what's to come. The Hearthstone Championship Tour's Master Tier System retires just over a year since its birth, and makes way for a three-tiered successor: Hearthstone Masters.

What each tier will offer

At the entry level of competitive Hearthstone's new system, Hearthstone Masters Qualifiers take place. Similar to the open cup circuit of a couple of years back, these are online cups accessible by anyone. With around 30 of these online tournaments being organized each week, there will be ample opportunity for players to secure a victory in one of them. The first one of these Qualifiers is being held on March 5th, so pretty soon.

Once a player has won a Qualifier, they secure a ticket to the second tier: Masters Tour. In total, there will be three of these massive LAN events. They take place over the course of three days, akin to most Tour Stops last year. The location and date of the first Masters Tour tournament have been determined already: Las Vegas, June 2019.

However, winning one of the Masters Qualifiers is not the only way for players to get an invite to the Masters Tours. Per month, the top 200 legend finishers can participate in what's called a Ranked Ladder Qualifier, and secure a spot at the next Master Tours if they finish in the top four. In total, there are six ways for players to qualify for a Masters Tour:

While each Masters Tour starts with an already impressive $250,000 prize pool, Blizzard is introducing something quite exciting to increase this number. For a limited time a special in-game esports bundle will be sold, with a portion of its revenue flowing to the Master Tours' prize pools.

Not much is known about the most prestigious tier, Hearthstone Grandmasters, unfortunately. All Blizzard has shared for now is that players can claim a spot in it by performing well consistently in Masters Tours.

The 2019 season does seem to be quite short compared to Hearthstone esports' previous seasons. Instead of running for approximately a year, Qualifiers last just 6 months, with the final event taking place just prior to Blizzcon. Of course, we don't know what Blizzard has up its sleeve with its Grandmasters tier, but that doesn't provide a competitive environment for everybody. It'll be interesting to see how the rest of the year unfolds. 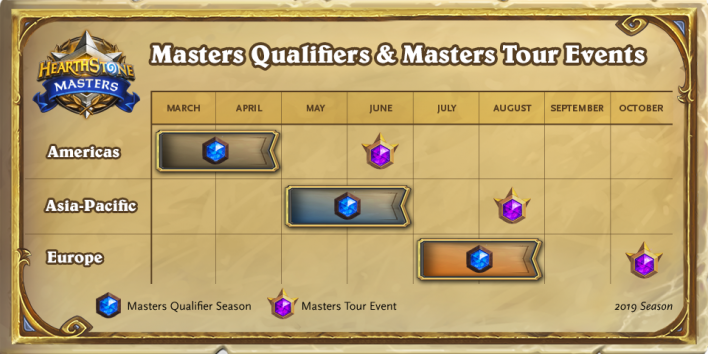 Concluding the announcement, Blizzard is saying goodbye to the Best of 5 Conquest format after almost five years of its service. The new official format is called 'Specialist', and will feature Best of 3 clashes.

The format, which a while ago already was rumored to replace Conquest, has players focus on building one flexible deck, rather than building a flexible lineup of multiple decks. Akin to formats popular in Magic: The Gathering, players can have some 'sideboard' options, consisting of two back-up decks with at most 5 cards changed from the primary deck.

More details, primarily about the already-coveted Hearthstone Grandmasters competition, won't be kept from us for much longer, according to Blizzard. Until then, let us know in the comments below what you think of the big changes!