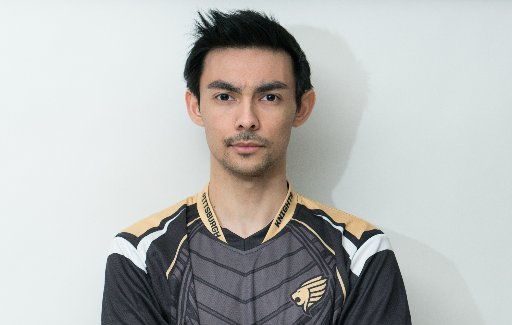 Although the Americas region’s HCT Winter Playoffs concluded last weekend, it has come to light that disciplinary actions were taken on the final day of the event, involving Canadian player Jacob "Apxvoid" Coen. An update on the Hearthstone Esports Administrative Rulings blog page reads:

“During round 7 of the Americas Winter Playoffs, the admin team was alerted of a potential rules violation by APXVoid. The lead tournament admin investigated the situation via interviews with the players and on-site admin staff.

After this investigation the Hearthstone Esports team determined that the player was in violation of rule 7.11a and was Disqualified from the tournament.”

Although the statement doesn’t go too deep into the violation, the rulebook of the Hearthstone Championship Tour does shed a light on what rule 7.11a involves:

Players must compete to the best of their ability at all times. Any form of cheating will not be tolerated. Cheating includes, but is not limited to:

a. Stream sniping, or any general attempt by a player to spectate his or her own match or get information from another person spectating the match.

Apxvoid is widely regarded and well-respected as an expert of the Mage class. He made his breakout performance in 2016 when he won Copa América's season 2, and grabbed a silver medal at the tournament series' final edition of that year.

It is not known if additional disciplinary actions will be taken by Blizzard. Inven Global has reached out to Apxvoid as well as to his team, Pittsburgh Knights, for a response.

"...attempt by a player to...get information from another person spectating the match.'
As a result, Blizzard Entertainment immediately disqualified APXVoid from the tournament.

Blizzard reviews disqualification penalties or allegations of cheating post tournament to determine if further sanctions, such as suspensions from competitive play are necessary.  Additional sanctions will be updated in the Hearthstone Esports Administrative rulings blog. "

EDIT January 22, 00:14 CET: In a reply to Inven Global, esports team Pittsburgh Knights have given an update on Apxvoid's employment status, letting us know the Canadian is "currently not contracted with the Pittsburgh Knights."

It is unknown if the termination of Apxvoid's contract is related to his disqualification from the HCT Winter Playoffs, but all signs point towards it. Just days before the Playoffs, the Pittsburgh Knights tweeted their support for the player, wishing him luck in the event. As of writing this update, he is also still featured on the Pittsburgh Knights' website as part of their Hearthstone roster, presumably because the team is still preparing a statement.

We've reached out to the esports team for an elaborating statement.

EDIT January 22, 11:30 CET: In a Twitlonger, Apxvoid has responded to his disqualification and has shared his perspective on the situation. In the statement, the Canadian provides context to the situation, before admitting his mistake:

“So as the minutes went by I was getting more and more nervous thinking about matchup, until eventually without thinking much about it i typed into the hct admin message box (without pressing enter to send) something along the lines of: "do I play for hard fatigue in the warrior matchup". I was hoping the person sitting next to me would see this message on my screen and give me a nod or something to ease my anxiety a bit.”

After agreeing that he broke the rules, Apxvoid continues to say he fully accepts the disqualification. He also shared his perspective on the situation with esports team Pittsburgh Knights:

“The Knights are not affiliated with me as my contract had actually ended recently and I was planned to re-sign for this year but given the recent events I will no longer be playing for them as of now.”

On Twitter, Apxvoid has mostly received support from players, casters and other personalities within the Hearthstone esports scene, though most concur that Apxvoid’s disqualification was justified. Veteran competitor Paul “Zalae” Nemeth called the punishment Apxvoid received “fair, but harsh compared to how other incidents have been handled. No way this should ruin a career.”

Others, like George “BoarControl” Webb also agrees with the outcome of the ordeal, but thinks this highlights fundamental flaws of the HCT Playoff system.