With an overall score of 6-2, Philadelphia Fusion defeated New York Excelsior to join London Spitfire in the Grand Finals on July 27-28th in New York City. It was an emotional defeat for NYXL. They were not only the favorites to win, but also most consistent team throughout the entirety of the season.

But playoffs aren't about consistency -- they are about showing up and being the better team when it counts. In that regard, Fusion put on an amazing show, steadily out maneuvering NYXL at every turn. Competitive Overwatch currently exists in a DPS centric meta and Fusions dynamic duo Carpe and EQO were nigh unstoppable.

NYXL's biggest playmaker, Pine, fought admirably and had some incredible moments. However, in a post-match interview, Fusion's Poko commented that "you could just tell" Pine was playing too emotionally, evident by repeated risky flanks without much payoff.

Fusion stepped in front of the press core first and were remarkably calm after taking such a big win. In fact, the players didn't seem overly eager to answer questions or revel in the victory, instead focusing on quickly refuting any question or insinuation that denied the validity of their win.

EQO spoke for his team when he frankly explained that their lower seed gave them no advantage (a concept made popular by LA Valiants post-match statements) and that the assumptions of NYXL's dominance were greatly exaggerated and heavily influenced by past events.

It was only when specifically asked about how they felt after winning, did EQO reveal a heartwarming sentiment:

Carpe, the MVP of the match, was asked what his team did right against NYXL. He answered with the only moment he truly knew things were going to be ok:

When NYXL entered the press room, there was a clear change in mood. The usually jovial and confident NYXL were simply crushed, the majority of their eyes red from tears. If there was ever a day for emotions it was today.

Questions about the game weren't very important and the press core was more interested in how the players were coping with the loss. After all, the top-ranked New York missing out on the opportunity to play in New York is a bittersweet sweet experience.

With a dejected looking Meko beside him, Mano revealed the moment he tried to fight back the tears:

Saebyeolbe tried to lighten the mood with his usual good humor and, ultimately, delivered an iconic response when asked about his most memorable moment of the season so far:

The playoffs are over

Now, London Spitfire and Philadephia Fusion have emerged as the final two teams in contention for the Season 1 Championship. Both the lowest seeded teams to enter the playoffs, their ability to adapt to the new meta and perform strongly when it mattered the most gave them the edge over the leagues most consistent teams. 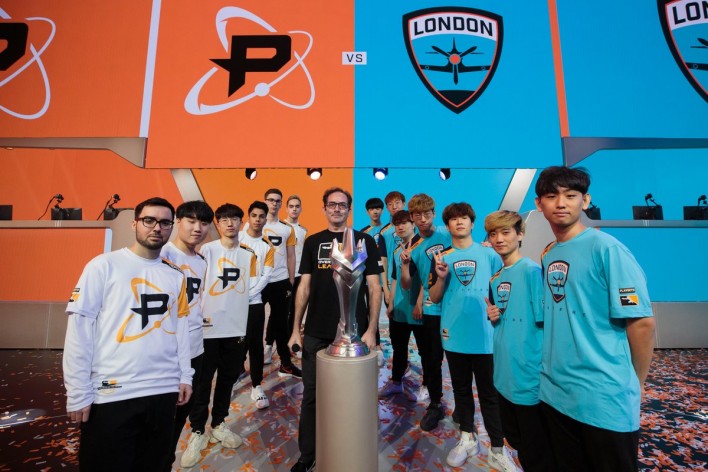