A flanker's worst nightmare: first impressions of Brigitte from Overwatch pros and analysts. 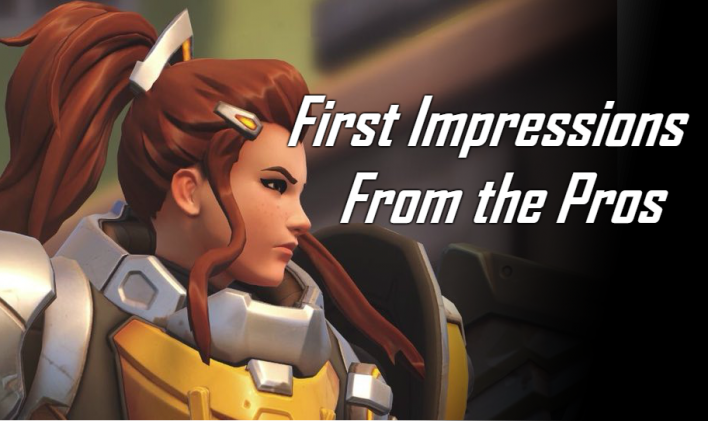 Brigitte, daughter to Torbjorn and squire to Reinhardt, is Overwatch’s latest and 27th hero. She is in the support role and is largely perceived as a healer-tank hybrid. Her primary fire is a melee ability that damages enemies and heals nearby allies. Additionally, Brigitte holds a “personal defense” shield akin to Reinhardt’s Barrier Shield and Orisa’s Protective Barrier.

Initial impressions from pro Overwatch players and respected pundits are that Brigitte is the “meta-breaking” – i.e. anti-dive – hero Jeff Kaplan teased her to be. She is strong against flankers like Genji and Tracer and is not easily dove by D.Va or Winston.

“I get why they said [she is] meta-changing because I think they assume [she] will just get rid of dive, which I mean, it can, especially in ranked. But it’s also ranked,” said streamer and former member of Selfless, Jeff "emongg" Anderson. Similarly, San Francisco Shock’s analyst, Harsha “harsha” Bandi, took to Twitter to say that “flankers' lives look so much harder now with the peel whip and armor.”


emongg demonstrated for viewers the quick combo that makes Brigitte so deadly versus Tracers. Once Shield Bashed, Tracer has no opportunity to Recall or dash away before she is killed.


“The coolest thing about [Brigitte] is that she kills flankers pretty easily. I don’t even think it’s hard to [stun] a good Tracer,” said emongg. “And if you’re quick enough with your cooldowns, then you’re just gonna kill the Tracer.”

While Brigitte’s healing is weak against poke damage, it is strong during brawling, up-close team fights. A common impression is that her healing output feels inconsistent, though this sentiment may change once she is subject to more controlled testing in a variety of compositions.

Notably, Brigitte is yet another support class whose primary fire (i.e. heal) does not necessarily require aim. However, both her primary fire and her Whip Shot trigger Inspire, the passive ability which generates her healing. The latter ability is her only opportunity to activate Inspire from long-range, and it does require precision.

Looking forward, it will be intriguing to see whether or not Brigitte becomes a viable pick, and if she does, how she will shape the meta. Her utility and playstyle may empower death-ball compositions and, potentially, pave the way for the return of Doomfist.

*The following information is based on initial observations gathered in the few hours since Brigitte’s release. Brigitte is only playable on the Public Test Region (PTR), and so numbers and mechanics are always subject to change.

Rocket Flail: primary fire – deals ~30 damage per swing; heals herself and nearby allies for 81 hp over 5 seconds; can strike multiple enemies simultaneously

Repair Pack: single-target heal – restores 150 hp; heals an ally to full health and then remaining heal is converted into armor

Shield Bash: charge stun – only available while her Barrier Shield is available

Rally: ultimate ability – provides Brigitte with a personal speed boost; provides herself and allies with 15 armor per second over 10 seconds (150 total); armor does not decay after Rally fades, so long as allies remain nearby

Inspire: passive ability – healing triggered by damaging enemies with her mace (or “flail”) via melee attacks or Whip Shot 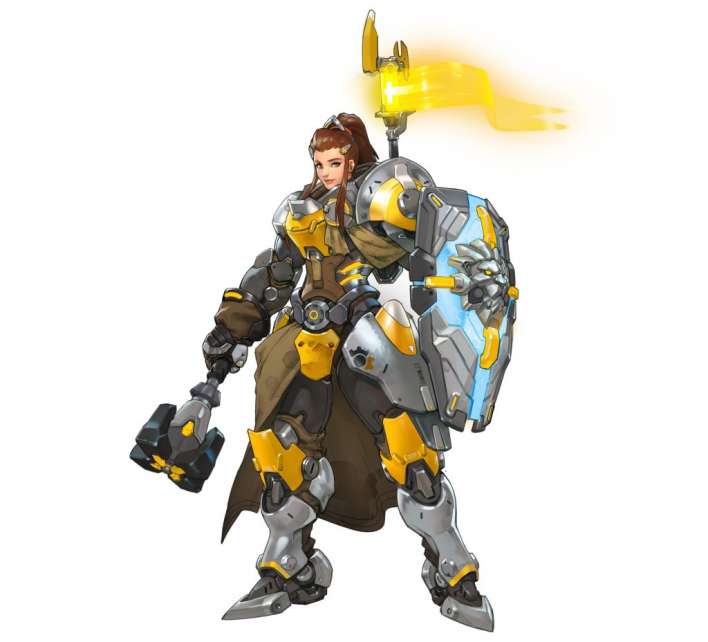 - Wait, but how does she heal?

Brigitte’s left-click damages enemies and heals both herself and nearby allies for 81 hp over 5 seconds. The range on this heal is uncertain but appears to be fairly far. This heal does not appear to be per swing. That is, two successive swings will not heal for 162 hp overall, but will instead reset or refresh the 81 hp heal.

For example, if you were to swing once, pause to gain 10 hp from your heal, and then swing a second time, then you would be healed for 91 hp overall if you did not first reach full health and you did not swing a third time.

Here is an example of emongg swinging successively from 105 hp and gaining 81 hp overall. Note, the number of swings, nor the number of enemies struck, do not appear to impact the amount healed.

Brigitte can only heal herself via triggering Inspire. She has no other self-heal abilities.

- Whip Shot does not interrupt abilities

- Brigitte can charge stun Reinhardt through his shield

- Barrier Shield can block abilities like Earthshatter and Self-Destruct

- Brigitte can be Flashbanged over her Barrier Shield

- Armor is not removed by Sombra’s EMP

- Dealing damage itself does not generate ultimate charge, nor does overhealing