aKm on Dallas Fuel: "No matter their results right now, they still have the potential to be the best team in this league." 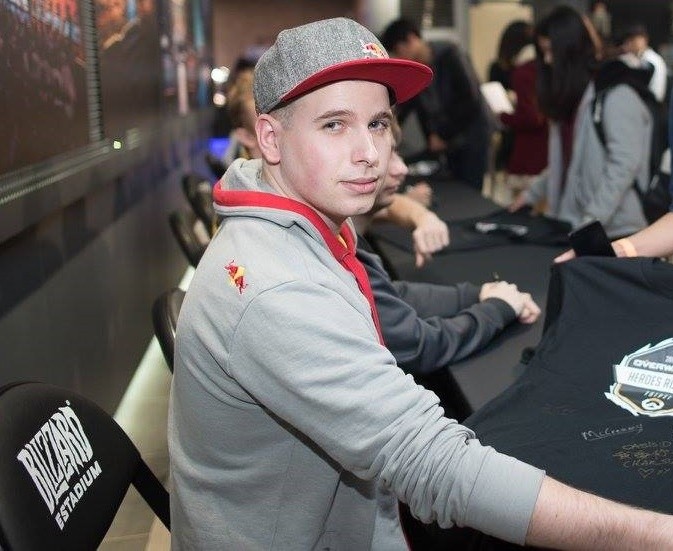 I spoke with Dylan "aKm" Bignet once in Taiwan, and he told me gave me the following answer when asked about which type of team he would join with regards to the OWL:

"I don’t want to sign for a high salary, but for a team that I don’t really like. Like a bad team. I rather play for a good team and I want to wait for those opportunities and that type of offer."

Naturally, his recent decision to join the league as DPS for Dallas Fuel made me want to follow up on this question. Is Dallas Fuel the "good team" he was waiting for?

What about Fuel makes it the right fit for you?

Dallas Fuel aka EnVyUS has been dominating since the early days. They’ve been having a slump, and joining them to help them overcome that slump is a great opportunity for me. They’re all amazing players and, being to work with the guys who used to be my rivals, is a chance I couldn’t say no to.

No matter their results right now, they still have the potential to be the best team in this league.


Have they always been on your radar, even before the slump? Did you consider any other team and, if so, can you mention them.

They’ve obviously a team I had on my radar, as they’ve been pretty much one of the best team since Overwatch release. I would have loved to play with Fl0w3r, but sadly my need of being in OWL got the best of me, so it never happened.

I couldn’t stay away from the high-level Overwatch for one extra year. I’m a huge competitor, and I like to compete against and with the best

What has impressed you the most about OWL teams and their level of play so far? As a competitor, are you at all nervous about your first arena debut?

Mostly, I'm impressed with how fast they adapt to any situation.

I’m not the kind of guy who’ll be nervous, I’ve been playing at the highest level for years, so I know how to handle this kind of pressure. I’m just excited


How has the team taken steps to properly welcome you?

They’ve been super nice to me since day one and have helped me fit into the team smoothly. They’re all great guys


Once you get settled in, do you think your experience in high-level competition may lend you to you leading the team throughout the next stage? Fuel has always struck people as incredible raw talent with some coordination issues.

I think my knowledge and experience can definitely help the team out. Having played with winz, people will say my opinion is biased because he’s my brother, he’s one of the smartest guys in this game, and he taught us a lot.

For how much playtime I get, it will entirely be up to me. As long as I keep working as hard, if not harder, as I’ve been the last 2 years.


Is there a particular player in the OWL that has impressed you?

Not a player in particular, but Boston Uprising as a whole. They came in this league as huge underdogs, and they managed to impress everyone

What do you think you bring to Fuel that they specifically have been missing?

I think my vision of the game. Being their rivals for the first two years of this game, I pretty much know what are their weaknesses from playing them so much. Hopefully, I can help fix those weaknesses.


And what might be the most common or obvious weakness you’ve observed so far?


Any last things you want to leave our readers with?