Why I'm gaming for Valentine's Day this year. 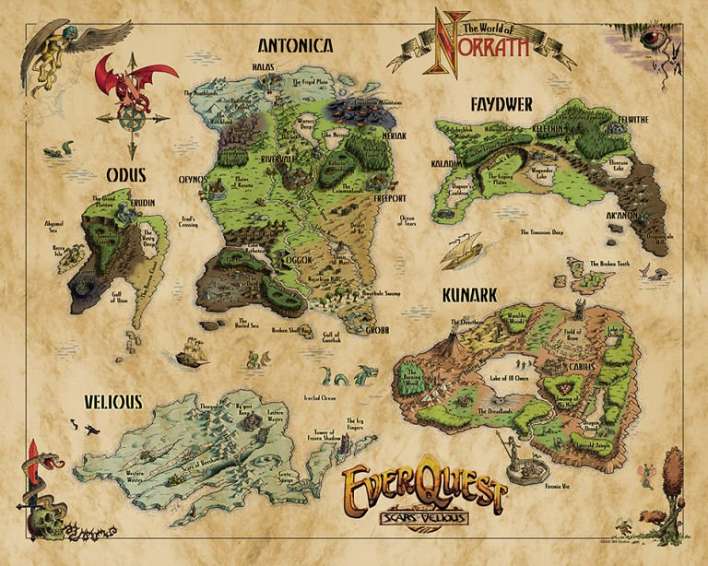 This love story starts in Vazaelle and ends in a Las Vegas wedding chapel approximately 14 years later.
In EverQuest, my mom was Azil Perdovia and my dad was Cassius Cleigh. Their guild was called The Walkers, and it’s a miracle any of this happened.


My mom’s real name is Elizabeth. She grew up in hick Kentucky town that boasts a population of maybe 1500. She started working in tobacco as a pre-teen alongside her rough-and-tumble dad and siblings; lived on a farm where she raised most of her own food; and, she had an outhouse – like, a functioning one.


Life was not kind to my mother during her formative years. I’ll spare the details, but suffice it to say that she lacked the nurturing childhood and stable adolescence many of us take for granted and by 19, she found herself a single mother of three. My mom is tough. But most importantly, she has always been a gamer and still harbors a particular fondness for Tomb Raider and Half-Life.


My dad? Quite the opposite. His name is Andrew, and he enjoys long bike rides on the Chicago lakefront and being doted on by his loving stay-at-home mom. He graduated from Catholic high school and promptly went onto college to become an accountant. On December 25, 2000, when his youngest sister gifted him EverQuest for Christmas, he tried to return it.


“I played it, but I didn’t want to,” he insists to this day. The game had a $10/month subscription fee that he didn’t want to pay, but the store refused to refund the purchase, so he begrudgingly found himself on the server Vazaelle alongside one Azil.

In its heyday, EverQuest was not a game for the weak-willed. Each death chipped away at experience gained and forced players to run back to their corpses naked to reclaim their gear. Bosses required massive numbers of players to down; each zone had mobs of varying difficulty; and, if you tagged a mob, then you had to either kill it or die because it would chase you for eons. On top of it all, the graphics are hilariously rudimentary.

It is in this virtual hell-scape that my parents bonded. After approximately two years (their timelines vary marginally) of late night gaming and shared suffering, it was time to meet. Andrew bought a Greyhound ticket to Mount Sterling, Kentucky and packed his bags. My mom was 31 and he was 27.

“I picked him up from the bus and he looks at me and says ‘You look old,’” my mom tells me. “And I told him ‘Well, you look young’ and then he gave me a hug and we dropped you off at [your Aunt] Marsha’s for a few days.”

I was five or so at the time and not particularly aware of what was going on. But as I found out later, neither was my mom. It was a complete surprise to her when my dad started unpacking his belongings and settling in. They had failed to set parameters for the trip, and she thought he was only visiting for a few days.

He didn’t leave for seven years. 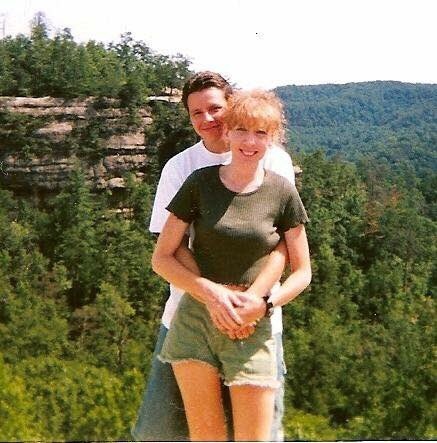 Before leaving Chicago, my dad had asked his grandmother for her engagement ring. He intended to propose to my mother when they met face-to-face for the first time in that Greyhound parking lot, but the reality and responsibility of parenting three young children quickly settled in. And so he waited.

His abrupt existence was the great mystery – albeit not an unpleasant one – of my childhood. Soon, he was babysitting my brothers and me while my mom worked, then eventually got a job in our small town and, for all intents and purposes, became a member of the family.

Gaming continued. My parents were among the first to jump ship from EverQuest to World of Warcraft. A member of their EverQuest guild (a man known only to me as Whizbang Dustyboots) helped develop the new game and invited them to early beta. Glutton, the abomination who used to reside in Razorfen Downs, was named after my dad’s alt, “Glutton Phor’Punishment” – or so the story goes.

In WoW, my mom became Partygirl – presumably as part of a long con to embarrass her 20-year-old daughter when she is one day forced to refer to her mother as such – and my dad shortened Glutton to Glut. They continued to live and game together for another two years before it was time for Andrew to propose.

He took the whole family to a local national park called Natural Bridge in the summer of 2004, nostalgically (and not so subtly) requesting that my mom wear the same outfit she had worn the day she picked him up from the Greyhound station. At the end of their hike, he got down on one knee and presented my mom with his grandmother’s ring and a marriage proposal. 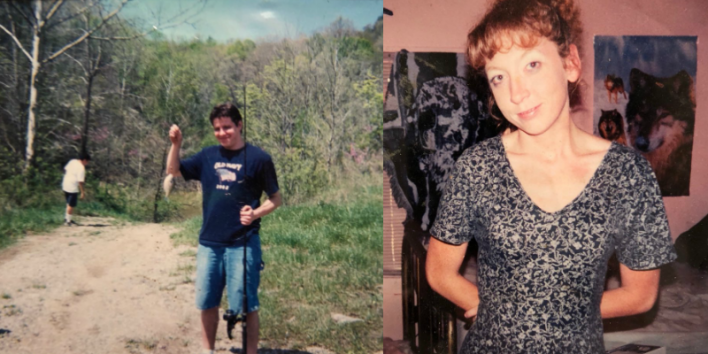 My mom said yes, of course – but the ring didn’t fit. In hindsight, this unfortunate turn of events foreshadowed the tumultuous 10-year engagement that was to come.

Shortly thereafter, Andrew’s father was diagnosed with cancer, which pushed my parents’ engagement to the back burner. Once his cancer was no longer at the forefront of the family’s mind, several of Andrew’s brothers and cousins became engaged and set their wedding dates, further delaying my parents’ nuptials. After that, their wedding was delayed even further still by our relocation to Chicago.

And then even more of my dad’s siblings got married.

In August of 2014, a whole 10 years after my dad’s initial proposal, my parents decided – f*ck it. Rather abruptly, they bought two seats on a flight to Las Vegas and were married later that week in a Vegas chapel.

I watched the ceremony from bed on my laptop, typing to my brothers and a few extended family members in the wedding equivalent of Twitch chat.

My dad bought my mom a new engagement ring and a wedding band. The former is engraved “My Azil” (for Azil Perdovia) and the latter “Needa Hug” (for another of my mother’s EverQuest characters). Nearly 20 years after their fateful meeting in-game, Azil Perdovia and Cassius Cleigh are happily married.

All of this is to say that last year, when I gave my parents little warning before hopping on a plane to visit a friend I had met through Overwatch, I had the perfect response to their absolute fury and dismay – “But that’s how you guys met!”

Happy Valentine's  Day from InvenGlobal! May your gaming adventures help you connect with friends and family all over the world.