Meet Danteh, the solo grinder that transformed into a team player. 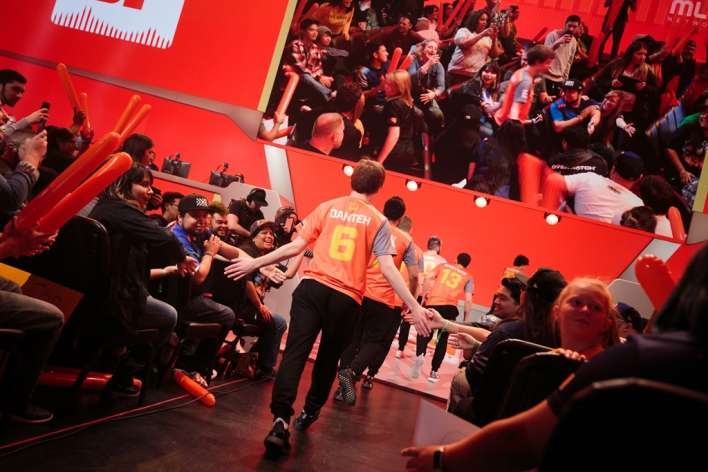 Dante "Danteh" Cruz, as he describes it, goes with the flow. He is not too keen on showing his face and, before the Overwatch League, his relationship with video games was all about having a good time and the novelty of climbing the competitive ranks. In Overwatch, his natural state is keeping quiet on the comms and killing enemy players, but that will only get you so far in a competitive league, something Danteh is keenly aware of.

Previously known as GoofyGoober and sometimes Dankteh, his incredible Tracer skills gained him a loyal fanbase, something he still can't really believe exists. When we sat down to talk about his experience playing in the OWL, I wanted to know how he got here in the first place:

What was your motivation for joining the Overwatch League?

Then, the next season, I ended up getting top 10. I thought: "wow, this is like really fun!"

So, I joined a pretty bad team -- it was just a pick up so I could play in weekly tournaments. From there, I joined Denial eSports, with xQc and later with Custa when we became Arc 6. I guess I made a name for my self then.


Did you envision ever being on stage and representing such a large organization?

Nah, I didn't really look too much into Overwatch League because I was just an average player. At BlizzCon when they announced the league, I thought "oh, that seems cool. But I never looked into it -- I wasn't that good at the game. Just a regular player.


"Before I joined this team, I was really good at killing the back line. That is all I was good at."

Then help me understand how you got from just thinking "that's pretty cool" to actually being in the league? Did it take much work or was it just a natural progression?

I grinded the game a lot. I wasn't that good until after high school. I graduated in May and I started playing DPS for my team as well. Our team got really good and we ended up winning the last Alien ware monthly Melee. Those tournaments were what got me loving this. It was so fun competing in those tournaments.


What did it feel like when you won for the first time?

It was super hype because it was against Selfless. Our coach used to be coach for Selfless and Sinatra was on the team as well. I remember we were all so hype it was insane.


How has some of the mentorship you have experienced so far from San Francisco Shock helped you grow as a player and, maybe, as a person?

I feel like my mechanical skills have improved. Looking back, I have a couple old videos on my Youtube, just random games. I watch them every once in a while and I just go "wow." I look at all of these things I would have done differently. Scrimming all of these good Overwatch teams really molds you into a different player.

As a person, I've calmed a lot more. It's hard to explain. I used to be very quiet on my old team but, now, I talk a lot more. I am a lot more comfortable and I make better use of my comms.


Do you think you've improved in your communication as a practical necessity in order to win or because you trust this group of people you play with more?

One of the things I was told is that I need to talk more. It's pretty important that I give my team good info because I am in the back line a lot. If I can set up the dive successfully, that can make us win fights.

"One thing that I never did before was enable teammates."

I never really thought about it that way. Before, I would just listen to comms of my teams while just doing whatever. We have vocal players, like xQc and Custa, but we are trying to find a balance. We want the quietest to talk more, and the loudest to talk less.


What were some other bad habits you used to have as a player?

I had to widen my playstyle to be able to help my team. For example, if our Zenyatta needs a lot of help, I will permanently contest their flankers. If we need to kill their monkey, I'll just stick to him the whole game.  Joining this team has really changed my playstyle.

Before, I would only chase backline -- that is how I climbed the ladder! I was rank 1 for a few weeks just playing every day and killing back lines. The online player base didn't know how to deal with that.


So would you call your self a solo player that has transformed into a team player?

I mean, I was "good", but if I played that way now, I would be hard feeding. I would be really, really bad. It just shows how much everything has improved. If you look at other Tracers a year from now, you would think that everyone now is just so bad.

The game is constantly evolving. There are a lot of pros that aren't in OWL and these newly risen pros are very good. If you can adapt well and keep up with them, you can maintain being a pro for a while. 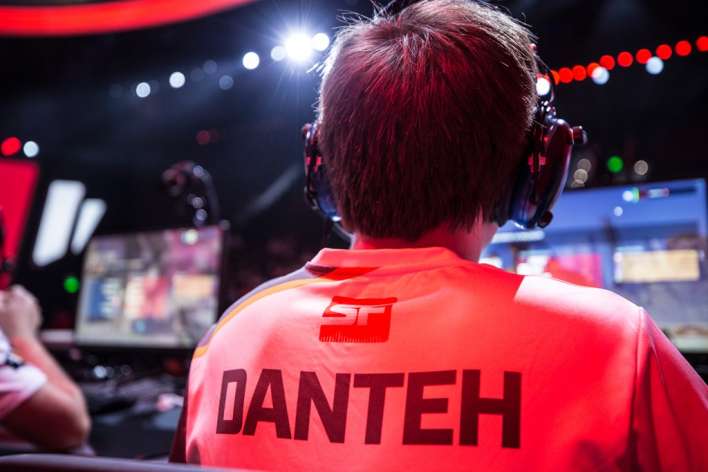 What current position or hero do you think a year from now people will be playing much better?

I think every hit scan and flanker hero. Any hero that has high mobility, because your decision making changes every meta. It is constantly changing and, as you get better, you will start doing certain things to enable your teammate and your self.

One thing that I never did before was enable teammates. I was a solo player! Enabling teammates is the best thing you can do, like, if I can enable babybay, he will pop off -- that is what he is really good at doing. If I can't do that, he won't do as well.

Maybe I will do a bit better, but it doesn't matter if we are losing.


You used to be a Minecraft PVP'er.


Is there any comparison at all to what you do now? Has it helped your OW career?

Well, basically it's mice and keyboard skills. You build coordination, and tracking is kind of the same. But, at the same time, it's not because Minecraft is very big and predictable -- nothing like tracking a Tracer or a Lucio. But

I 'd say you get basic tracking skills and that helped a little bit.


What game do you think you would be playing if it wasn't for Overwatch? Where would you be focusing your talent and love of mastering a game?

I have no idea what game I could be playing right now. I'm pretty sure I wouldn't be playing Minecraft -- I kind of got bored of that. Maybe I would be a Fornite player. It could be anything.

Once I start playing a game, I only focus on that game. If it was Call of Duty, I would be only playing that. I can only focus one game at a time and I can't have two interests at once. I prefer to hard grind just one game.

"There is this one fan that is in the crowd, every single game. The same guy is always cheering us on."

So you think playing multiple games would delude your skills?

Yeah, it does. You get distracted. Say you are really into Fortnight. If, during scrims, the whole time I was thinking of Fornite, that attitude makes it hard to getter.

You don't really want to get better with that attitude. You want to play the other game that is way more fun.


When do you ever not want to play Overwatch?

If I am tired or in a bad mood.  When I get a lack of sleep, I don't really feel like playing. I can't perform as well and that frustrates me. Then it is like -- woah, I get toxic. That is really the only time I don't want to play.

Tell me about all of the fans that draw you and create these adorable Danteh characters online--how do you respond to that?

I love it. I retweet almost every single picture that is drawn of me. I think it's really cool, it's awesome! I love these pictures -- I save them and put them all in a folder. They are just cool!


Did you ever expect to have that sort of fanbase? It almost borders on an admiration outside the game -- like they just enjoy you as a person.

Not really. I don't face cam that much and I don't really show my face in general. I don't post pictures regularly-- I just go with the flow.

So it's really cool that people want to draw me.


Does your new responsibility to your fans and the organization ever get in the way of the grind to get better?

I think it kind of inspires me. There is this one fan that is in the crowd, every single game. The same guy is always cheering us on. 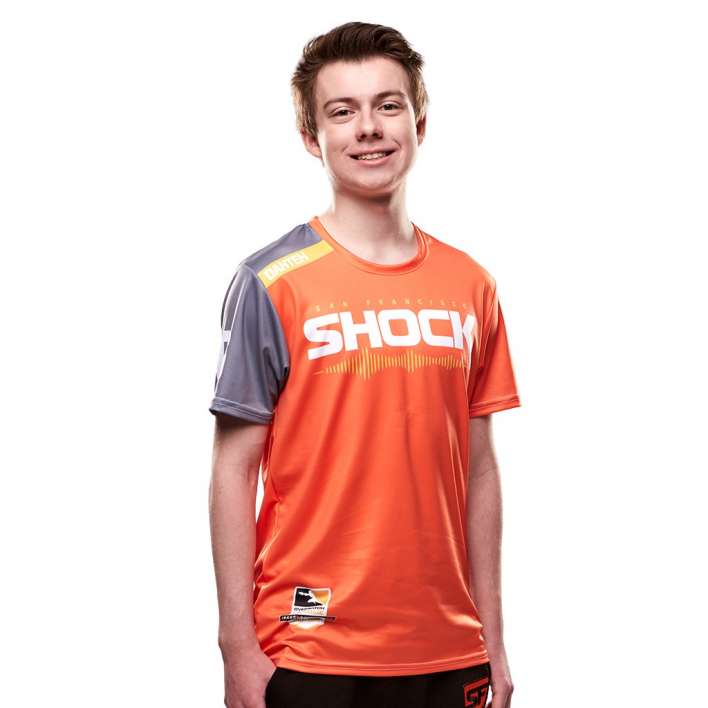 You can follow Danteh on Twitter here. All photos inside the Blizzard Arena stadium taken by Robert Paul for Blizzard Entertainment and subsequently released by Blizzard for publication.