Elyoya: "EU junglers most of the time are scared, it seems. They don't want to f**k up because they are scared of making mistakes"

For MAD Lions jungler Javier "Elyoya" Prades, MSI 2021 was a chance to bloody his hands against the best junglers in the world before returning to Europe for the Summer Split. The Rookie of the Split for 2021 Spring, the Spaniard is on a lava-hot trajectory to greatness, as not only is he Spring Split champion, but almost made MSI finals too, pushing DWG KIA to five games.

Inven Global sat down with Elyoya after week 1 of the LEC Summer Split to discuss the new jungle meta, meeting Kim "Canyon" Geon-bu and Yan "Wei" Yang-Wei, and what are European junglers lacking.

You said previously in an interview that your goals for the year were to reach the finals for the Spring Split and win in the Summer. You already accomplished one of those. Do you have any other specific goals that you want to reach this year?

I would like to keep the title. And also one of my goals is to get MVP of the split, which I think it's... I believe it's a bit hard right now because the jungle meta doesn't really help that much, since not many carries are being played. But I still think I'm going to be able to get it. It's my goal.

In the past, you spoke of how formidable you thought Canyon was as a jungler. What was it like finally playing him? Did anything surprise you?

It was really good since that was kind of always my dream. And what surprised me is how stable he is: No matter the game state, no matter what champion he's playing, he's always playing it mechanically really, really well. He's always in the spot where he has to be. It's really hard to put him behind. I was really surprised by that.

"Here in Europe, I feel like most of the junglers are just like trying to move around, not having that much risk."

Previously, you didn't think that you were going to do that well in the matchup. But I would say that you exceeded expectations — you helped take MAD to five games. Do you have a lot more confidence in yourself, given how you were able to sort of stand toe-to-toe with him?

Yeah, for example, I remember the first game, I was like three levels ahead. And though we ended up losing, I was still ahead on Canyon. It's not much because we ended up losing the game but just to get some confidence into the best-of-5, for example, it helped me a lot. Right now, I feel really confident to be able to do whatever I want.

What about facing Wei? What was different about him compared to other junglers that you’ve faced?

I think Wei was way more aggressive than Canyon. Canyon was really stable, but he wouldn't create insane leads, but I think Wei was that kind of player. He would take more risks in order to get more rewards.

Would you say Wei compares more to the top European junglers?

Yeah, I think Wei compares a lot more to the European junglers than Canyon.

"I think I need to perform mechanically better. [...] I'm not off, I'm not doing badly but I'm not at that level that people would say, 'Okay, he deserves MVP of the split'."

Are there any aspects you felt eastern junglers were behind on? Is there any area LEC junglers have the edge?

I feel like European junglers most of the time are scared, it seems. They don't want to f**k up because they are scared of making mistakes. And I think that's a really big mistake in terms of mindset. If you watch LPL, even the top 16 teams will start fighting and they're at least having fights. Instead, here in Europe, I feel like most of the junglers are just like trying to move around, not having that much risk. I think that as a jungler you need to kind of make a difference or a lasting impact on the game.

INTERVIEW
Odoamne: "My laning has never been better. I feel like I'm on top of everything I need to win my lane

Are there any other junglers you actively study to get better right now?

I'm watching Oner, who is T1's jungler. I believe he's mechanically really talented. I'm also watching Canyon, Wei, Jiejie. I pretty much try to watch every jungler because I feel like you can learn things from even the worst junglers. There is always something that you can learn from each player. If the game is high level, if the game is interesting, I always watched those junglers.

With your goal to be the MVP, as an individual, what do you think are the main things that you need to work on in order to get there?

I think I need to perform mechanically better. I think my read on the map is really good, and I think I'm always in the right spot. I'm also able to create plays, but I feel like mechanically... I'm not off, I'm not doing badly but I'm not at that level that people would say, "Okay, he deserves MVP of the split". 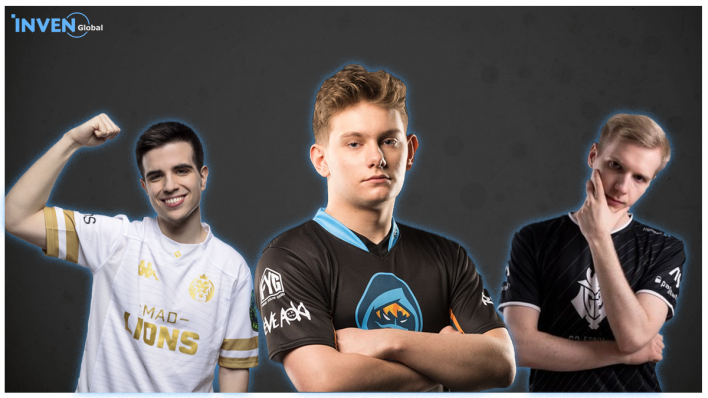 Your biggest competition for the spot appears to be Inspired who really has come into his own. What do you think Inspired does well and what held him back from helping Rogue win in the playoffs against you guys?

I think Inspired is in a way very similar to Canyon. He doesn't like to take much risk. I think his preferable playstyle is more getting a full clear, and he doesn't like to gank that much. He prefers to always be ahead in levels, maybe not be ahead in gold... So I don't think the ganking meta suits Inspired, I think farming meta suits him more since he's really smart with pathings. I think that that's his strength.

INTERVIEW
Bwipo: "I want my team to feel that the game is easier to win because I’m playing with them. Being the best is the byproduct of that."

Your team is primarily praised for their early game skill and aggression, and one noted point has been tightening up your macro game. How have you guys been trying to improve in that area?

Yeah. We were actually getting punished in mid-game even by wildcard teams, which theoretically, we should not be. We thought we were better. But in some mid-games they were playing way better than us. So at that point, we started working. Once we got to medium [level], we started going through the basics again. I trained to watch for the mistakes we were doing.

You spoke of the meta not suiting Inspired at the moment, how do you think you would adjust to a meta shift? Are you suited for progressively more supportive styles?

Yeah, I think both metas kind of suit me. I think I'm good at adapting with my teammates, so I think that it would be no problem. If the meta shifts tomorrow to supports in the jungle, I will be quite fine — I'm already playing Udyr and Volibear. I will be fine for sure.