In the end, GEEK FAM, Four Angry Men, and T2K Esports finished at the top of the leaderboard and were able to advance directly to the PMGC Grand Finals. GENESIS DOGMA GIDS, D’Xavier, Team Falcons, NS RedForce, and Furious Gaming generated the fewest amount of points in the group and were eliminated from the competition. Additionally, REJECT, Geekay Esports, TEM Entertainment, IHC Esports, FaZe Clan, Vivo Keyd, GAME-LORD and Besiktas Esports have progressed to the Survival Stage which is due to be held November 30 - December 2. With the Group Stage now concluded, the Survival Stage will see 24 qualifying teams battle it out for 16 places in the next phase of the competition. This penultimate round, known as the Last Chance, will be the final opportunity for teams to earn one of five slots in the PMGC Grand Finals. 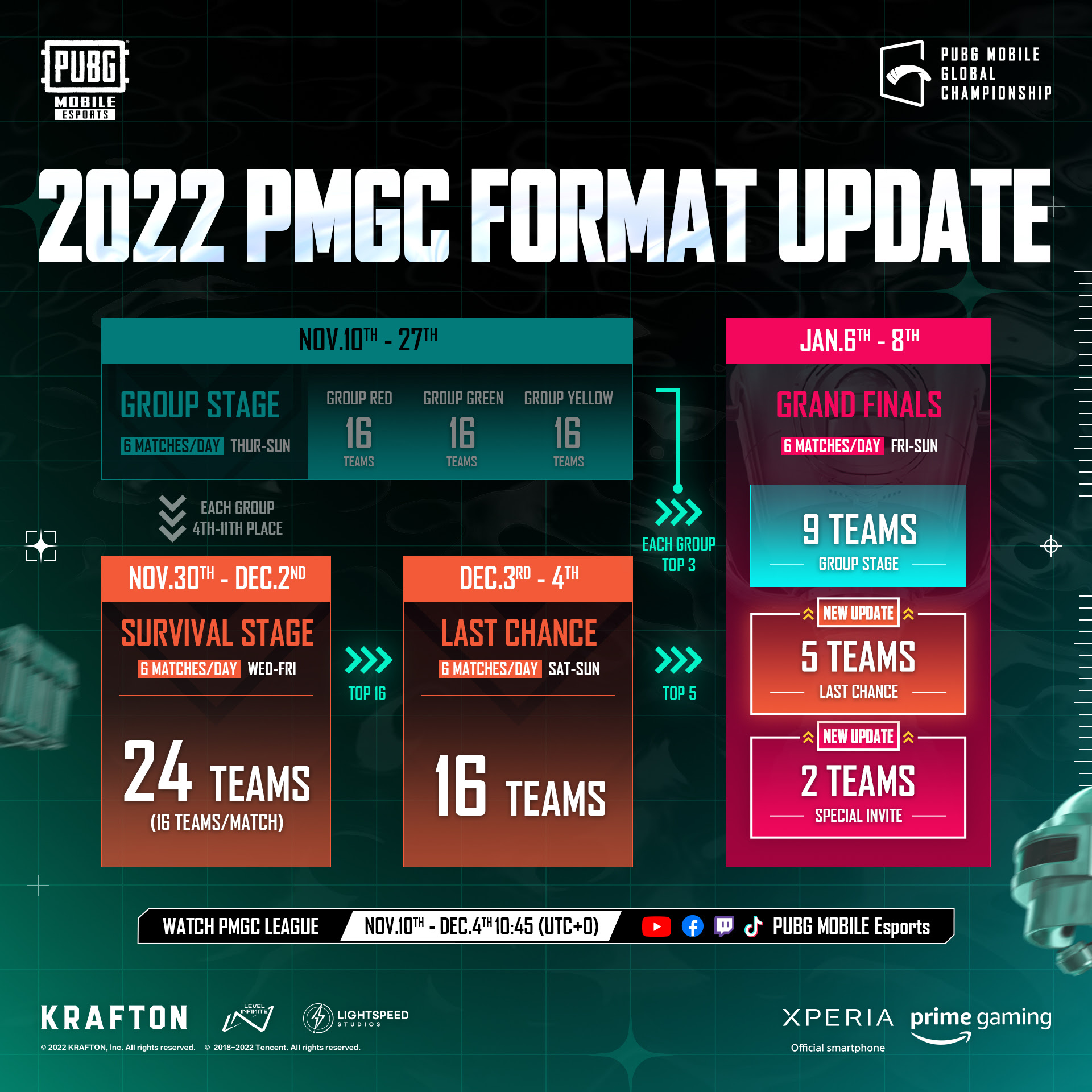 The full list of teams that have qualified for the Survival Stage can be found below: 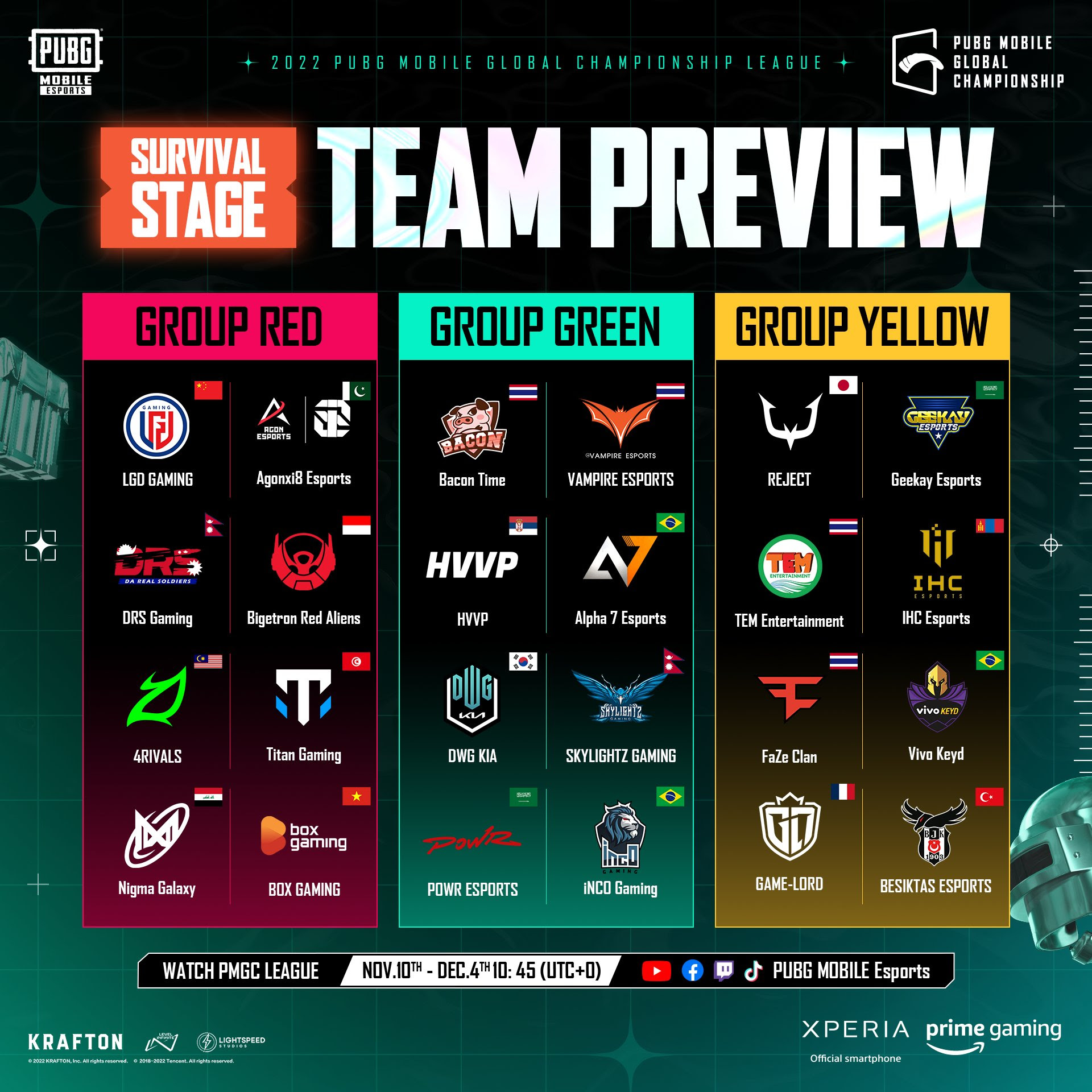 The PMGC Grand Finals are scheduled to take place in Jakarta, Indonesia from January 6th-8th. Here the best 14 teams from the PMGC League will be joined by the two global invites who are Alter Ego Limax and Team SMG. These 16 teams will clash over two-days of intense competition to earn the honour of being crowned champions of the 2022 PUBG MOBILE Global Championship.