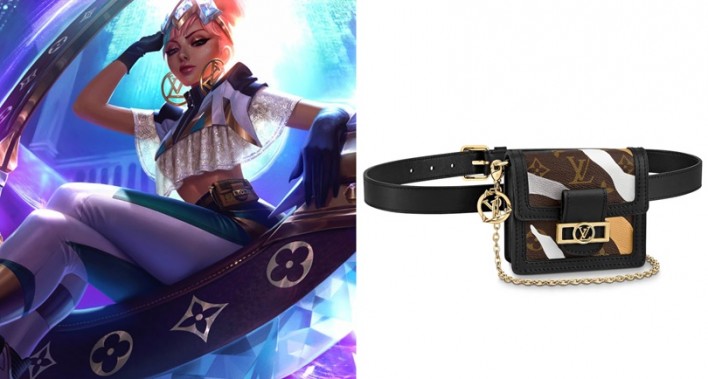 When earlier this year Riot Games announced a partnership with Louis Vuitton for the World Championship trophy case, many wondered how far this partnership would go. Then followed True Damage: a prestige skin for Qiyana designed by Louis Vuitton. Today the collaboration took another step: Louis Vuitton launched a unique League of Legends clothing line.

As expected from the French luxury brand, the apparel doesn't come cheap. For a short sleeve shirt with Qiyana printed on it you'll have to pay $670 USD. The cheapest item of the series is a diamond bracelet, sitting at a comfortable $345 . If you're feeling like flexing your wallet and want to purchase the most expensive item, you'll have to add the $5,650 leather biker jacket to your shopping cart.


Though the prices are quite high for the average clothing customer, interest in the articles is high as well. Louis Vuitton's customer service told Inven Global that their website was experiencing lag because of the high amount of curious visitors. They also were able to tell that several products had already met their pre-order limit in a few sizes, with the product only still available in other sizes. The employee further told us that while the clothing line is targeted at a female audience, most of the clothing was designed to be unisex.

Louis Vuitton artistic director Nicolas Ghesquière, who focuses on clothing collections for women, was the brain behind Qiyana's True Damage outfit which released earlier this year. In an interview with fashion magazine Vogue, Ghesquière said he found it fascinating to explore where fantasy begins and reality ends: "Where it’s especially interesting for us is how a character that was built in the game becomes an influence on the real world, and how people will want to dress in her looks.” With this latest collaboration between Louis Vuitton and Riot Games, gamers are one step closer indeed to being able to purchase clothing they've seen their favorite characters wear.

Getting Over the Next Hurdle in your Esports Career [IGEC 2020]