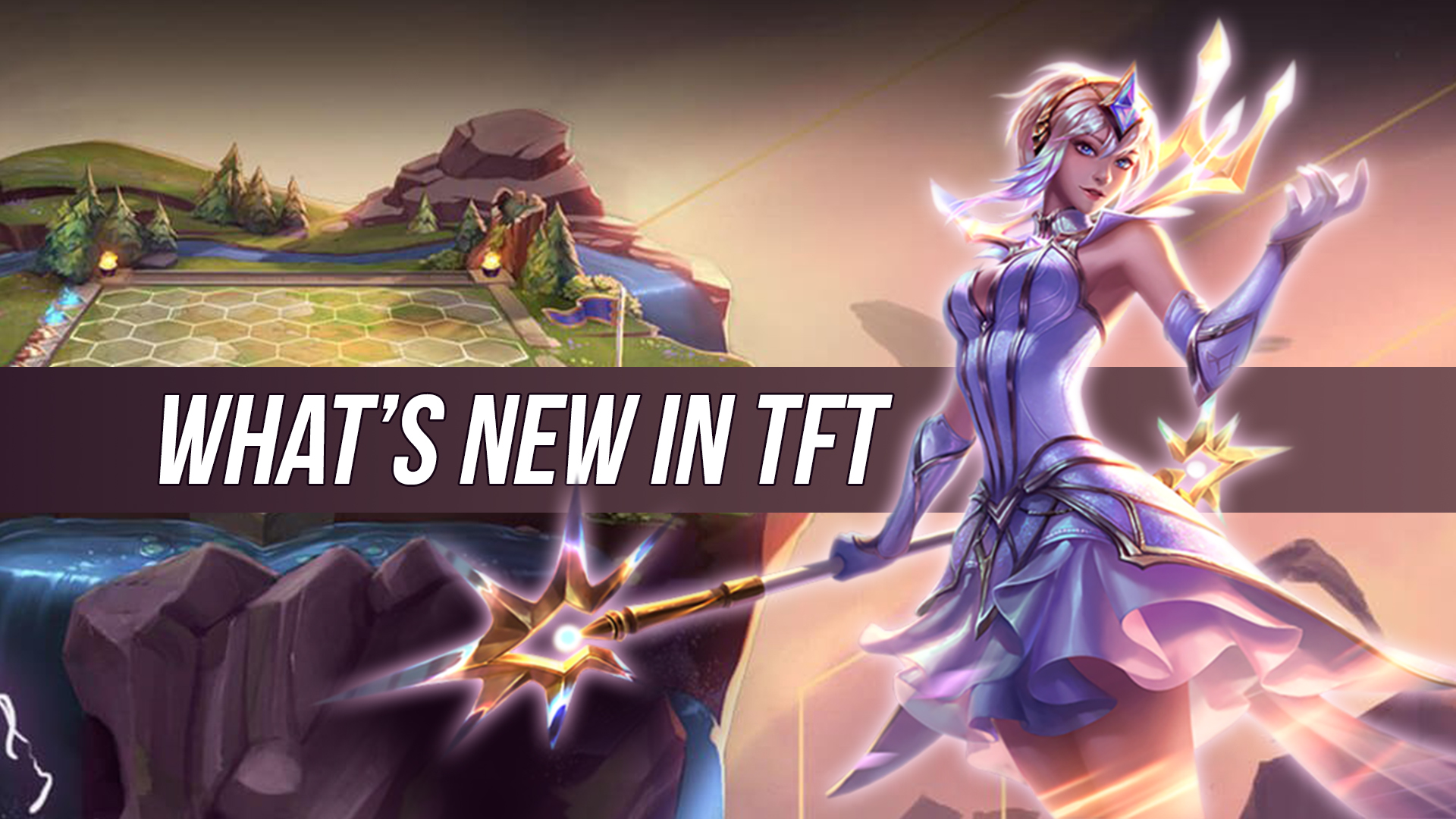 Last week, Riot announced a bunch of new games, including a shooter, fighting game, and card game. But most importantly (or not, really that's up to you), they announced a huge update to their super succcessful "Auto Battler," Teamfight Tactics.

That announcement was followed up with a lot of planned leaks from popular streamers yesterday, and today, with its PBE launch, it is all live for the players to test and explore.

As we mentioned previously, there are no more "Origins," instead, champs now have "Elements," coinciding with the direction in which they are taking the Summoners Rift. While all the leaks were fun, today we get the whole

Here they sit, all shiny and new, together in one simple graphic. Ahh, it's beautiful! (Sorry, you have to click on the picture, it's HUGE.)

While William "scarra" Li revealed the four different Qiyana types on his stream, today we learn of another variable champion, Lux! With her Elementalist skin, she has 10 different forms! not only that, but she is a 7-cost unit. Up until now, the max unit cost was 5, and even now, she is the only rule breaker, and no other units even cost 6. Lux seems like she'll be pretty powerful.

Her ult in TFT is the same ult as Summoner's Rift, a big laser that hurts a lot. Lux's trait is that she's an Avatar (unique to her), which just means she will change between the 10 different Elements.  Not only that, but her Element will count twice, meaning if you have 4/6 units, and Lux becomes that Element, you will reach the 6 champ buff!

Once we learn how Lux changes Elements, we'll provide an update. But for now, we just know she'll shift around and pack a big punch.

Which champs are you most excited about? Any of your mains make the list?

In addition to new champs, there are of course the elements and traits. While we outlined some of those previously, they've all been released today, and there's even a nifty cheat sheet for us as well. (Once again, click the image to see it in full resolution.)

Many of the Elements and Traits feature brand new mechanics, like Steel champs becoming temporarily invulnerable at half health, others are reused, like Assassin, Ranger, and Cloud (which replaces Yordle).

There are plenty of new ways to organize comps and mix up tankiness and damage carries. These traits are all likely subject to change though, so be sure to follow the change log they just started, or check back here for further updates.

Elemental Hexes and The Golden Spatula

Of course, the last major change announced so far is that each game will have its own Element that affects the board and champions on it. Scarra also announced this in his stream, showcasing how the hexes work and interact with your champs.

It's prety simple, at certain rounds, a random hex will become charged will Elemental energy that will buff any champ standing on that hex. It takes up an item slot, but it's likely more than worth it.

Additionally, since we no longer have the Origins of Old, we need new Spatula items! Why make someone a Yordle with Mittens when there is no Yordle buff?

Well here's a nice graphic of the Set 2 Spatula Items and details on what the hexes provide. (Click to make big, okay?!?)

So that's it! Those are the changes and additions so far. Three nice graphics to save for now, but again - follow @Mortdog, @TFT, and @InvenGlobal to stay up to date as they continue updating the game before its live launch. And if you have PBE access, go give the Set 2 launch a try and be sure to let Mort know what you like, don't like, and hope to see in future teamfight Tactics updates.