It’s the end of the Play-In Group Stage for Groups A and B, with Clutch Gaming and Splyce finishing as their respective Groups’ first seed, and the Unicorns of Love and Isurus Gaming taking second. Their second day brought a slightly different meta than their first, after having 12 games of their own between the two, and a day to watch 12 others between Groups C and D. A few champions fell in priority (goodbye Ekko), while some others rose (hello Syndra). But the most impactful comes from the support position! 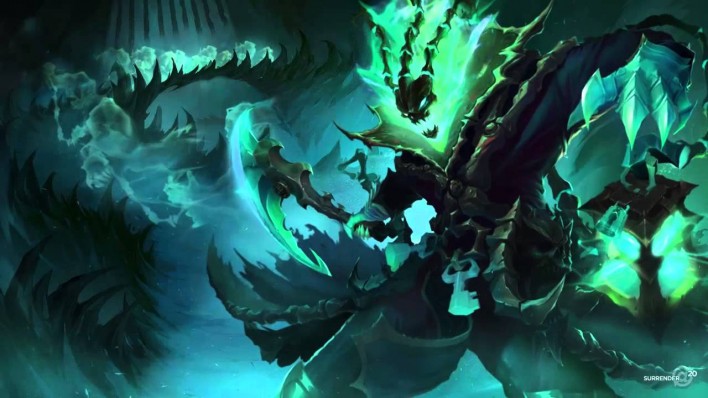 The Chain Warden himself, Thresh claims the most valuable pick of the day, shaping how teams skirmished and roamed around the map. While hook champs have been popular since the start of the tournament, Thresh rose in priority among them, and ended the day at a 100% win rate out of his four games picked.

Furthermore, he ended the day with an average of a 9.7 KDA between four different players. Thresh was also banned twice, and both teams that banned him won as well, so you can argue keeping the enemy off Thresh has a high correlation with winning games. If you can’t pick him yourself, ban him away. Additionally, three of Thresh’s four wins came on teams that had lost to their opponents previously. While it’s obviously not entirely his doing, the champions ability to control quick skirmishes and reposition (AKA save) teammates enabled these underdogs to win where they hadn’t before.

Otherwise, the support meta seems extremely solidified. Only one new pick, Fiddlesticks, showed its face today, though it did manage to get the win. Every other support was a hook champion, Rakan, or Leona. Teams are still choosing to value engage, crowd control, and peel more than heals and shields. Don’t expect this to change, at least throughout the rest of Play-Ins.

But maybe once Uzi is in the game, we can see an enchanter in the support position. But be sure to check out the support pool in Day 4 of the Play-In Stage to see how Thresh fares and find out if teams dare play anyone new.