Dota 2 and Dota Underlords will simultaneously receive not 1, but 2 new heroes this Fall 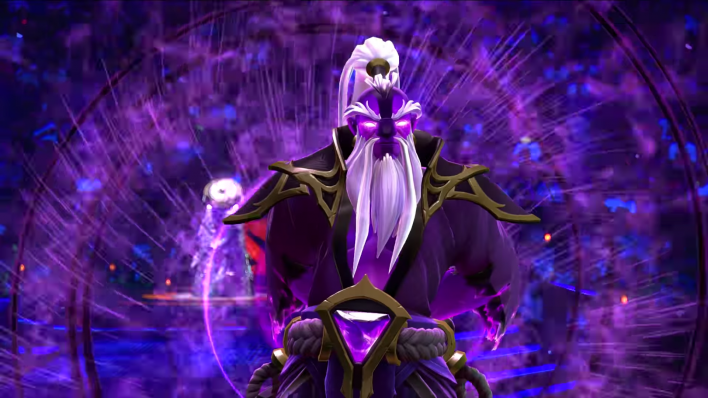 It has become the standard recipe for The International, Dota 2's world championship event: as the knockout stage progresses, a new hero is revealed to join the MOBA later on in the year. Then, close to the grand finals, another hero is teased, though it tends to take a while before that second hero actually is added to the roster. The heroes for this year: Snapfire and Void Spirit.

They're doing things a little differently this year, though. Both heroes will join the Dota 2 roster in the same patch this Fall, during an event titled the Outlanders patch. The most interesting part, however, is that they won't be limited to Dota 2: the heroes join the battle for Whitespire in Dota Underlords as well.

Snapfire, the first hero revealed, is lore-wise the aunt of the tree destroying Timbersaw. Accompanied by her noble steed, of which the race is difficult to determine, her kit seems to exist of guns and magic cookies. Her mount spews a hot blob of goo, melting the target.

How this would translate to Dota Underlords isn't exactly sure. It seems a given that she belongs to the Scrappy alliance where we find the likes of Batrider, Tinker and of course here beloved (now molten, according to the trailer) nephew Timbersaw. Her second alliance could still go many ways. From the looks of it she has been inventing a couple of things, such as the gun mounted on her pet monster so perhaps she'll be an Inventor. On the other hand, most heroes in Dota 2 that take a seat upon another creature are considered Knights. Or... perhaps Valve has a completely new alliance in mind entirely?

Void Spirit is an even bigger mystery. Not only have very few of his abilities been revealed—unless he'll do some dimension warping and ominous staring on the battlefield—his origins are largely unprecedented territory as well. Faceless Void is a Dota 2 hero who must be related to Void Spirit in some way, but that's about everything there is to guess at the moment.

It's likely that, by the time Void Spirit joins Dota Underlords, he'll be fit in at least one completely new alliance. So far none of the other spirits—Storm Spirit, Ember Spirit and Earth Spirit—are playable in Dota Underlords, and the four heroes would make for a perfect alliance together.