Here is everything you need to know about Hearthstone's second Masters Tour, held in Seoul this weekend 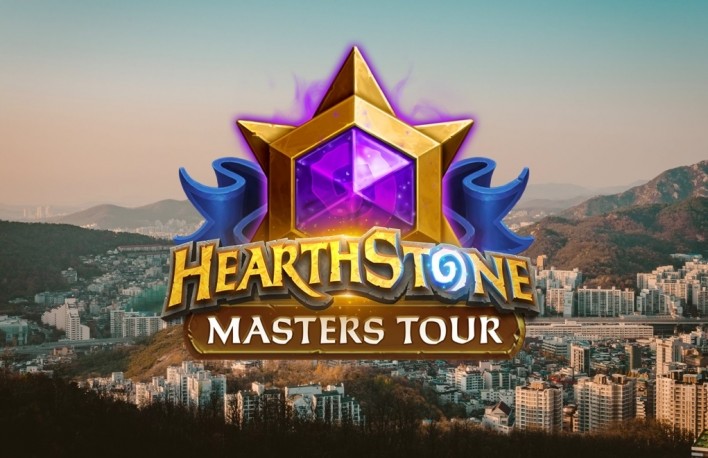 August is host to an incredible amount of esports action, and Hearthstone is providing a chunk as well. This weekend almost 400 of the world's best players will gather in Seoul, South Korea to fight out who will be the successor to Las Vegas Masters Tour winner Dog, and take the lion's share of a $500,000 prize pool.

For those out of the loop, and for those who just want to read through the important information once more, we've created this viewer guide!

When and where to watch

The tournament will start on the 16th of August, Korean time, and will conclude on the 18th. Since the event is held in Korea it'll have broadcast hours kind to most Asia Pacific and American countries, but less so for European countries. On Friday and Saturday the action starts at 10 am KST / 3 am CEST, which is at 6 pm PST on Thursday and Friday for people watching from the Americas. The third day starts one hour later.

As usual, the action can be followed on multiple channels:

The English stream will have Dan "Frodan" Chou, Brian Kibler, Jia Dee and Darroch Brown as casters throughout the weekend.

Although a new competitive format has been announced for Grandmasters' second season, the Masters Tour event in Seoul will still be using the Specialist format. This means that players will bring one main deck, accompanied by two slightly different builds of that list—the secondary and tertiary deck. These two different builds may at most differ 5 cards from the main deck.

There are twelve rounds of Swiss in total. After the first day, which sees seven rounds of Swiss, only players with four or more wins are allowed to continue on day 2 for the final five rounds. The top 8 is then cut off and placed in two mini groups, which will provide the four semi finalists. While up until those semi finals everything is played in a Best of Three format, the final three matches will switch to Best of Five.

With over 380 competitors slinging cards in Seoul this weekend, there are many names worthy of attention. Many Hearthstone Grandmasters, such as Rdu, Orange, Alutemu and Rase have flown over to show the aspiring pros what level they need to operate on to be kings of the jungle.

But while for Grandmasters there is 'only' $500,000 dollar and honor to be won, for the hundreds of other attendees much more is on the line: a big step towards making it to next year's Grandmasters competition. A spot in the league is claimed by the player who has the highest earnings from Masters Tour events this year in his or her region. Let's look at the top 3 earners per region so far, who aren't in Grandmasters yet, and who will also be competing in Seoul:

At tied earnings, the player who finished higher in
Las Vegas' Swiss stage is given priority in this table.

How to earn free packs while watching

That's right, we've saved the best for last: once again you can earn free Hearthstone packs while watching the event. Twitch drops have been enabled on all the aforemention channels. If you have your Twitch account connected to your Battle.net account and consume six hours of Masters Tours content in total, two Saviors of Uldum card packs will be added to your account. Every hour 1500 lucky viewers will be given a free Classic card pack to top it off!