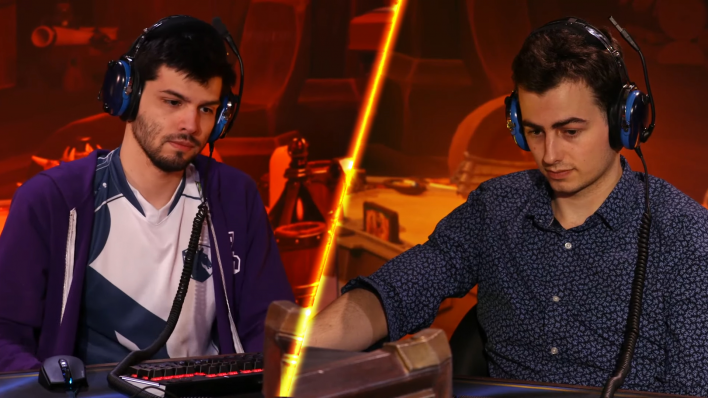 The Americas region's Hearthstone Grandmasters league is being rocked up by a change in the middle of the year. David "dog" Caero, Hearthstone veteran and Masters Tours Las Vegas winner, is stepping down to focus more on streaming. In the second leg of the league he will be replaced by Edward "Gallon" Goodwin—his Las Vegas grand finals opponent.

Although dog's decision will raise many eyebrows, it's not completely unexpected. In an interview with Inven Global earlier this year, the American already expressed his doubt towards the league: "I almost turned down Grandmasters, to be honest. I didn't really want to do it. The only reason I did it, was because I wouldn't be able to play in any competitive esports events for Hearthstone. Other than that, I'd have turned it down because it's a big time commitment in terms of streaming etc. For streamers it's actually not worth it. But just because I want to compete, I accepted the invite."

Later on dog seemed to have lost his thrive for competing in Hearthstone more, as he told his Twitch viewers about intending to leave Grandmasters. To him, not being allowed to stream while Blizzard was broadcasting his region's division was the straw that broke the camel's back—he's been streaming Riot Games' Teamfight Tactics almost exclusively.

His replacement, Gamers Origin player Gallon, wasn't picked randomly. As the official rules state, when a Grandmasters spot is open in the middle of this year's competition, the player invited to fill the hole will be the one who has earned the most amount of money in Masters Tours thus far.

That's not to say Gallon now enters Grandmasters based on a fluke, though. During last year's competition Gallon acquired 120 HCT points, already putting him in contention for a direct invite to Hearthstone's Grandmasters league. Starting August 23rd he'll have his shot at the big bucks after all, when Season 2 of Hearthstone Grandmasters' first year commences.