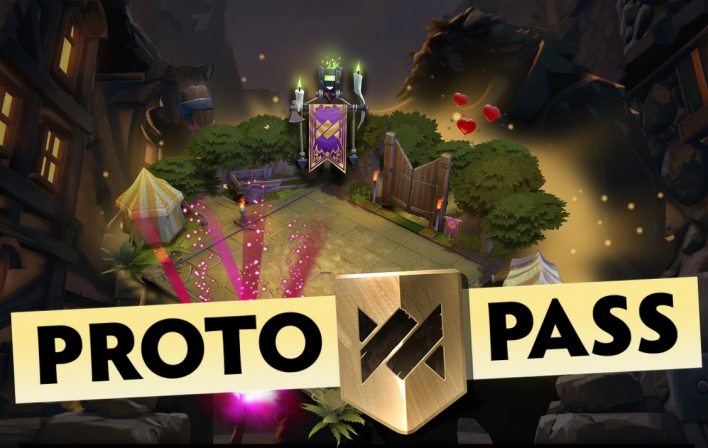 Valve's now weekly update to Dota Underlords was delayed by a day, but it was worth the wait. Aside from the usual tweaks to the game, with some UI improvements, bug fixes and balance changes, the publisher added a test-phase Battle Pass to their autobattler. The 'Proto Pass' is a completely free-to-play progress system awarding cosmetics from emotes to a new game board.

Some form of progress system was due, as players didn't have any reason to play other than ranking up. Now though, there are 25 levels (you start at Level 1), each with their own reward. Levelling up can be done by regular play—either PvP or versus bots on Hardcore difficulty—which earns XP. Every 24 hours Daily Challenges will appear as well, providing large chunks of Proto Pass XP to speed up the levelling progress.

Sorted by type, these are the cosmetics currently unlockable in the Proto Pass:

With the Proto Pass Valve is testing the waters for Dota Underlords' release. So far the company has listened loyally to the game's community, and by adding this experimental Battle Pass the developers are simply asking: what type of rewards work for Dota Underlords?

The Proto Battle Pass is now available and ready for testing. All current and future beta testers get access to this pass for free.