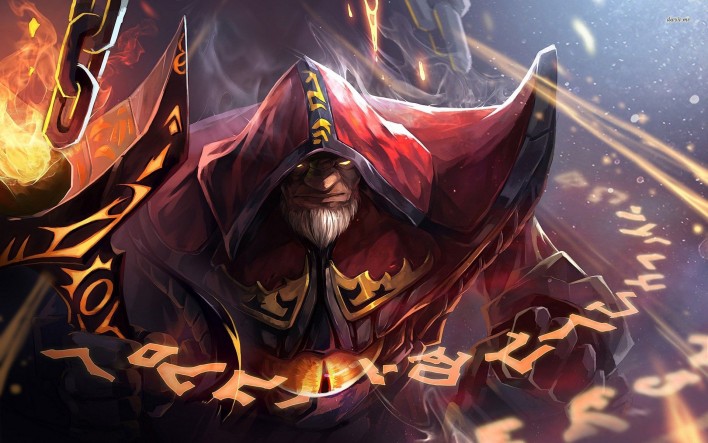 It was an odd change of pace. After tweaking Dota Underlords almost every other day since the game's open beta launch, Valve took a break for a week. However, it seems that the changes they wanted to implement have stacked up, because the latest patch is a big one. Two Alliances received reworks, items were changed and the win/loss streaks received some changes.

For warlocks, the game has changed quite drastically. Whereas meeting the Alliance's requirements previously provided all allied units with a certain percentage of lifesteal, the effect now establishes a link between a warlock and the lowest-health friendly hero.

Both the warlock and the linked hero then heal for the damage done by either one of them, making them a draining duo of epic destruction. For Shamans the Alliance synergy was altered too: it now requires 3 shamans to pull off and instead of insta-hexing an enemy, all enemies now generate -200% mana when affected by stuns, hexes or silences.

A key gameplay element was changed as well: win and loss streak bonuses. One of the more advanced techniques to master, said streaks allowed experienced players to accumulate a big stash of gold when executed correctly. Loss streaks have been reduced in power: you get 2 gold at max for losing (though it still happens only after losing 5 or more times in a row).

The maxixum amount of gold you can earn from win streaks has been upped by 1, but a limitation has been brought into place. Previously, after getting to 7 wins, players would earn 3 gold as a bonus and continue to be rewarded that amount for each consecutive win after. There now is an 8 win streak bonus of 4 gold, though your streak is reset immediately after, meaning you have to start from the beginning again.

A much desired feature has been made accessible with the patch as well: a live overview of the heroes each player has on board, which items they have in their arsenal and which heroes they have on the bench. This was added to Drodo Studio's mod Dota Auto Chess a few month into the game's existence, and was met with great enthusiasm.