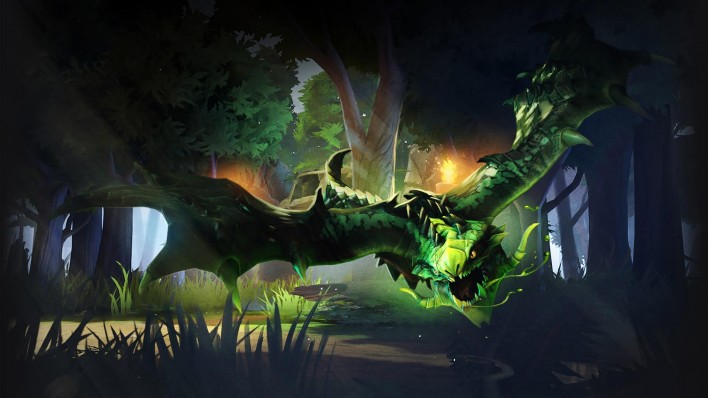 It's been only five days since Dota Underlords hit open beta, but the developers have already pushed out the third patch. This time around Valve is making some general optimization and quality of life changes, but is also trying to balance the meta a bit. Dragons are getting a big buff, while the dominant mages have been hit by nerfs.

There are currently three available dragons in Dota Underlords: Viper, Puck and Dragon Knight. Previously their synergy would automatically trigger all the dragons' ultimate ability right at the start of a round, and you had to have all three dragons on board. Now, when you have only two dragons on board, they will "unlock" a second ability. For Puck this means that, besides Illusory Orb, the Phase Shift ability which renders her immune for 0.5 seconds is available. Dragon Knight breathes fire at first, with his Dragon Form being the unlockable ability, and Viper now has Corrosive Skin to unlock.

On the flipside of the balance table sit the mages. Previously regarded as the strongest strategy, mages' largest offender has been hit: Keeper of the Light. The elderly wizard's Illuminate Ultimate easily wiped out enemy boards when combined with Crystal Maiden to quickly load up the necessary mana. Now, he'll have to wait a bit longer, as he needs 50% mana more to fill up the bar. He also needs a little more protection - his health has been reduced.