In Kingdom Hearts 3's DLC, Sora wields the Oathkeeper Keyblade and takes on a new form 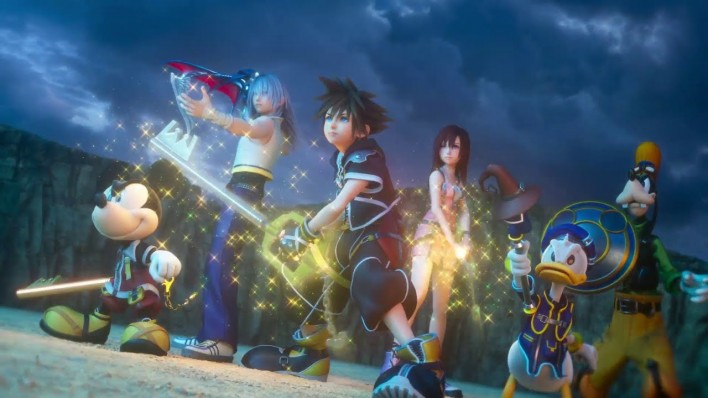 Exciting content awaits fans of the widely acclaimed game Kingdom Hearts 3. After a DLC was confirmed about a month ago, Square Enix finally provided the fans with some tangible information through the means of a teaser video. During E3 a minute-long trailer, mixed with some gameplay, showed off what to expect from the DLC called 'ReMind'.

The video opens with Young Master Xehanort approaching a mysterious, hooded figure to have a little chat. While the dialogue itself isn't very revealing, fans speculate who the hooded figure might be. Could it be the Master of Masters, who according to Kingdom Heart 3's campaign end was said to fight with Sora, Luxu and the Five Foretellers.

That's not where it ends in the trailer story-wise though. Xigbar and Luxord question each others' identities in what seems to be a standoff. However, Luxord doesn't let it escalate, and leaves the scene.

Dialogue aside, the video shows off a decent amount of gameplay footage too. Said footage seems to confirm that more characters will be playable: Riku, Roxas and Aqua appear controllable by players. In another quick scene Sora can be seen wielding the Oathkeeper Blade, heroically bursting out of his clothes to reveal an all-new form.

While the exact release date for Kingdom Hearts 3: ReMind has not been confirmed quite yet, earlier reports have made it clear that fans will get more of in-game content before 2019 is over.