After six years of service, popular deckbuilding site Hearthpwn is closing its doors 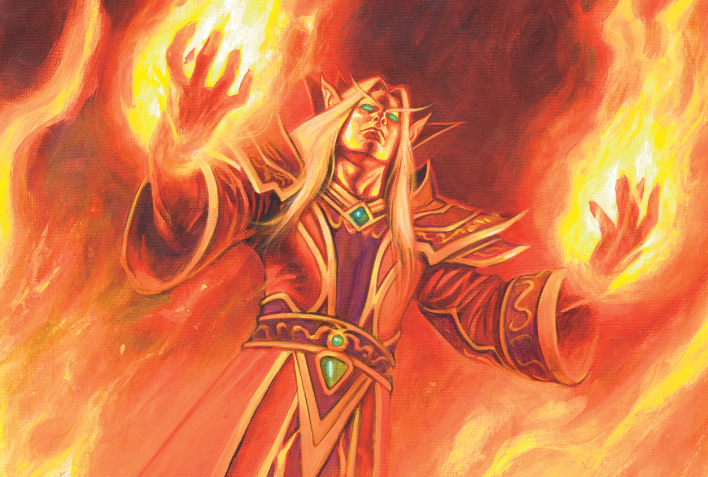 It's a sad day for Hearthstone players who browse the internet looking for the latest meta-breaking deck (and let's be real, who doesn't do that?). Today Hearthpwn, the most popular deckbuilding site in the community, announced that it will shut its doors on the 28th of June. While new content can no longer be uploaded then, existing content will still be available after the shutdown.

The post doesn't specify as to why the plug is being pulled on the website. Face of the website Robert "Fluxflashor" Veitch was left in the dark too by owner Curse/Fandom, whose decision it was to shut down Hearthpwn. Fluxflashor states: "Unfortunately I don't have a real answer for why the site is shutting down. It wasn't dead by any means. I had no input on the shut down. I did want to purchase the site though but it was not up for sale."

This isn't the first time Curse/Fandom is shutting down a popular fan website. To equally as much confusion and sadness DiabloFans announced its shutdown just last February.

Out of cards, but not fatigued quite yet

The termination of Hearthpwn isn't the end of its crew though. A large part of the Hearthpwn team are going to continue working in the card game scene: Fluxflashor, FrostyfeetEU, ShadowsOfSense, Sinti, AbusingKel, Boozor, Chimera, Linkblade, Neonangel, Otovent, Phoenixfeather, Sylicas, Th3D4rkL0rd, Tox and Zence are all transferring to a brand new site. Out of Cards, their new home, will focus on Hearthstone at first, with Magic: The Gathering Arena joining eventually. Although as of now the website is still in beta, the welcome announcement speaks of big plans:

"Hearthstone remains our number one priority right now. Building the tools and features you expect out of a #1 Hearthstone website alongside the content.

Today might be a sad day, but the plans for Out of Cards look promising. Led by Fluxflashor, assisted by his veteran colleagues, there's no doubt the new genre site will quickly rise in the ranks again.

EDIT May 29, 21:54 CET: In a brief response to Inven Global, Curse has commented on the decision to shut down Hearthpwn. The statement is prefaced by acknowledging the strong ties the site had built: "We’re proud of what we built with Hearthpwn and grateful to the community for supporting us along the way."

Curse continues by somewhat elaborating on the decision to pull the plug on the website: "The decision to archive the site was difficult, but unfortunately we are unable to justify the engineering resources required to keep the site live." Whether this means Hearthpwn's traffic declined too drastically, Curse set a higher bar or if something else entirely broke the camel's back, hasn't been specified.