With Hearthstone's meta stale and imbalanced, it's time for the nerf hammer to hit

Early April, Hearthstone had its biggets meta shakeup yet. After Journey to Un'Goro, Knights of the Frozen Throne and Kobolds & Catacombs reigned supreme for the entirety of their presence, their retirement to Wild set the overall power level way lower. Out went the Death Knights, Quests and legendary weapons. In came Rise of Shadows with its Twinspells, Schemes and Lackeys.

After the initial pandemonium of decks, the meta settled - far quicker than it had after most expansions in the past few years. Not a problem per se; if there's a wide variety of decks, there's plenty of content for players to enjoy. However, as is the case 99% of the time when a meta settles, the current Hearthstone meta is far from balanced. The largest offender? Rogue, by a long shot.

The numbers of the meta

By gaining EVIL Miscreant, Waggle Pick and to a lesser extent Heistbaron Togwaggle, the new archetype Lackey Rogue took off. It combines Miracle Rogue-like strong draw mechanics with heavy burst from Pirate Rogue, and finishes off with a pinch of value in Heistbaron Togwaggle and Chef Nomi to stand a chance against control decks. On average, Rogue made up over 25% of ladder last week, according to ViciousSyndicate. On legend, that number was even more skewed in Rogue's favor: 34.1%, over a third of legend decks, were Rogues.

So what's there to answer Rogues? Warriors. Warriors can shut down the build-up through Brawls, Warpaths and a whole bunch of mechs. Empowered by Dr. Boom, Mad Genius, the late game snowballs quickly in Warriors' favor, as all mechs gain rush and therefore can easily clean up any threats on board.

In turn, Warriors are answered by Hunters and Mages. With the sticky decks Midrange Hunter, Mech Hunter and Secret Hunter, there's a plethora of cards for Rexxar to annoy Garrosh with. As for Mages: the most popular archetype, Conjurer Mage, exerts too much pressure for even the controlliest of Control Warriors to consistently beat.

It's not a huge surprise that the meta has settled so quickly. A few days after Rise of Shadows released, the Hearthstone World Championships began, giving the sixteen qualified players just a few days to figure out what to bring. Simultaneously, Masters Qualifiers competitors had to solve the meta puzzle for competitive Hearthstone's 1-class Specialist format, in which Rogue's flexibility triumphs. Almost half of all Qualifiers winners used Rogue to grab a ticket to the Masters Tours event in Seoul.

Pick a culprit, then hit it with the hammer

Four classes seeing play is not the worst Hearthstone's meta has ever been in, but Rogue's growth in popularity doesn't seem to come to a halt anytime soon. It has to be addressed. With no meta-breaking new decks sprouting - the existing decks just get updated - it's time for nerfs.

As many veteran card game players will realize, though, the meta is not solved by just cutting off one head of the hydra - all classes in the rock-paper-scissors structure need to take a blow. Whether it's by targeting an obnoxious card directly (like the infamous Starving Buzzard nerf), or by targeting a key card in an obnoxious strategy (like the Saronite Chain Gang nerf to reel in Shudderwock Shamans), these are some nerf suggestions that could restore balance to the meta.

In Rogue, there are too many options 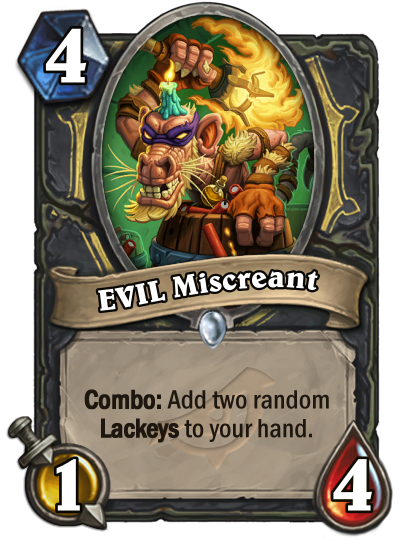 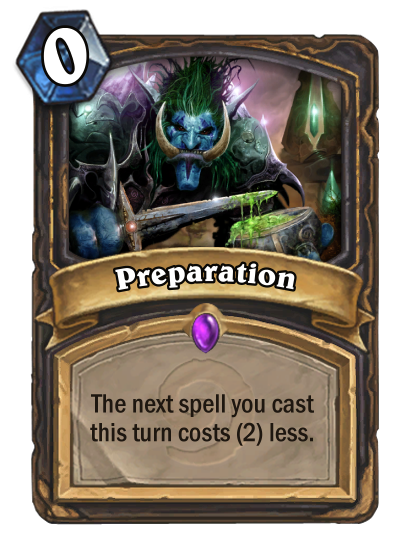 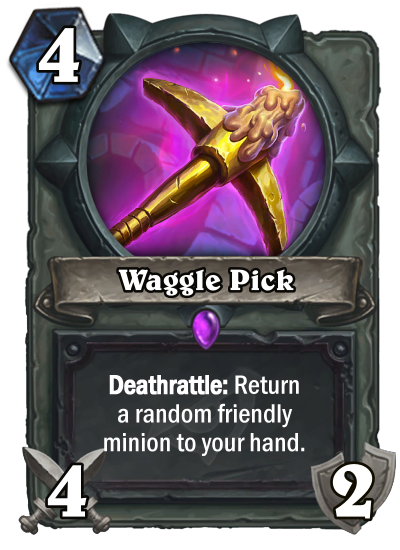 Perhaps one or more of these changes can curb Rogue's power level?

Lackey Rogue is such a polished deck, so refined, that it's difficult to pinpoint which one card could be targeted to significantly reduce the class' power. EVIL Miscreant, now a 3 Mana 1/5, feels too difficult to remove, making it relatively easy to bounce back and/or buff. Preparation is a card essential to Rogue's identity, but reducing a spell by (3) is crazy powerful - as have all Mana cheating card been. A 5 Mana Sprint, a 1 Mana Raiding Party or a 3 Mana Myra's Unstable Element is still incredibly strong though.

Waggle Pick now reduces the cost of the returned minion by (2), forming a sort of Shadowstep-on-a-stick. Although that initially seemed like a downside, Rogue's good old friend Leeroy Jenkins begs to differ. With a Waggle Pick and Leeroy Jenkins alone, players now have access to 16 burst damage in one turn for just 8 Mana.

Make Dr. Boom a little less mad of a genius 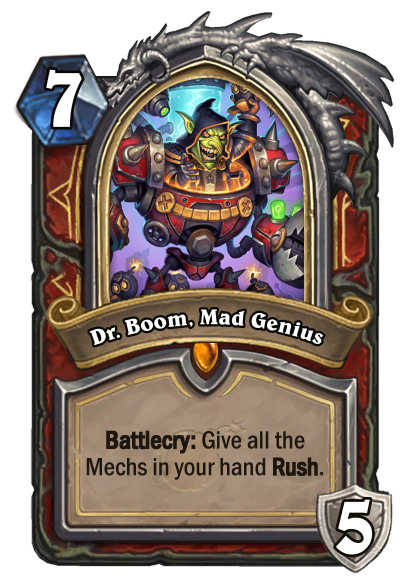 Currently, the hero card Dr. Boom has a permanent aura, providing all mechs that come into play on his side of the board with Rush. "At least it isn't Charge, right?" No, but Rush is a pretty darn good alternative if virtually every minion you have gets it, and if your goal is to clear the board. By only giving the mechs in your hand at the time of playing the doctor Rush, playing the card can become a little more skill-testing, and a little less obnoxious. 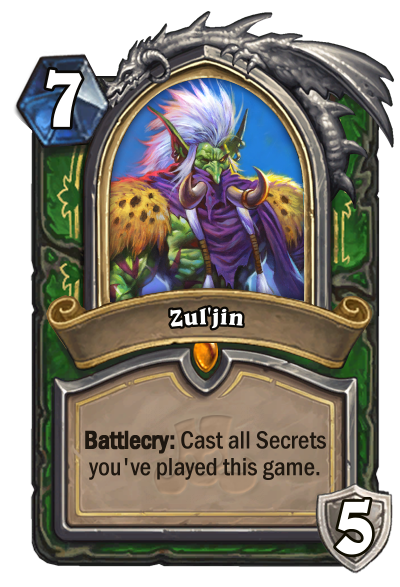 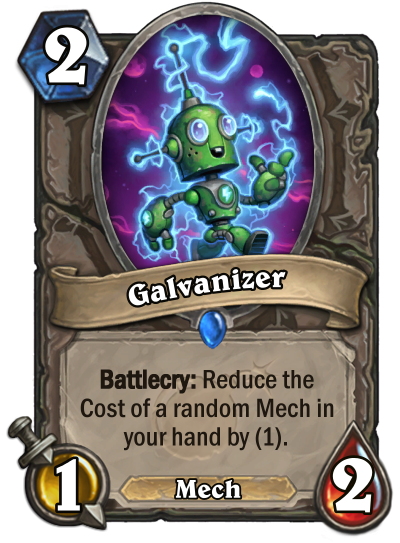 It's tough to determine where Hunter would need to be 'hit' with a potential nerf hammer. Secret Hunter and Midrange Hunter have a reasonable amount of overlapping cards, such as the powerful Zul'jin, but use them differently. Mech Hunter consists of almost 30 completely different cards - lists with Tracking and Animal Companion have some overlap.

So who knows? Perhaps instead of casting every spell, Zul'jin should just replay all your Secrets, and be reduced in cost to compensate. As for Mech Hunter: Galvanizer seemed extremely strong from the moment it was introduced, reducing all mechs in your hand by (1). Has this cute fellow's time come?

That leaves us with Mage 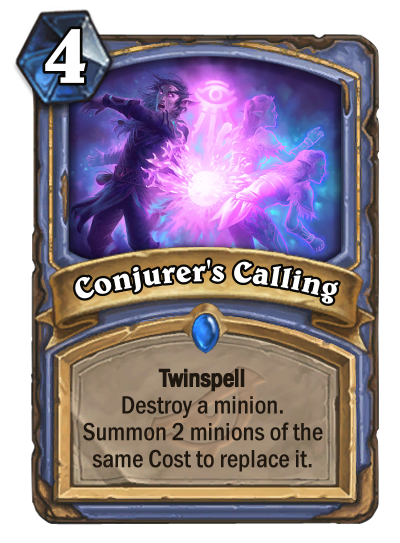 Call it aggressive nerfing, but there's a serious risk of Conjurer Mage going rampant if left untouched when the other dominant decks are hit. For three mana Conjurer's Calling splits one Giant into two, and two Giants into three. It's cheap, flexible and can be a skilltesting card, but perhaps in the current environment is a little cheap for a tool to flood the board with huge minions.

Blizzard has surprised us with rapid nerfs before. Just weeks after Rastakhan's Rumble was released, it hit Wild Growth, Nourish etc., sending players into the New Year's holidays with an exciting new meta puzzle. With Grandmasters coming up soon, and with a meta that's already getting a bit boring, a new meta shakeup wouldn't hurt at al.