G2's ocelote: "We all have a responsibility as LEC to make League of Legends the most-watched game." 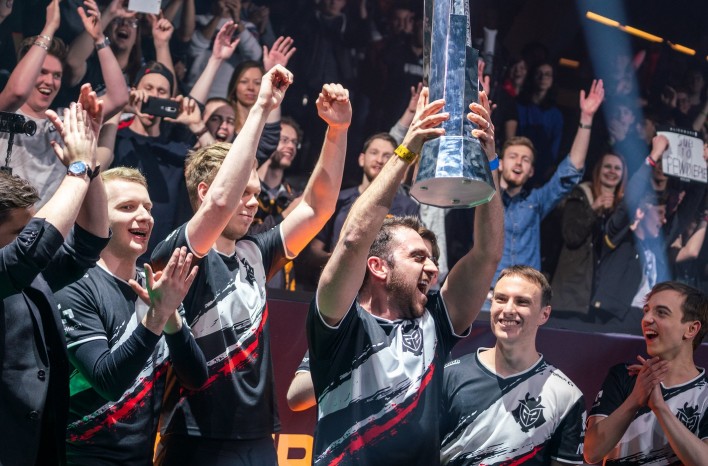 It's been a great start to the year for G2 Esports. After adding Caps and Mikyx, the team's League of Legends roster ploughed through the opponents in the LEC - even the grand finals of the Spring Split were won dominantly. We sat down with the owner and founder of G2, Carlos "ocelote" Rodriguez and had a brief chat about the growth his brand is going through, and the commitments necessary to make League of Legends a success.

You've had a tremendous start of the year. Does it feel good to be the favorites in the LEC again?

It feels great to be the favorite, but it also feels great to be an underdog. Both have their pros and cons. For us, it is irrelevant. It doesn't change how we do things. It's a by-product of how we think about doing things. For us it's all about ambition, entertainment and empathy. Regardless of what people's perception of us is, we will always have these three pillars. That's non-negotiable.

Our ambition is to be the best possible team on every area in the company. Second, we want to be the most entertaining team. We make videos, are active on social media, we play, compete, we'll do anything. Third, we're the most empathetic team out there. We spend time fans and make them happy, whatever is required. We'll always have the fans at heart.

2018 was a year where we won about 20% less than in 2017 and 2016, pretty much in every game. But on the other hand, we gained the most amount of fans out of that year. We got 4.5 million new fans, which is ridiculous compared to previous years. That's why we created the G2army hashtag, because now we have the army behind us, you know? And the army cosplay the samurai everywhere we go, they have tattoos with the logo and G2 Army on their arms of calves. They're really dedicated.

Still, one of your pillars is ambition. And the start of 2019 must've felt exceptional then.

Absolutely. In 2019 we won the world championship in Rainbow Six: Siege, our Rocket League team is sitting at first place in the RLCS. Our Counter-Strike team is getting back on track, our League team is kicking ass, our Fortnite team is great, we've put together an Apex team, our racing team is the best in the world... Our Hearthstone team doesn't really compete anymore. They kind of compete, but for fun, you know? But they're more of a streamer team. Thijs' numbers are better than ever, for example.

So what we're doing keeps on growing, growing and growing. We're doing more stuff with fans, we've created a facility, we just opened an office, we're putting together a mobile app... There's so many things we're doing now that we were not doing before. We've hired so many people, and I'm glad that the company is able to scale now. Historically I've been micro-managing a lot, but our COO Peter Mucha has taught me how to manage people better. How to hire even better people. So now we get better people on board, and feel empowered to do even more stuff.

When the cameras are off - which matters the most many times - the whole office is still laughing, working and feeling committed to the goal of making this the best esports company in the world.

"We all have a responsibility as LEC to make League of Legends the most-watched game.
All of us are brought into that task."

You've just bought in to three more years of League of Legends - a big commitment. Did you have think long about it?

For me, this one was a no-brainer. League of Legends is the largest competitive video game on the planet. It's proven by how well it's doing, being the most-watched Western league from any game. It shows me that Riot Europe is doing an incredible job putting this together. The team owners from the LEC are all incredibly committed, smart people. We may disagree on some details, but the truth is that we're having fantastic conversations with people that know business, entertainment, competition and video games. That is key. The changes to the format of the competition look really good. All of us like it a lot. As proven again by the viewership and how interested fans are.

It has made you confident that for the next three years, the numbers will continue to go up?

Well if right now we 'go afk' and just enjoy the success we're going through, then three months from now we will look back and say "Oh shit, what the fuck happened? We lost our track!", you know? We all have a responsibility as LEC to make League of Legends the most-watched game. All of us are brought into that task. No, if we stop doing things well, League of Legends may not be the most-watched title in the West. So it's our responsibilty - G2, Fnatic, Misfits, as well as Riot - to make this game and this league the most-watched one.

You mention Riot as well. If there are format changes in the future, that can affect viewership numbers without you having much say over it. How will you approach that?

We will embrace any format changes that we, as owners, agree on together with Riot. We'll do our best to step up, learn to adapt and be the best in that format.