Laure Valée: "My goal is not to shine. My goal is to make the players shine." 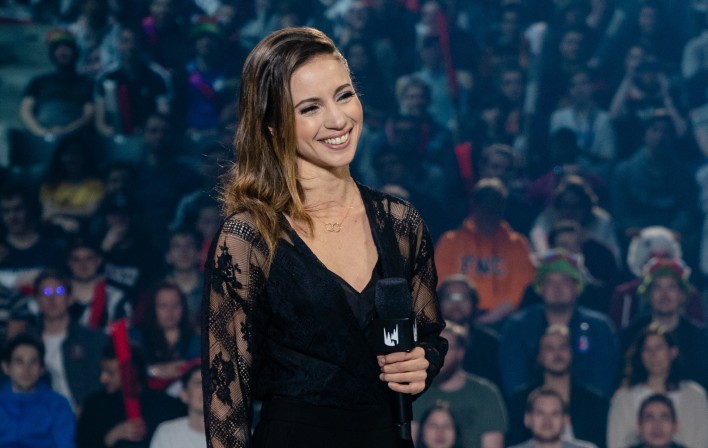 There were upsets, stomps and surprise picks - last weekend LEC crowned its Spring Split king: G2 Esports. After all was said and done, we sat down with interviewer Laure Valée to talk about falling in love with games, esports and the hard work required to claim a place among the best in the industry.

Take me back to the first game you ever played. Which game was that?

Ocarina of Time. Zelda. I'm a big Zelda fan - I have a Navi tattoo on my shoulder.

What in video games appealed to you so much?

I feel like it's a family thing, right? I was young, and I was raised in a family with older boys - my cousins and so on. So they were playing games, and their way for me to stop annoying them was to put me in front of a console. They placed me in front of a Nintendo 64, playing Zelda, so that was the first game I played. I was seven years old, I think? That's where it all started. I really loved the game, and I just kept being fed games.

When my cousins didn't want their old console, they just gave it to me. I was too young for them to play with me, because they were twenty-ish when I was seven, so they were really old. I was the annoying one saying "Hey include me!", which is why they just gave me the console, which was nice.

When did you make the shift to online gaming?

It came way later; I was a heavy console fan. I'm a really really big Halo fan. Actually, I think Halo is the first game that got me into competitive gaming online. I was playing with some guys I met online, and we used to do custom games and custom maps together. But what got me into esports was Warcraft III. I was a big fan of that game, and later on I really fell in love with esports through League of Legends.

"What got me into esports was Warcraft III. I was a big fan of that game, and later on I really fell in love with esports through League of Legends."

What attracted you to esports then?

This is a sad story... but I've told it before, so I don't mind. I was dating someone who was heavily addicted to League. By the end of our relationship he didn't spend any time with me, so I tried to reconnect with him. I felt the only way to reconnect with him was to play League. We split up later on. Actually I'm thankful for this one, because I wouldn't be here today if it wasn't for him. 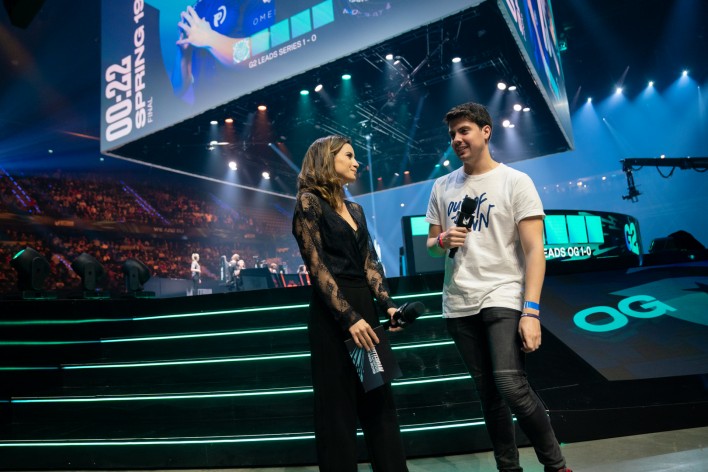 From loving esports you eventually ended up on stream. Do you remember your first broadcast?

Yes.. oooooh yes I do. That was a mess. I really hope nobody ever finds these videos because they're really crappy. It was Worlds 2014, back when it was in Korea.

Wait so you hope nobody finds the video, but you're giving me the specific event?

I won't give you the channel it was broadcasted on! [Laughs] It was a French broadcast - not the official one - so you won't find it. I was a guest analyst for the finals. That was my first ever appearance on camera. I sucked so much. I actually prepared a speech one day earlier, because of everything I wanted to talk about with regards to the game. By the way, this was how I fell in love with Mata, how he plays the game.

So I'm grateful for everything Worlds 2014 gave me, but I was so bad. They asked a rookie who didn't have any experience on camera, and who just started writing articles on a freelance basis, to be on camera and talk about the stakes of the biggest championship final ever. Because for me, Worlds 2014 was the biggest final ever, and it still is.

"I'm a polarizing person. Either people love me or they hate me, and all for the same reason: I'm French, and I bring something new."

Skip five years ahead, and there's a lot you've learned. We all see how you've improved as an on-camera talent. But what other important lessons have you learned aside from those directly relevant to your job?

To trust myself, I'd say. This is one of the things I struggle the most with right now. I'm a polarizing person. Either people love me or they hate me, and all for the same reason: I'm French, and I bring something new. Which they like or don't. I never trusted myself, really. I always had issues with that. Then on one day you're just put on the big screen, and just have to deal with some negativity. Even a few weeks ago, I couldn't sleep. Last year too. I couldn't sleep because of what people used to say about me. Right now I'm getting away from this.

So what I've learned from this - well obviously I speak better English, it's not perfect but I'm getting there - but for me it's all about self-confidence and the fact that I can grow in this industry without being focused too much on what people say. Before this job I never even realized I didn't trust myself. I basically feel like I'm naked on stage and people can judge me.

A while ago, Thorin tweeted that he hopes one day interviewers, analysts and hosts would be appreciated more...

Yes, and I agree with that.

Right, so then let's give the people a look into how you spend your time when you're not on camera. Because for viewers it might seem that casters are talking all the time etc., and then you appear and talk with a player for maybe two minutes.

Yeah, so the basics of my job is that in these two to three minutes, I have to get to what's important. You don't achieve that by doing the same thing with every player; every player is different. The first step of the job is getting to know the players. It takes time, because they need to trust you. Right now I feel like I'm building a relationship with them, so they're beginning to trust me. In these three minutes I have to get the most out of them.

I mean, the casters have to shine and they have to shine through their cast. But my goal is not to shine. My goal is to make the players shine. So it sometimes may feel that I'm asking a bland question or a stupid question like: "Hey, how do you feel?", like I did with Jankos about winning his freaking first title. But I have to ask these questions because it's my job to give this space for them to shine.

What I also try to bring in interviews is some analytical stuff. I feel like we miss that. It's difficult for me because I shouldn't repeat what the casters said, and I shouldn't anticipate on what the analyst desk is going to break down. So I have to stay in between and find my part. I'm finding it right now, but the difficult part of the interviewing job is to be in the moment and understand what's important for the viewers.

"My goal is not to shine. My goal is to make the players shine."

How do you get players to get familiar with you off-screen?

I often ask them questions, I talk to them very often. I spend all of my time on Reddit, browsing for interviews, look on Twitter to see what players are saying. I also watch VODs to discover who's playing what, how they're playing it and how it may differ from players in other regions. I really try to stay connected to the game every time. It's one thing to see a game when it's happening, but the way you can improve at your job is by being consistent and being aware about everything is going on.

Do you think hosts, interviewers and analysts over time will be appreciated more?

I feel like Eefje [Sjokz] changed this view a lot over the last years. She became a big figure not only in League, but in esports as a whole. She is amazing, and she is a great example for us all. I feel like the way she does things and the way she's committed to her craft is inspiring everybody, and everybody can see how dedicated she is. I feel like she took the first steps, and it's on us newbies to take the next ones.